Public Enemy’s rapper Flavor Flav has been arrested yesterday on suspicion of assault with a deadly weapon and battery after his fiance reported the pair had a fight. Arrested by Las Vegas Police, Flavour now faces up to 6 years in the slammer if found guilty and is currently on bail.

Knowing the band are headling the Freeze Festival next week, will Flavor be allowed to leave the US? We will soon find out but PE are set to still play. 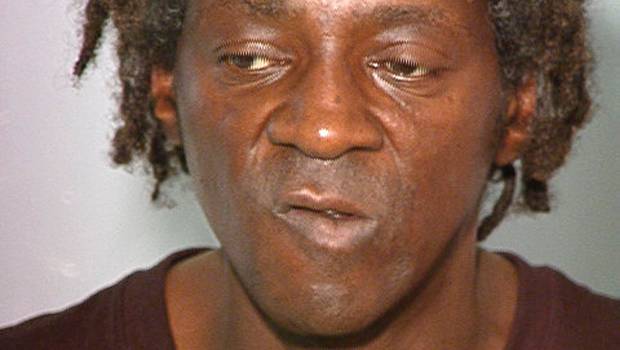 The Olympics appears to be a non-stop controversy creator at the moment, whether it be for the authority’s placing missiles on residents’ homes, obscene traffic chaos or going massively over the original £2.3billion budget. But the thing that’s really got our blood boiling is the tale of a young woman who was asked to remove her t-shirt that brandished the logo of 80’s rock band Weapon “as it might offend people.”… Wow. How Ridiculous!

“A young girl and friends go to see the Olympic torch go through their borough. After a couple of hours a steward comes over and asks one of them to a tent. All four girls go to where several police officers are waiting. The girl is asked, ‘What does the writing on your t-shirt mean?’ She says it’s a rock band’s name. She is told she will have to remove or cover it up, as it might upset other people since it advertises weapons. This is happening as the army is standing around with guns…”
When the Olympics are supposedly a celebration of all culture, not just sport, this story sounds even more ludicrous.

On July 26th Dizzee Rascal, Mark Ronson, Katy B, You Me At Six, Rizzle Kicks, Wretch 32, Morning Parade, Little Comets and many more are set to perform at Hyde Park for an Olympic celebration show. God forbid they or any of their fans should appear wearing anything that could be seen as mildly offensive, the authorities would have a field day overdosing on political correctness!

If the only thing the organizers have to worry about is a t-shirt logo it should mean the Olympics will run smoothly without even the tiniest of glitches… We won’t hold our breath!

Atlanta’s garage-rock machine Black Lips return with a brand new video on VBS today of new track “Go Out And Get It” shot in the Bahamas with a bunch of beer and some girls in bikinis. The new track sounds like a return to form for the lads who have been produced in the studio for the very first time by New York knob twiddler, Mark Ronson.

The new album titled Arabia Mountain doesn’t currently have a release date but we have heard 5 tracks on the sly so if you dig their cheeky, psych nuggets tunes of old then rest assured you will be one happy dog when it lands in June.