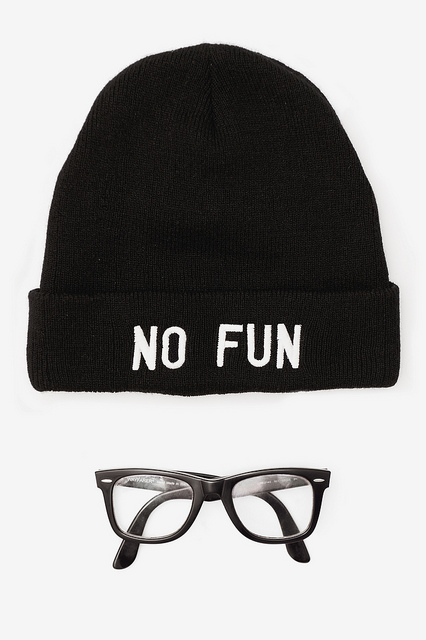 The South Coast has always produced a variety of interesting degenerates within the skateboard scene. Some say that it must be the sea air that assists the extraordinary to achieve such valuable creativity, or maybe there’s some sort of phytogenetic seed that is carried through each generation that stimulates the next batch of skateboarders to be as extrovert as the last.

Brighton’s scene is full of said personalities, so who better to discuss them with other than local skate photographer Richard West. Rich is 24, an email buddy of Beyonce’s and would tell you himself that he is one of life’s ‘failed skateboarders’. Somehow, Rich was nominated to capture Brighton’s vibrant skateboard scene because he loves taking photographs, and he does it very well.

“I started shooting photos at about the age of 19 but I have no idea how I got sucked into it. Something made me want to start though, so I spent a few years studying at Brighton, which was rad. I guess it was a standard situation where I didn’t do enough work, even though and I now wished I had, but that’s hindsight for you.”

Most photographers would admit to waking up daily with a desire to push forward. Rich is no different. There’s always another spot to find, and even a new angle on an old one too.

“If I was to describe my style of shooting I would say OTT, verging on obsessive compulsive. If I see something that I feel is wrong, I will go insane. I won’t show anyone anything until I feel it’s to a standard where I feel it might be OK for the human eye to see. Usually it isn’t, but sometimes it’s borderline.”

Is this behaviour what makes skateboarding exciting though? Is it natural for us to aspire to new levels of creativity? Of course it is. The best skateboard photographers out there all face this outlook. Striving to return from a trip knowing that the goods could arrive once soaked in water to swell the gelatin layer.

Thesedays, once the card is inserted into the computer and the download bar reachs completion, the goods are there to see much faster than yesteryear. Rich currently shoots on a Nikon D700. His flash setup “looks like something from a 90s skate video and it’s all tucked into a bag that looks like i’m going on holiday everytime I go out! I keep forcing myself to shoot film so I recently bought a Pentax 6×7. It’s a rad camera but a bit of a nightmare to take around.”

Speaking about the snappers that have inspired this notion of perfection, Rich believes there are actually: “far, far, far too many amazing skateboarding photographers out there! Far too many!” But the names that are mentioned include the work of Alex Burrell, Sam Muller, Brian Gaberman, Lex Kembery, Scott Pommier, Percy Dean, Wig and Rich Gilligan, to name a few. “They are all amazing, especially for their love and continual persistence to shoot film- something I wish I did a lot more.” And as the wind blows, Brighton’s finest will not make any plans and roll with the program. He certainly will not feel like a failure if they don’t work out.

Enjoy the view through Richard West’s lens in our first of many Exposed features we have lined up, where skateboard photography or film are explained by those in and around the action. 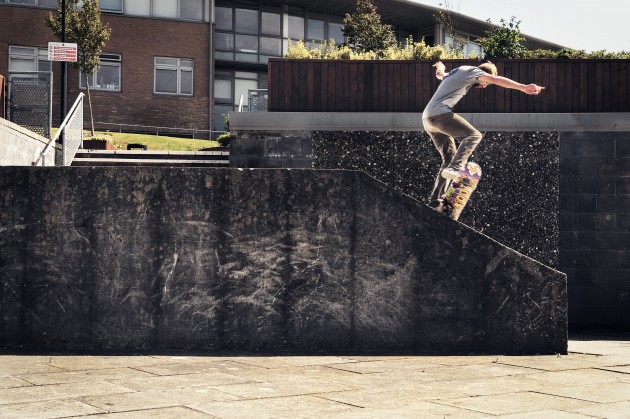 “This spot is notorious to Brighton. It’s one of the only hubba’s around the south and it’s also one of the worst things to skate. As soon as you and your board connect with its crusty haggard edge, you are almost automatically thrown straight to the floor like a sack of organs. You will be able to see this clip in an up and coming Andy Evans video which is sure to be filled with skateboarding puns and terrible 80s music.” 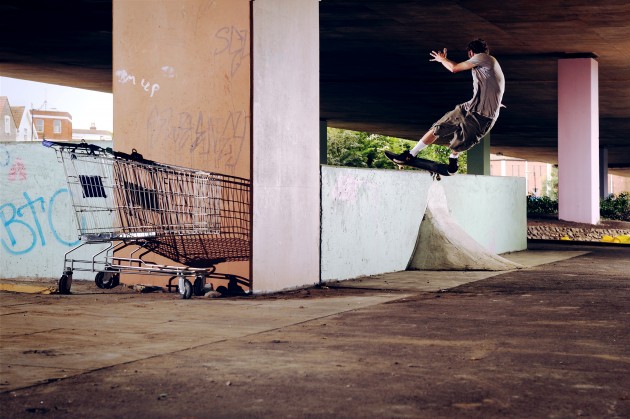 “Stevie Thompson officially makes the best shapes around! This Hurricane was a shot from a recent trip to Bristol and after seeing the DIY spot in footage we had to give it a go! I can’t describe how hard it was to skate! To be honest, I didn’t even bother trying, but Stevie came through. Not bad for a 37 year old! Haha!” 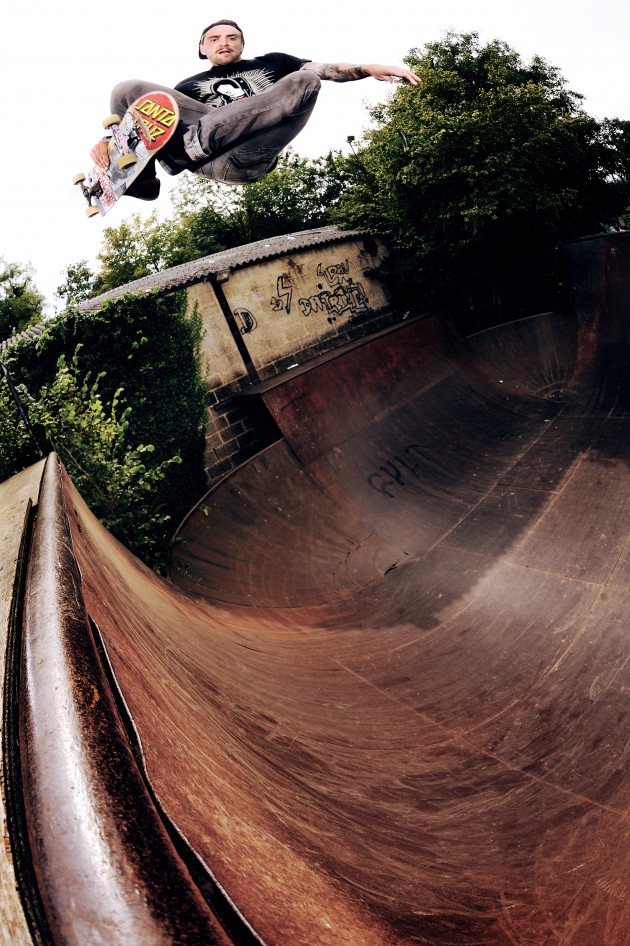 “This is one of the best ramps in the world (or far from it). This was shot at a place called Crowhurst. A small, pointless, uncounted-for village in the middle of nowhere, that is graced with a 11 foot rusty vert ramp bowl thing. It’s owned by a metal worker who built it for a local BMX rider that he noticed, who needed a place to ride many moons ago. It’s made from a number of rusty steel sheets of metal that have now started to come up. Just under the coping, the ramp has started to corrode away, leaving a nice hole that you have to avoid of risk falling to your rusty death! If for some reason you are in the area. you must check this thing out! It’s like nothing you will ever skate, but don’t go there on a Sunday as you will be shouted at. Oh and this is Ewen doing a trick, but who cares.” 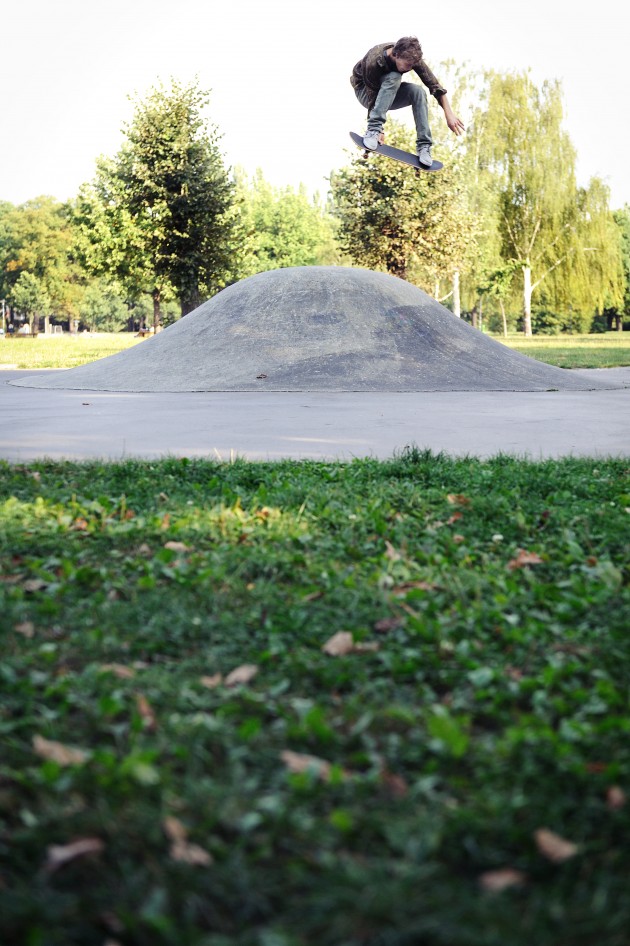 “I recently went on a trip to Berlin with the Drawing Boards lot and it was one of the most interesting experiences of my life. Living in a gypsy wagon surrounded by hippies is essentially my worst nightmare. That said, it was a really good trip with many a trick landed. This is Jak Tonge. Watch out for the new video ‘Draw the Line’ this December, it’s sure to be good!” 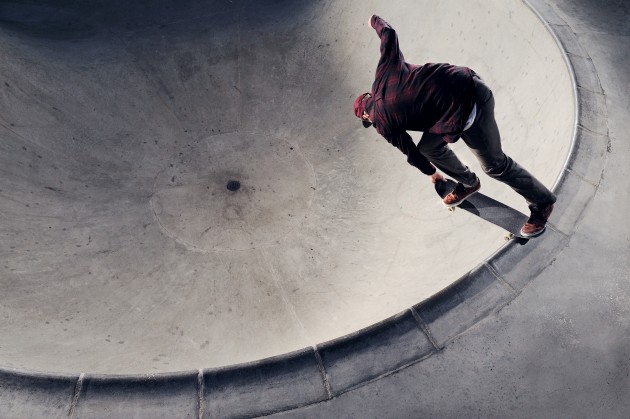 “Matt Ransom is one of the biggest hippies I know. I was fed up with seeing fisheye shots of Shoreham skatepark. Yes, I know anyone who is reading this that knows me will think what a hypocrite, as I am a fisheye fiend, but that’s not the point. This was my attempt to do something different, that is actually, not that different.” 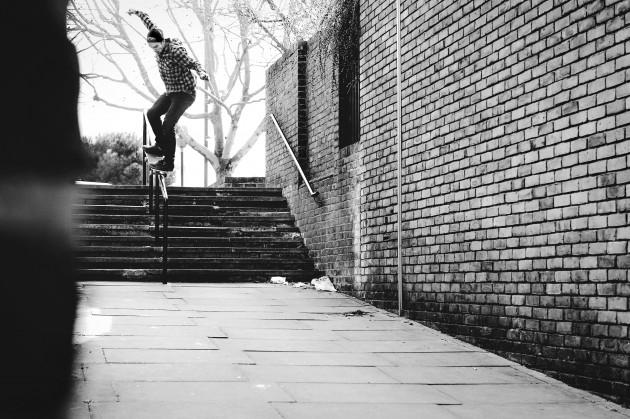 “Interesting story with this. We visited a spot before this just down the road. We had previously been warned that day of the sketchiness of the area but Ewen assured me it would be find. On arrival we took ourselves down to the spot and had a little look. Not even setting foot on out boards we hear a loud “YOU MUST BE FUCKING KIDDING ME!” We look aside to see a huge dude coming towards us squaring up to Ewen. He obviously didn’t like skateboarders, so we left. Ewen did the 5050 in about 4 goes. He’s pretty good.” 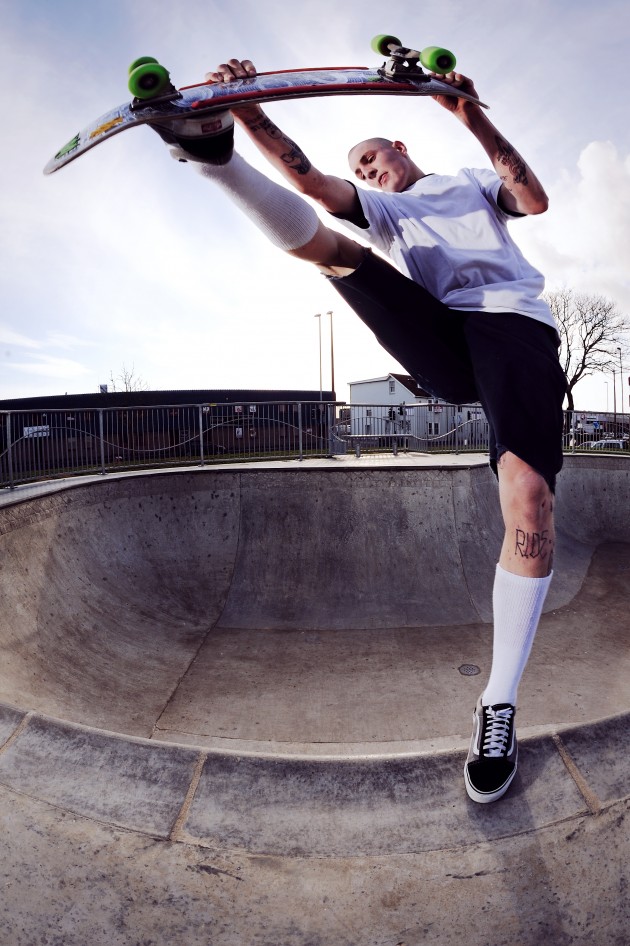 “Contradicting what I said earlier, I’m a sucker for coping fisheye photos! Haha! Well to be honest, I hate them, but hanging out with people like Craig and Jake you pretty much won’t ever be able to escape them. They are far too consumed by 80s skating which is funny and also sometimes really annoying.” 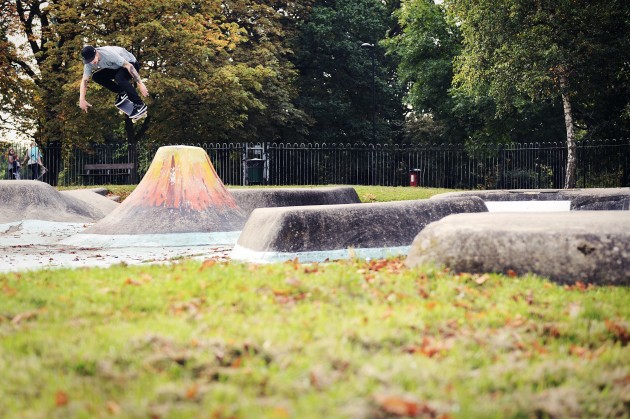 “I hate Ewen, but he does have some good tricks. Not bad for a cowboy.” 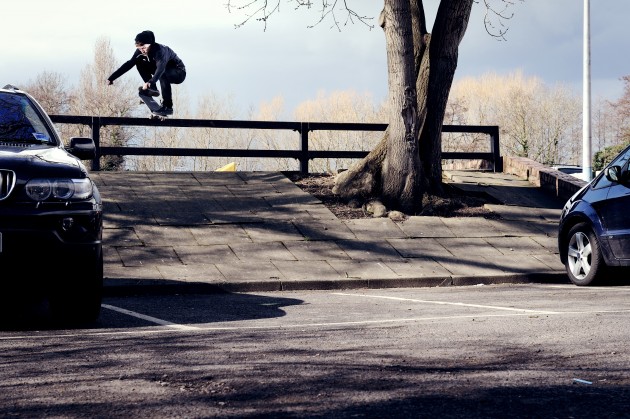 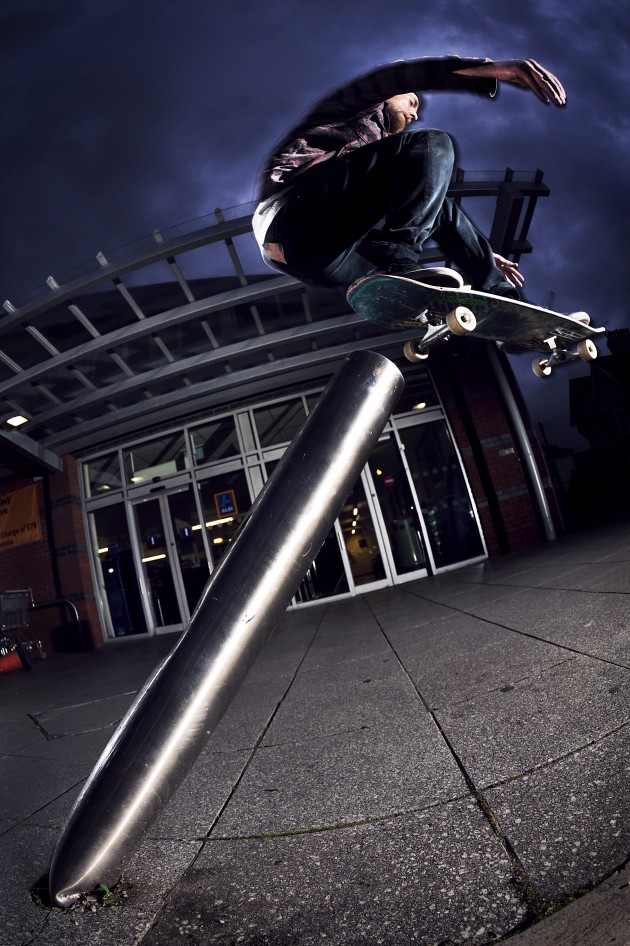 “Polejams are one of the best things to skate and a rare treat! Pat is also sick at skating even if half the time he doesn’t know what’s actually going on in front of him.” 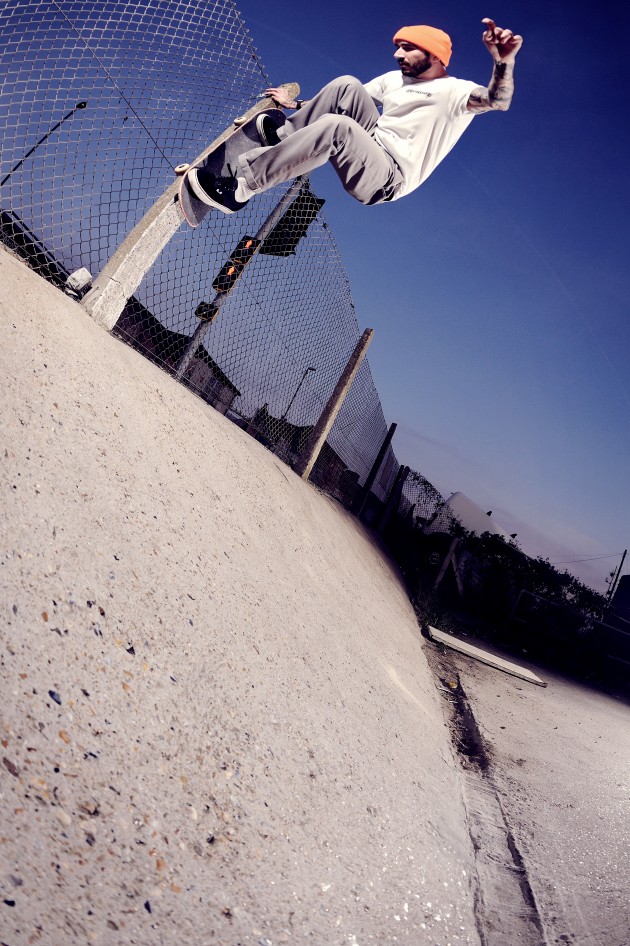 “Jamie is an interesting dude. You can never tell where he is going to be the next day. He has a Grubb’s burger tattooed to his leg in the hope they would give him free burgers for life. Sadly they did not.” 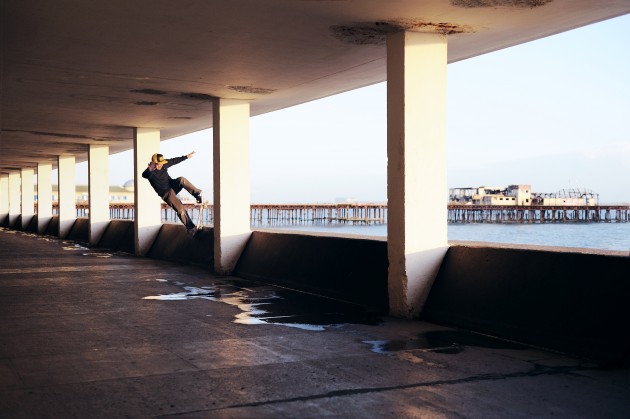 “Joe Sandand, AKA Hastings off the forum (sorry for naming you out) is a horrible person. Not really, but he does look like the lost member of Right Said Fred! This photo was shot not too long ago, at a legendary spot called Bottle Alley, shown on ‘Britain’s Toughest Seaside Towns’. It’s a horrible place that smells of piss, filled with all sorts of nasty Hastings characters throughout the day selling drugs and having sex on the steps (no joke). It’s a rad spot though and well worth a visit!” 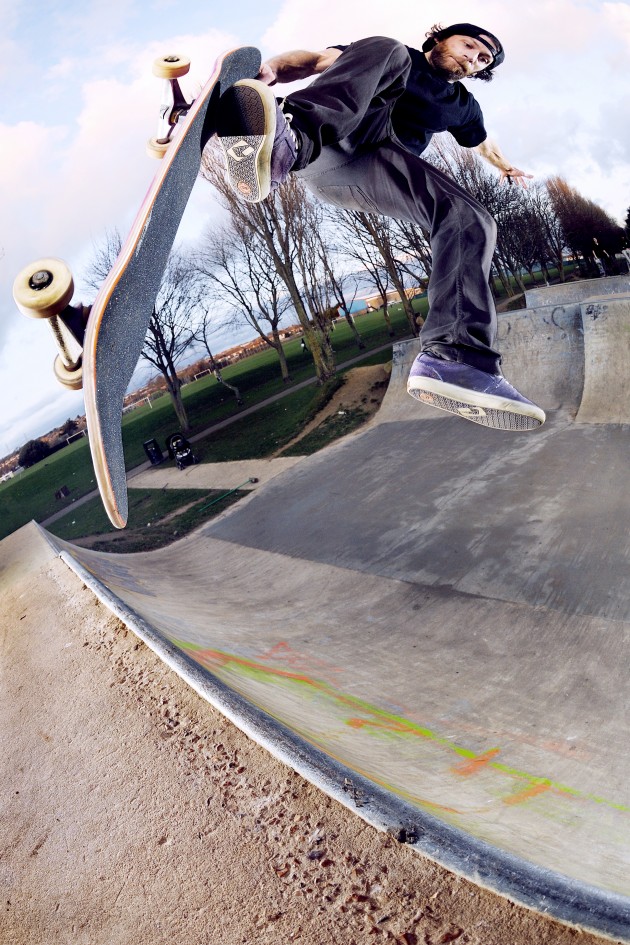 “More from Stevie Thompson. He is always rad to shoot. His knowledge of skateboarding is far beyond anything that any skateboarder could ever dream of too and that. All you need to do is give him a can of cider and stick him in Stockwell and you will see just how competent he is on his skateboard. He’s also a violent drunk. Haha!” 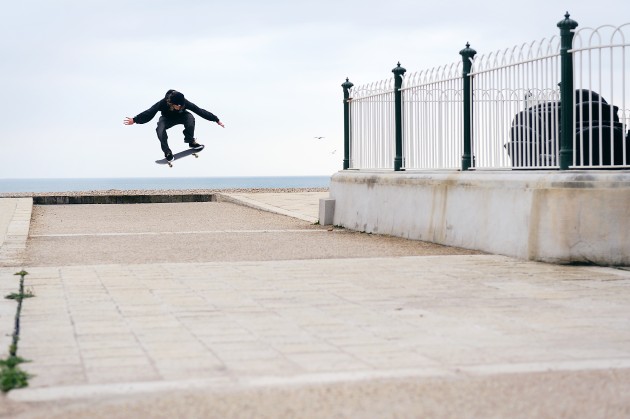 “Finally, Zak (Isaac Miller) is sick at skating and it’s a rare sight to see him out of the Level haha! When he skates, he waits for no one and just goes for it straight away. It’s kind of the situation where you either get it or you don’t, because he would have probably nailed it in the first 5 attempts. Switch ollie.” 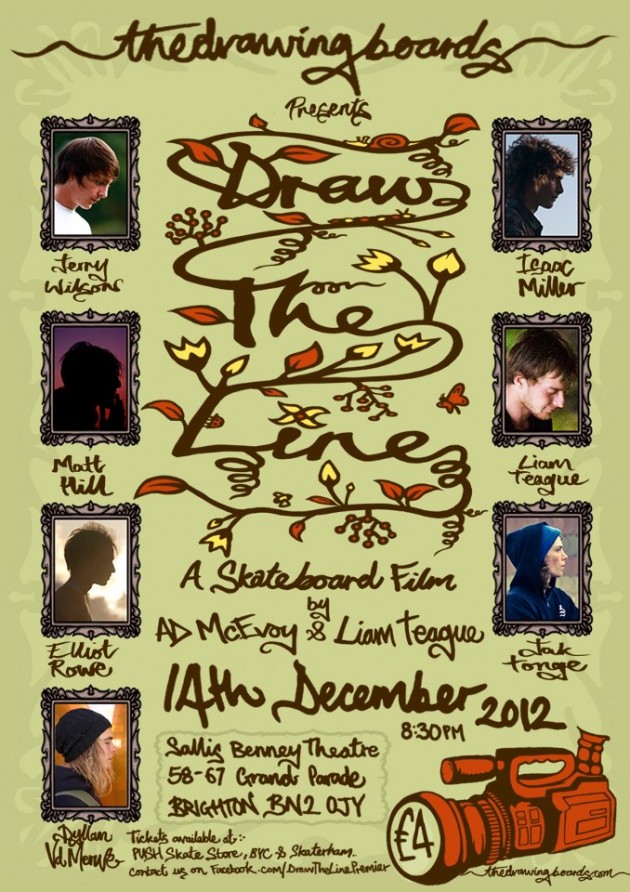 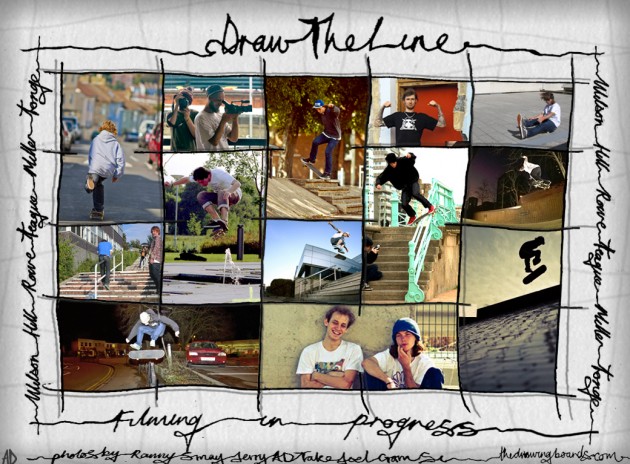 Click below for a video of the session and get stoked on this newly built Wheelscape park in East Hampshire that boasts both street and bowl terrain.

Jak Tonge has outdone himself on the Shoreham rail this week as he nails not 10 but 11 tricks for Drawing Boards in a session that kind of just happened.

Watch below and the next time you’re session takes an unexpected detour why don’t you make the most of it and make a ten trick edit? Watch and have fun!