Not only does August host some of this year’s best festival line ups, there are plenty of gigs going on too. Here is the lowdown from Crossfire HQ on what dates to put in your diary and who to see over the coming month:

Hardcore legends 7 SECONDS are in the UK for the Winter Gardens festival in Blackpool and a show in Leeds this Saturday at the Brudenell Social Club with Agnostic Front, but Monday’s show at the Underworld in Camden with Madball should be killer.

DEEZ NUTS
Combining Hip-Hop with hardcore, Deez Nuts are a one crazy band to see live. They are also the sort of band you will either love or hate but in their own words, they ‘Don’t give a Mother-Fuck!’.
2nd Club Revolution & District 7 –Peterborough, 3rd Hevy Festival – Kent, 5th The Venue (formerly Krash) – Newcastle, 6th The George Inn – Andover, 7th Hobos – Bridgend

FUNERAL FOR A FRIEND
Now joined by ex-Rise To Remain drummer Pat Lundy, Funeral For A Friend are playing a couple dates over August to subtly remind everyone that they are one of the UK’s best live acts.
2nd Sub89 – Reading, 3rd The Pavillion – Weymouth

GRIZZLY BEAR
Grizzly Bear are one of the most experimental indie bands out there at the moment. Fusing a whole load of different instruments (including banjo, keyboards, omnichord and glockenspiel) with electronics this Brooklyn based band are sure to put on a mesmerizing performance.
28th The Junction – Cambridge, 29th The Albert Hall – Nottingham

HEAD AUTOMATICA
The pop/rock n roll side project of Glassjaw’s Daryl Palumbo should be on everyone’s guilty pleasures list. The band haven’t been over to our shores in goodness knows how long and with some pure pop genius they will definitely get the crowds dancing.
5th Cellar – Southampton, 6th Relentless Garage – London, 7th Sound Control – Manchester, 8th Garage – Glasgow, 10th Rescue Rooms – Nottingham

HEVY
In case you haven’t noticed, we’re a bit excited about Hevy, the line up is unbelievable. Be sure to party hard with Andrew W.K. on the Saturday night and check out what other bands we recommend catching here.
3rd – 5th Port Lympe – Kent

POLAR BEAR CLUB
As well as an appearance at Reading & Leeds, the brilliantly named Polar Bear Club squeeze in a London date in at the end of the month. For fans of Small Brown Bike, Third Eye Blind, Silent Majority, Hot Water Music and Lifetime. The tour continues into September with support coming from the exquisite Into It. Over It.
24th Leeds Festival, 26th Reading Festival, 31st Borderline – London

RADFEST
Presented by SEXBEAT and Nudie Jeans Co this years festival has expanded to a secret warehouse complex in Hackney after selling out in previous years. The prospect of Ceremony, a Poster Roast exhibition and a Kristina Records pop up store all in close proximity sounds mouth watering to us.
19th Hackney Down Studios – Hackney

READING & LEEDS
The Cure, Gallows, The Gaslight Anthem, Enter Shikari, A Wilhelm Scream, Alt-J, Cancer Bats, Mastodon, At The Drive-In, Every Time I Die, Pure Love, Anti-Flag, Trash Talk… Don’t need to say much else really. Oh other than there will be a whole load of awesome newcomers to watch on the BBC Introducing Stage.
24th – 26th Reading & Leeds

YOUR DEMISE
Having put out a record that divided fans earlier this year, Your Demise are back on the road to promote said album ‘The Golden Age’ on the ‘Golden Monster Tour’. The YD boys always put on a good show and with these being some of their most intimate dates of late its sure as hell going to get sweaty. Support comes from the ever promising Last Witness (Holy Roar Records).
13th Sub89 – Reading, 14th The Mill Arts Centre – Rayleigh, 15th Waterfront – Norwich, 16th Club Revolution, Peterborough 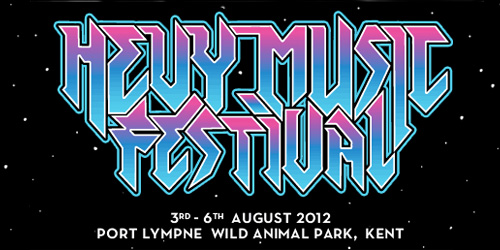 Brutality Will Prevail, Broken Teeth, Demoraliser, Napoleon, Brotherhood Of The Lake, Grade, Acoda, Page 44 and Never Means Maybe are the last of the bands to be added to this years Hevy which takes place between August 03 and 06 at Port Lympne Wild Animal Park in Kent.

Although all are worth watching, out of the latest additions, the bands we most recommend catching are Brotherhood of the Lake and Demoraliser. Brotherhood of the Lake for their heart-wrenching emotive hardcore that commentates on dark subjects such as depression with great honesty. And Seige of Amida Records signed Demoraliser for their bone-crushingly heavy metalcore.

So the final line-up is insanely strong with the bill including Deez Nuts, Deaf Havana, Sharks, Bury Tomorrow, Feed The Rhino, Madball and Devil Sold His Soul plus all the other bands we mentioned above and on our must watch list. Here at Crossfire HQ we’re pumped and if the weather stays this beautiful (fingers crossed!!) Hevy is sure as hell going to be a weekend to remember. Tickets are still available, what are you waiting for? Pick one up now! 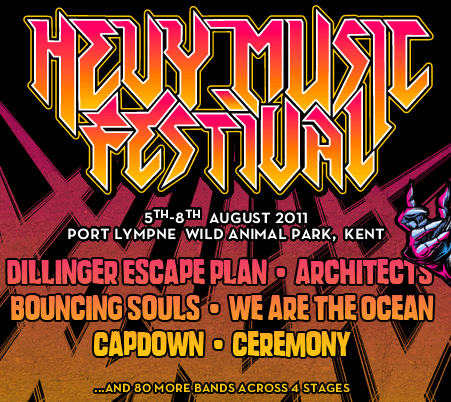