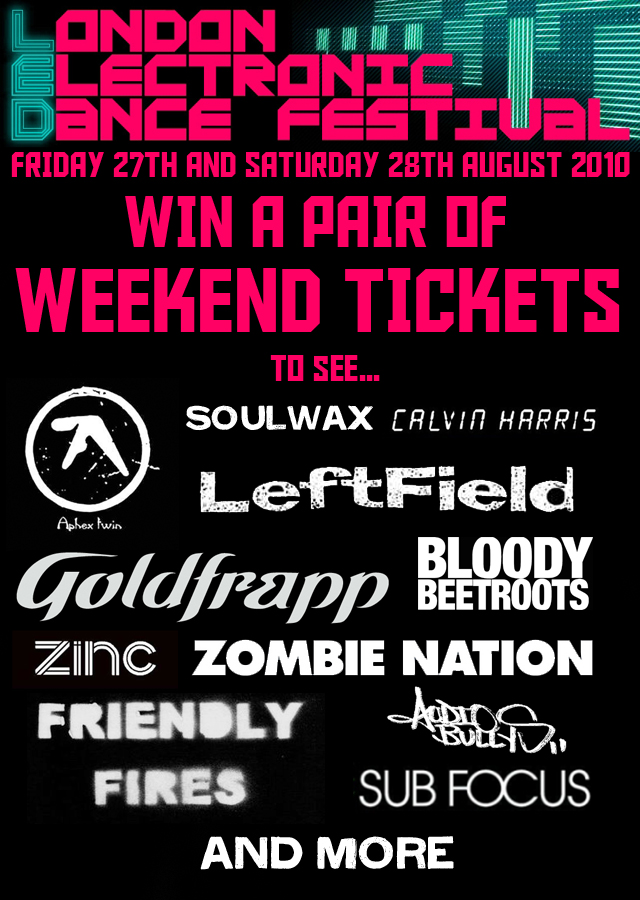 Headlined by giants of old and new, Leftfield and David Guetta, the roster features a wide range of artists who have made their mark and a large handful of new and upcoming acts, including a guest appearance from one of the most influential electronic acts, Aphex Twin.

Click here to read a little interview with Audio Bullys who talk about what they plan to bring to the event.

We have five pairs of weekend tickets to give away so be sure to give yourself a banging party this August Bank Holiday and answer the question below for a chance to get your hands on them.

The competition deadline is the Tuesday 24th August so get going!