Crossfire have five pairs of weekend tickets to the first London Electronic Dance festival to give away this week so head over here to see how you can get your hands on them.

To get you hyped on the festival, Tom Dinsdale from Audio Bullys met up with the L.E.D crew earlier to discuss live shows and their upcoming performance at the festival. 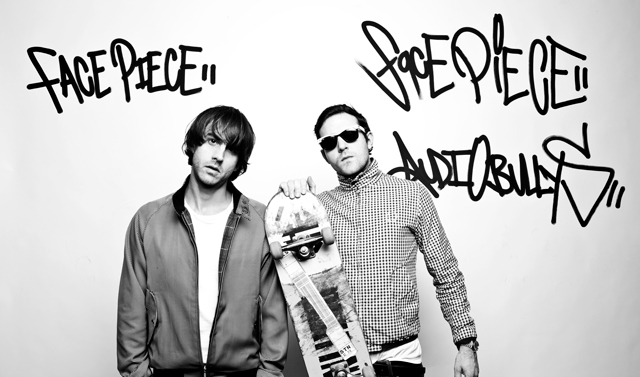 You are playing at the very first L.E.D festival, how does it feel?

Cool to be part of a good event in London

What can your fans expect from your show at L.E.D?

An hour of Audio Bullys.  As loud as the limiters allow.

How is Si feeling after his ear problems?

He’s fine now. We’re both probably nearing deaf though the amount we listen to loud music. In ear Johnny’s are needed,  just can’t seem to use them though. I like the rawness of really loud music, what can I say.

You guys have a busy touring schedule, how do you keep healthy throughout the runs?

Exactly that. Running, gym, sauna – and Sinatra used to do saunas before anyone says it’s gay.

Hardcore running is the answer though. Everyone says it but it becomes like a drug in itself. Massive amounts of blood rushing round the body and your head. Feel pretty unstoppable after a half hour run.

What do you love about the UK crowds?

I think they are cool. They know about good music and fashion, the girls dress well and they aren’t afraid to lose it and give back energy. The last thing I remember was Wireless Hyde Park in a tent which was a lovely crowd.

Do you have to change your performing style when you move to a festival stage rather than an intimate venue?

That’s more for Si to do on the stage but we pretty much do the same for either.

As L.E.D fast approaches, have you got any surprises in store for your fans?

Just a couple of new bits that have been banging the fuck out of festivals the last few weeks. And course the biggest of our tunes from back in the day…

Can you tell us in 3 words what the show will be like at L.E.D?