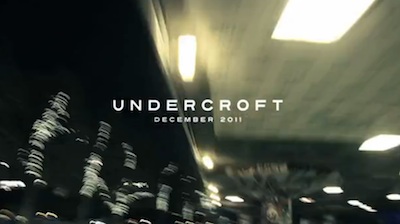 Hold Tight Henry has released another Spacial Dependents edit featuring footage at the Southbank during the filming sessions with Mekka for the Slam video, City of Rats.

“Determined to give as accurate a snapshot of the scene as possible, the inclusion of such staple figures in London’s skate community was a must. I met him down there late and chilled for a few hour, bunning and reminiscing about the golden years of Shell Center (look out for some bloggage on that front soon) until the place was quiet enough and he set about his work. Mekka is not someone you would fuck with on road; tough and experienced in the most shady of situations, he aproaches his skating much like I imagine he does the rest of his life – by not fucking about.

“He was trying a line ending on a powerful frontside nollie down the bank to flat, a path rarely taken when the infamous 7 set sits right beside it waiting for the lemmings to fall. He landed on every attempt, either buckling under the impact of his epic pop technique or hitting one of the many elevated slabs that litter the roll out. At one point I’m pretty sure he broke or fractured his arm, having already crippled his shoulder and snapped his board. Either way he did not skate after this night for a good month or so after getting a cast on it. But before that he just drank some beer, smoked a joint and ploughed through the pain until he rode out a few goes later, the results are one of my favourite clips from the video.” 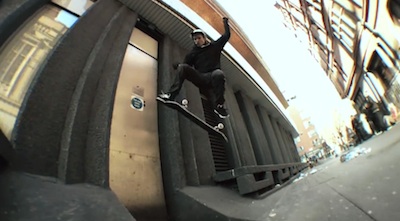 Henry Edwards-Wood has rolled out a new blog this morning titled Spacial Dependents highlighting the wonderfully bizarre situations he finds himself in to film specific tricks at various spots. His first entry delves into the High Holborn piss spot gap depicting the mission of Steph Morgan.

In his own words:

“Filming skating is a funny old game, in a way you feel like your trying the trick yourself, willing your subject to succeed whilst perfecting the choreography of your own slightly altered path. The rewards are a few seconds of raw kinnetic connectivity between man, wood and his surroundings, immortalised in twenty five frames per second. It always seems so simple when you watch the make, but it is the process that feeds the elation.”

Keep your eyes on this one.