It’s not everyday you get to meet someone as inspiring as Richard Branson, but yesterday we managed to get some of his precious time in his Oxfordshire home for a chat. Back in the 1960’s at the age of just 16, Mr Branson started a magazine for students which led him to open a mail order business for music and a record shop in London. His passion for music led him to open Virgin Records, signing a plethora of artists that included punk rock legends the Sex Pistols and the ownership of over 400 other companies since.

Why should you give a hoot about this today? Well, he got off his backside and opened doors for himself and many others. Maybe that will inspire you to think that you could do the same today or at least get you thinking that if you have positive energy you will at least pull that tre flip you been working on in the next line you are planning to film. You can do what ever you want and enjoy working for a living if you apply enough to the dream and want it enough.

Richard Branson played a small part in inspiring us to start this very mag. One day back in 1995, Branson was traveling into London via Sutton where we all grew up skating. He pulled his car over, walked through the doors of our local pub, joined a bunch of skateboarders at the pool table, got the beers in and started potting spots and stripes with everyone. He was full of energy and presented himself with that beaming smile on his face. You can imagine the instant euphoria of such a random situation but essentially, that day, his billionaire status changed, and he was one of us.

His passion and drive seem to be never-ending, so we hope that one day maybe he will appreciate the skateboarding scene that has been built by so many hard working people in this country. Maybe he could have a role to play and help us to fulfill a dream we have, which is to keep people motivated, bring people together and excite this generation and welcome the next. Only time will tell, but for now, get hyped on the fact that Branson’s garden has the remains of a mini ramp in it. It may not be the Mega Ramp, it may not have seen a session in time, but this is a reminder that skateboarding reaches far beyond the unexpected. 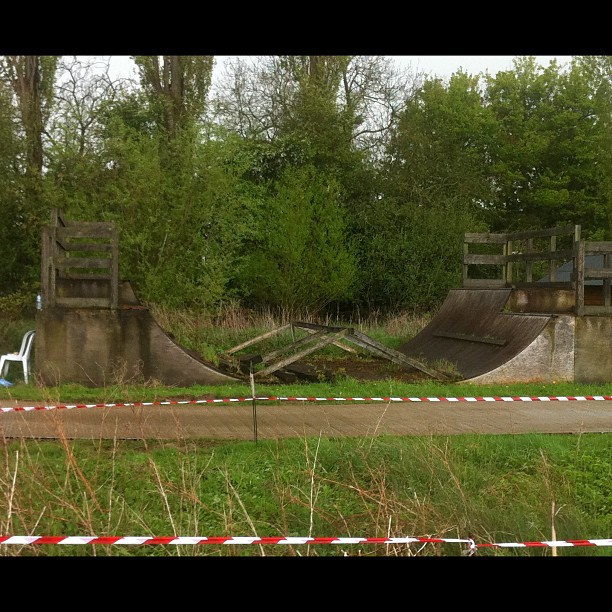