It took a lot of hard work to get the new Radlands Plaza together in Northampton, but everyone involved worked as a team and put this legendary town back on the map with a new park. Wheelscape roll out an edit of how it all came together.

Northampton Radlands Plaza – The Build from Wheelscape Skateparks on Vimeo. 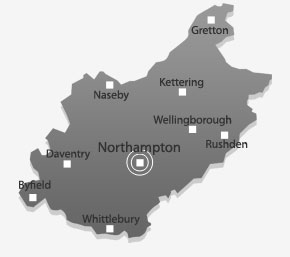 Northampton’s skaters are getting closer to getting the skatepark they have waited for, for years. This clip featuring Vans cheese Kevin Charles confirms that harmony has been reached with the council on the location with the beautiful Midsummer Meadow likely to host the park.

This is another victory for local skateboarders who have not stopped asking for somewhere to skate since the closure of Radlands. If you are nearby then look out for the design plans and expect the park to be open in Spring 2012.

Skateboarders in Northampton are facing more pressre from their local council after new fines were put in place last week to curb street skating. Despite a huge backlash to the plans from locals in January the new laws have been out into place to clamp down on nuisance behaviour that include sanctions on dangerous and nuisance skateboarding.

Locals have worked with the council to get funding arranged for a new public skatepark which is looking likely to be built next year but for now will have to get used to the fact that fines of up to £500 will be issued if the law is breached.

Back in the late 80’s and early 90’s indoor skateparks where hard to find in the UK and with many winters of discontent, skateboarders had very little choice compared to the unbelievable amount of skate parks in and outdoors that are built for us these days.

One park in particular that lead the way was Northampton’s Radlands, that hosted many comps and sessions that went down in skateboard history and since it’s closure back in 2004 local skaters have had to put up with fines being dished out if you skated in the town and have been against the grain in terms of people listening to calls that they needed a new skatepark.

This week it has emerged that Northampton Borough Council will help to “fund the creation of a skateboard park of “national importance” in the town”. £250,000 will be raised to fund the project and a location is being sourced although possible locations include The Racecourse, Midsummer Meadow and Sixfields. The park is said to be ready to ride in Easter 2012.

Well done to all locals who made this happen, let’s hope that Northampton will be back on the map for UK skateboarding.

Enjoy this footage of Tom Penny at Radlands from 1995.