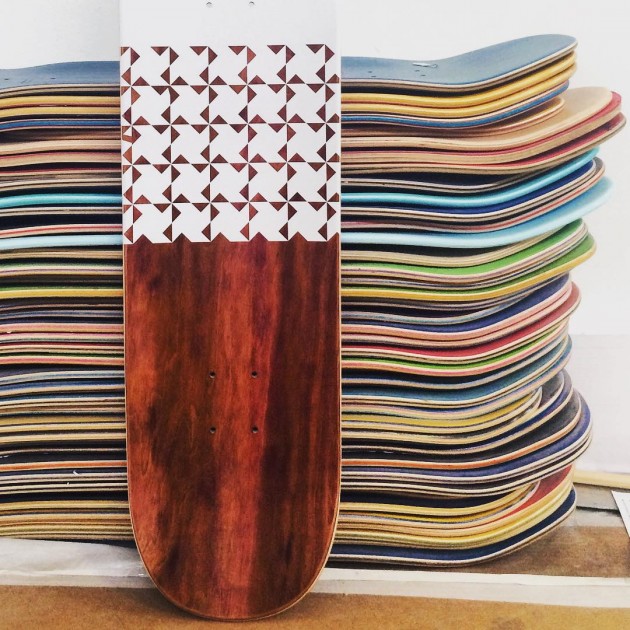 The guys at Mother Collective ran into some legal nightmares only a few months after launching their new skate company and were served up a cease and desist letter. Like any name thesedays, it’s tough to find one that isn’t owned by someone else, even if it’s not for the same goods, but it looks like they’ve nailed the issue head on.

You can imagine the amount of stress this would have caused but they have fought it and re-launched this week under a new name, so welcome Quasi Skateboards and their new first run of decks that look incredible.

Nothing has changed other than the name so look out for these colourful gems in your local skate shop. 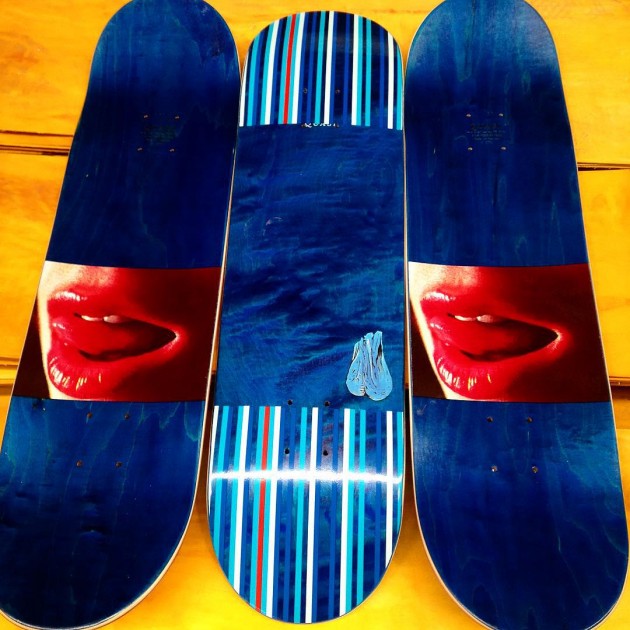 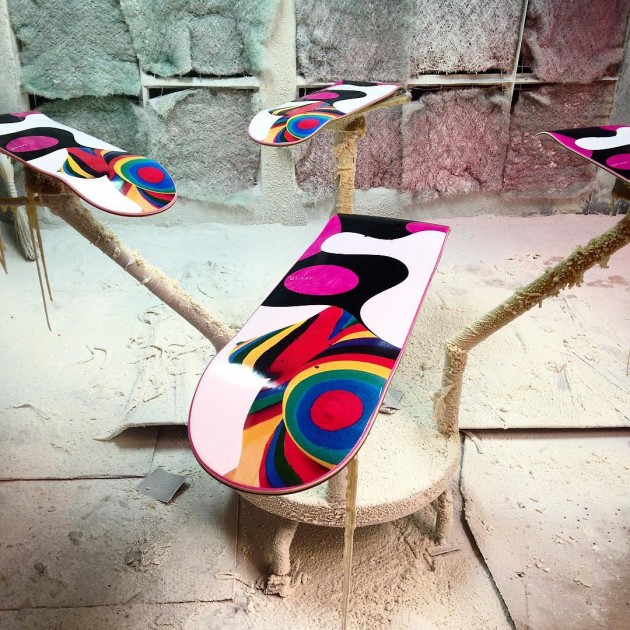 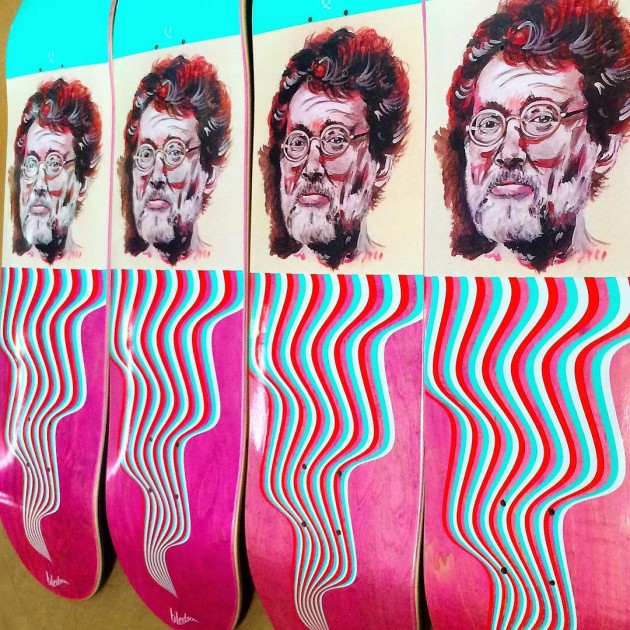 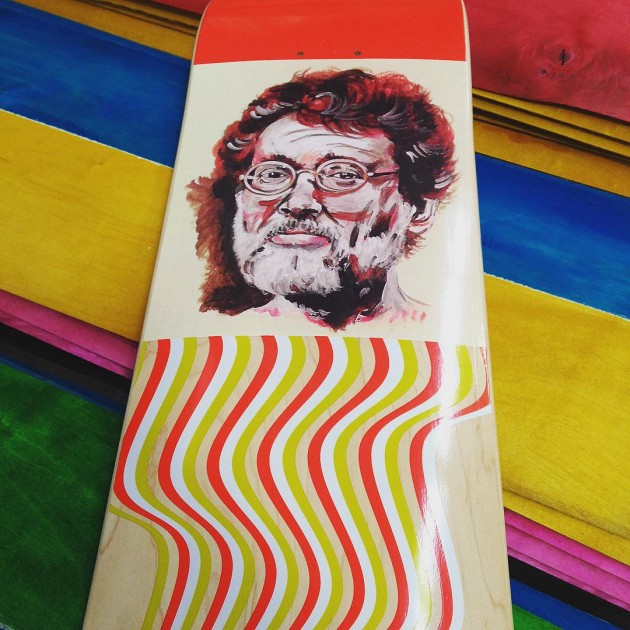 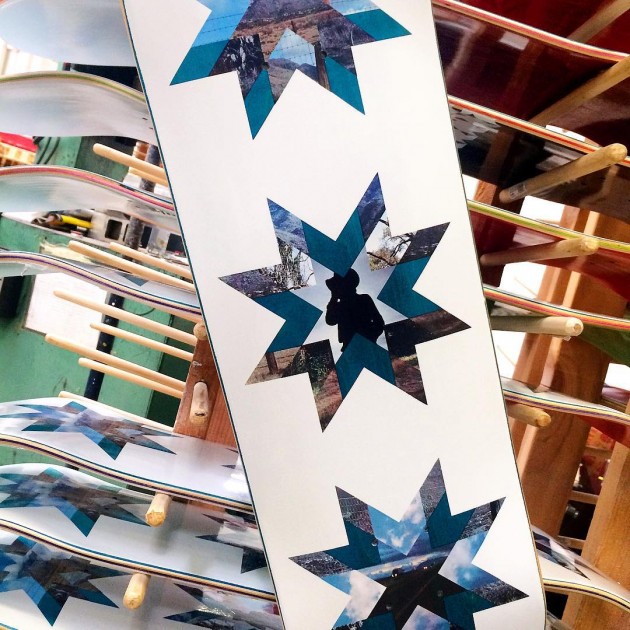 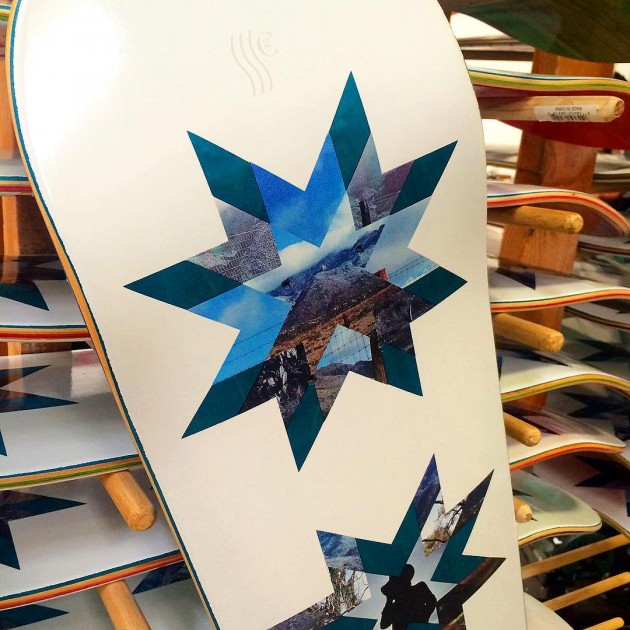 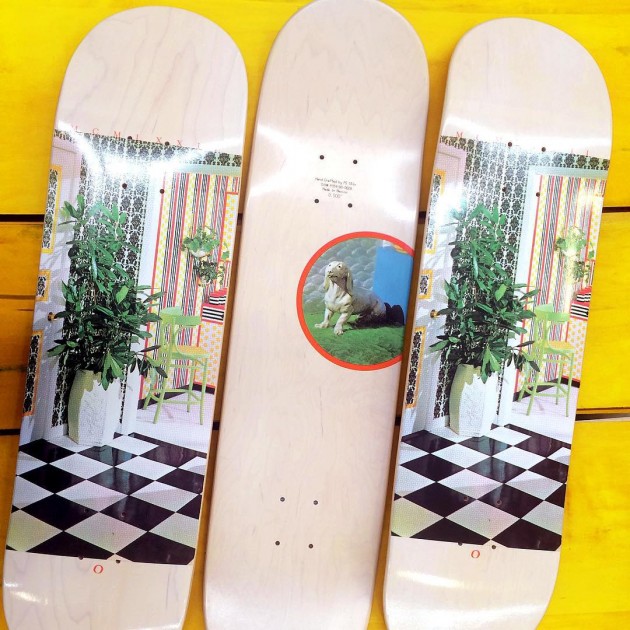 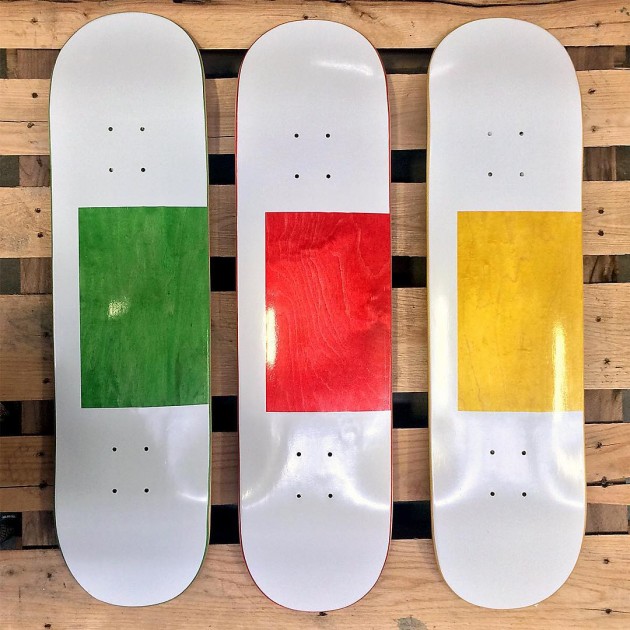 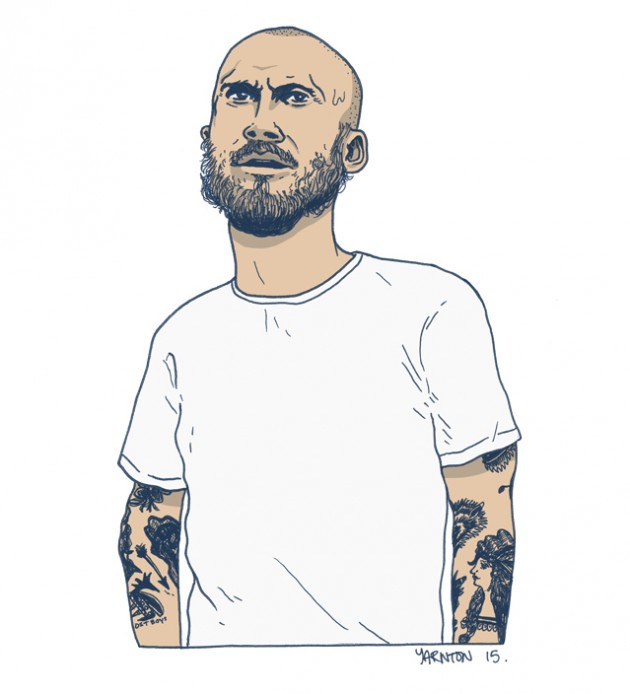 One of the best parts of being involved in skateboarding is appreciating someone else’s natural ability to ride one, especially when they are straight-forward rolling like Gilbert Crockett. The Virginian may have been left in Alien Workshop limbo with the rest of the team exactly a year ago, but it didn’t slow down his ability to progress whatsoever. He just pushed faster.

With a killer new part under his wing in the new Vans Propeller movie and launching a new skate company, Mother Collective, he’s had his work cut out, but Crockett’s attitude on and off a board comes across as nothing but refreshing. Chris Pulman spoke with him the week before Propeller hit screens to speak about the good things that have gone down of late:

Looks like you have a busy year ahead. You must be pretty excited?

I guess filming for the Vans video is pretty much wrapped up by now. Are you happy with what you have for it?

Yeah, we’re all done. I am happy with what I have, it’s been a long time coming.

It’s gonna be pretty epic purely from the list of riders Vans has. Is there anyone in particular you’re looking forward to seeing a part from?

I’m really looking forward to AVE’s and Daniel’s parts, but also just the whole thing. I can’t wait to see what Greg does.

Greg Hunt has some formidable projects under his belt and a real ability for communicating skateboarding in a genuine way. Do you get any direction from him? Do you have a strong vision of how you’d like to be portrayed or is more a case of ‘just get on with it’ and do what you do as best and as interestingly as you can?

I think Greg and I see eye to eye on a lot of things, and I think what you said is true about him doing things in a genuine way, and that is definitely a goal of mine when trying to put something together. So, I think I’m definitely just inspired by Greg, and working with him motivates me because I feel like we have a mutual respect about both of us wanting to do our job well and be happy with what we make.

The feeling I get from watching the Cellout and Bust Crew videos is that you use your talent to skate everything you come across. There’s a real genuine excitement from the act of skateboarding that comes across from these. It reminds me of being younger and street skating and trying to do everything on anything. Do you still get that excitement of real challenges in real surroundings?

Yes of course. Skateboarding for me at this point is sort of an intimate, emotional thing for me. If I’m skating the shittiest ledge you’ve ever seen with my friends and everyone is excited and having fun and trying to do whatever we can on it, I’m going to skate better than when I’m on a more serious session and I can feel everything around me like, “Wow, I called this session out and I’m wasting everyone’s time if I don’t get this”. But even then, I want to try to get a clip or a photo that my friends will be siked on.

Do you think that’s a reflection of growing up in Virginia? I’ve never been there, but I’m guessing, like a lot of us that didn’t grow up in major cities, you have to make do with the architecture that’s directly in front of you.

Yeah. It definitely has to do with that, and also, I think getting older and after you’ve been skating for 10-15 years, you start to want to just fuck around with spots that you’ve driven by your whole life, and just learn how to skate different shit, or shittier shit.

At a time when a lot of media is digested in disposable web-clips and instagram posts, what do you feel is the purpose of a full-length skate film?

I think the full length video is just the real deal. It’s just doing it, really doing it. And when you do it right, it’s unmistakable. You can’t just pump these things out like you can a fucking web edit, they take YEARS to make, and you can see it. Videos that are made like this have an impact for a reason; they live in real skate shops and on skateboarders’ bookshelves — they’re not just taking up space.

Apart from the easily accessible nature of instagram clips, I also think that they’re inherently genuine. In a world where kids are hammered by a lot of shallow marketing, do you think that this genuineness is what really appeals to the skaters?

I don’t know, everything is so clouded. It’s hard to tell who is keeping it real anymore. But I try really hard to not hate and just pay attention to the people I like.

I’ve heard that you’re very details-orientated when it comes to footwear especially. Do you have any reasons for this that you’d like to share or do you suffer from the same level of OCD that most skateboarders have when it comes to their gear?

I mean, I can’t just wear whatever. It’s got to be tested and approved to be a part of “the uniform” which is what AVE calls it. A lot of skateboarders work like this: you find a pair of jeans, a couple shirts, and usually some sort of hat that works for you, and you just run it into the ground until it falls apart or until you have your next gear crisis.

I’ve also heard that you like to look at authentic things and processes, be it footwear or tattoos. Personally, I love to know how everything works from making skateboards, footwear construction, leather-working and carpentry. Do you have any other skills or interests that you pursue as doggedly?

Yeah, I definitely pay a lot of attention to detail and how things are made. I paint flash and have messed around with making some clothes recently, but I don’t really pursue any of it. Hopefully one day. 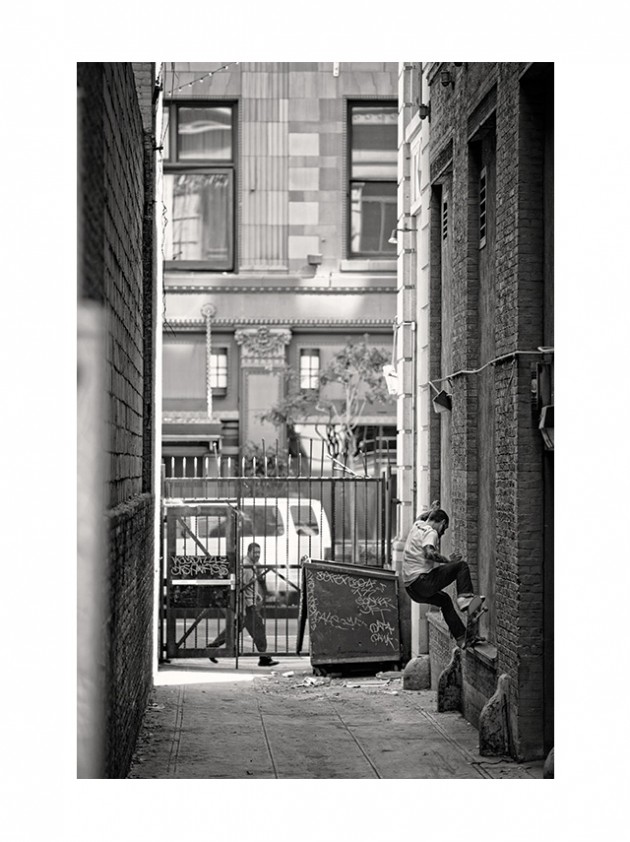 Your first Vans pro shoe is looking great. The Wafflecup seems like a perfect way to bring a little more consistency to a vulc-style shoe without losing any of the qualities that make that construction perfect for skateboarding. Have you had a lot of say in the development of that construction? There look to have been some subtle developments since the earlier Vans Stage IV shoes.

Yeah, it’s great. I really love it. My shoe is just the next generation of the waffle cup sole, we just found ways to improve it. I can’t say enough good things about the shoe and about Vans for letting me design a shoe that I love.

You’ve also included a mid-top version, which looks to be based on one of Vans’ longest running shoes, the Half Cab, do you wear either style in preference for any kind of terrain or do they both feel equally as good to you?

I usually skate the lows, but I always get into a mid phase like once a year or so where I’ll wear them for a while. I love both. 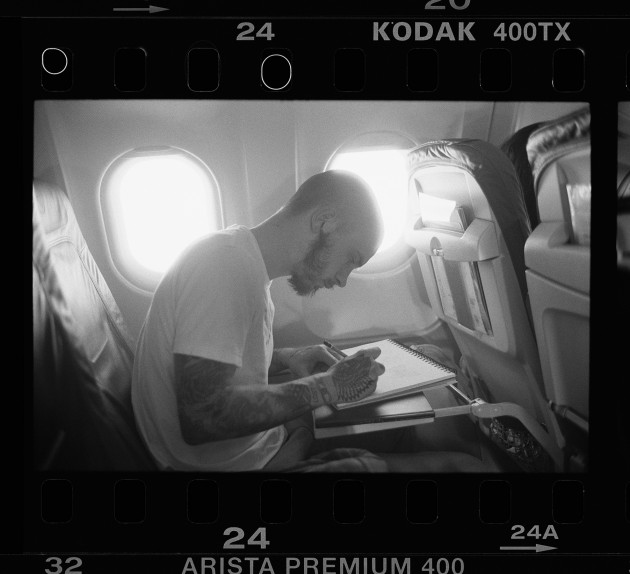 Now that Mother Collective has launched, it must be a relief to end all the speculation after the AWS sabbatical. Is that how it feels?

What happened with Workshop was inevitable. AVE and Dill knew that, but here we are, and I’m happy that it did.

Lastly, I spied your Vans team page quickly before I started these questions and noticed that you mention ‘The Four Agreements’ by Don Miguel Ruiz. It’s a good philosophy for making the most of one’s lifetime. Is philosophy something that interests you a lot?

I don’t really pay much attention to it, but I do love that book, a lot of things inspire me, that was one of them.

Any philosophy on skateboarding that you’d like to end this with?

Have fun with your friends, stay up late and eat pie. 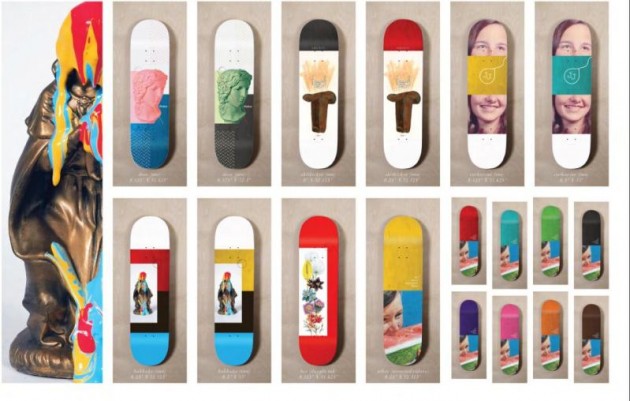 Mother Collective, the new skateboard company that launched this month with Jake Johnson, Tyler Bledsoe, and Gilbert Crockett repping team business out of Ohio, have launched their first catalogue as seen on Tumblr this morning. Check out the new decks will start to hit stores at the end of March. 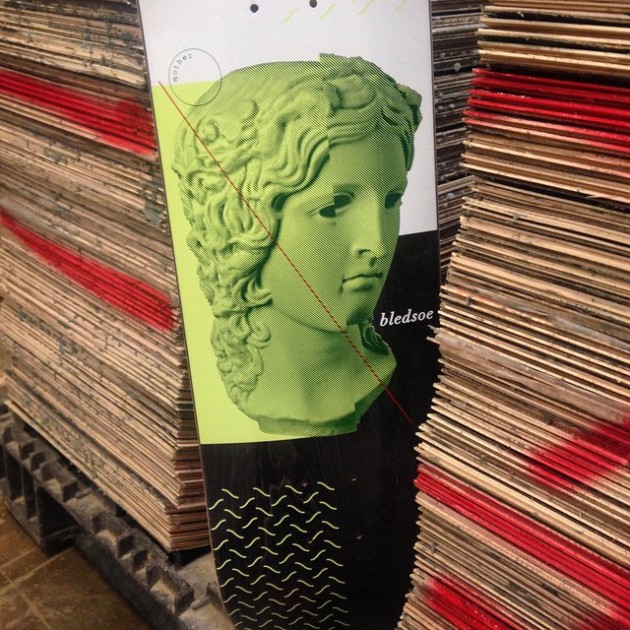 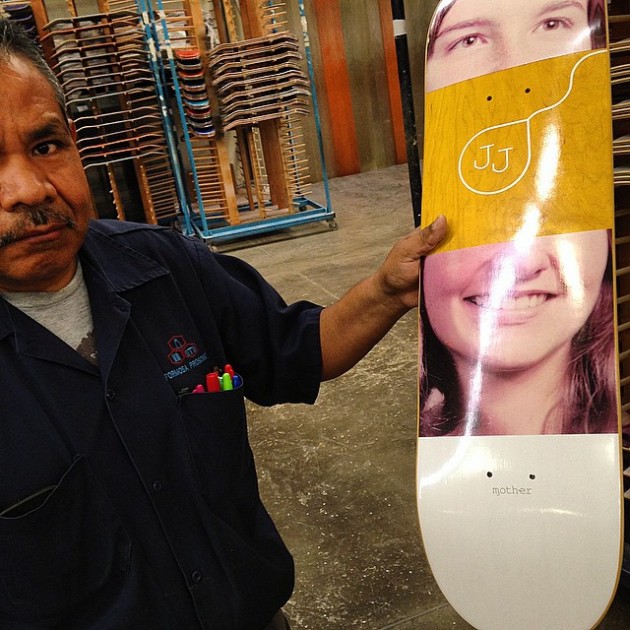 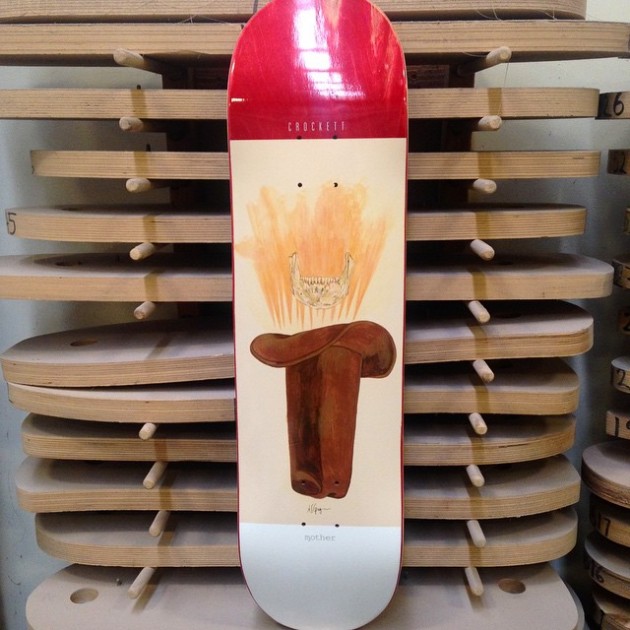