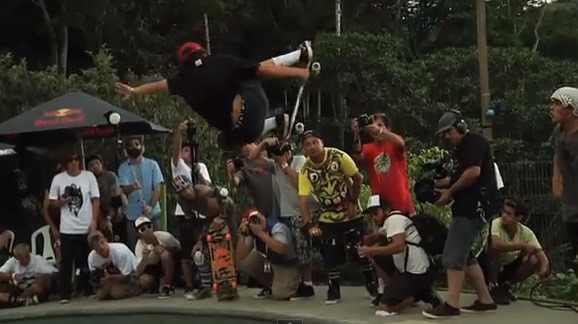 Skateboard legend Duane Peters chats to Craig Questions about how he got into skateboarding, Jason Jesse, the strains on your bones from skateboarding, fucking sheep and injuries in part one of this sofa session. 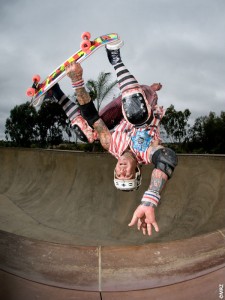 It’s Duane Peters‘ 50th Birthday today, so raise a glass of beer to one of skateboarding’s most legendary characters.

The ‘Master of Disaster’ started skating in 1978 and invented a bunch of classic tricks that went down in skateboarding history. His passion for punk rock led him to be a fantastic singer with his band the US Bombs and he now rolls into his 50’s in style as expected.

Despite a leg gash that almost cost him his life lately he is still getting amongst it and according to his updates on twitter, today, Peters is currently spending this special day watching Evel Knievel on TV. Keep it up Duane, here’s to the next decade.

Watch this documentary footage with Steve and Mickey Alba and fill up that damn glass again.