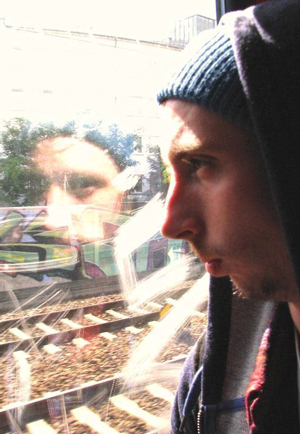 Coming straight outta Walthamstow, Jak Pietryga is best known for lurking around the big smoke and killing it for The Harmony on a daily basis. This year however, he got the closer in Morph’s southern fried and zooted flick, ‘Yam Dat‘ and more or less confirmed on several trips around the continent that he has one of the raddest switch f/s bigspins you’ve ever seen this side of Mike Carroll.

He shared his thoughts and favourite moments of the year with us in this installment of Reflections.

It’s gotta be The Harmony trip to Berlin. Had a sick crew come out there with us, Buddle got involved, it was all round good times. Had the usual Harmony luck with the weather as it was pissing it down most days but we carried on regardless, basically just skated the skatehalle demo park. The days the sun decided to make an appearance were really productive though so hold tight for the edit dropping soon!

I’m not really one for going out and buying albums really but Morph lent me the new Giggs album ‘Let Em Av It’ and it’s a banger.

Most satisfying trick filmed/made and at what spot?

That would have to be my ender from ‘Yam Dat‘. The switch biggy down Aviva 9. Kinda went there with the trick in mind thinking it’s in the bag, because I always do that trick and it wouldn’t give me much grief, then I started grieving! You know… start getting close then lose it etc. So when it eventually went down, it went from being a trick I didn’t really rate myself, to something I was proper stoked on.

I would have said Smithy’s switch noseblunt to bk lip but he already mentioned that trick in his Reflections. Errrrr, I reckon watching Barney Page and Joe Gavin skating the cheddar block at Southbank is up there. Doing new tricks on a block I thought had been absolutely rinsed off already. Yeah it was pretty impressive, think that edit should be dropping soon also.

Your MVP of the Year?

Joe Gavin. He smashes it on a daily basis!

Joe Buddle man! Guys been killing it on road!

The Harmony changing to Rock Solid Distribution, I’m pretty keen on that. Going away on more trips and getting a part together for an upcoming video.

Always enjoy going up to Manchester. There was a party gong on for the shoe launch as well so it was a good weekend, went to a graffiti comp an all. It was proper!

No sound on the Youtube version of this edit but you get the idea. (Sometimes you have to dig a little deeper – Ed.)

This trip was real good, proper nice weather, there was a sick comp and met some good people out there. The street spots out there are ridiculous an’ all.

If you didn’t vote for this to win the Big Push you are a mong!

Some serious skating in this edit and I can’t help but crack up every time I hear Willow speak.

One thought on “Reflections 2010: Jak Pietryga”