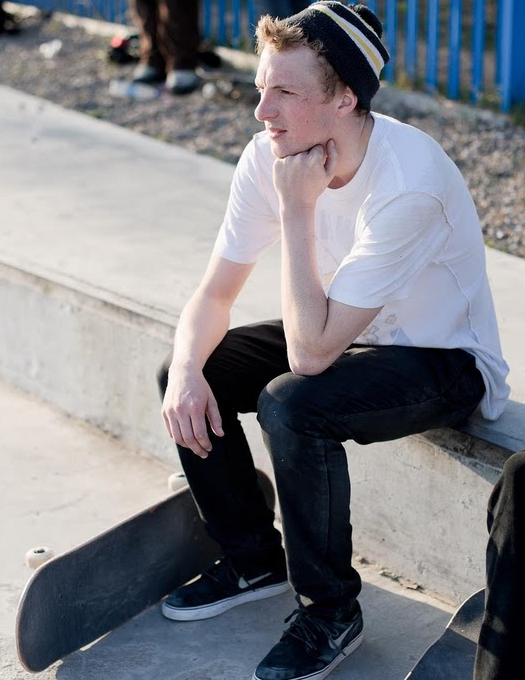 As we’re reaching the end of the year it makes sense for everyone to take some time out to reflect on what’s gone down in the last 12 months. So as 2011 draws ever closer we decided to get in touch with those who’ve had a great year on the board and get them to reminisce with us. Essex ripper Neil Smith has had yet another year of shutting down spots across the UK and is the first to kick off our end of year list feature, Reflections.

Read below for Smiffy’s favourite personal moments from 2010, including his five favourite video edits embedded further down for your viewing pleasure. ‘ave it.

Not very much really, I think you just learn to get on with life.

Make Friends With The Colour Blue premiere was amazing. The tour after was sick too.

The Big Push this year was a real good one for me: good crew, good spots and some great skating went down. Also the trip to Poland Skate Camp. It was sick but more of a holiday for me, far too hot to skate, and there was a massive lake. Straight up chilling.

Most satisfying trick filmed/made and at what spot?

The switch noseblunt to bs lip the gap to ledge in Hammersmith. The deadline for MFWTCB was just around the corner and it was in the middle of winter. It felt good rolling away.

At the moment it’s the new Habitat video but I still rinse Mind Field.

I could say Harry Lintell or Barney Page as they have both smashed it all year, but I’m gonna go for Nick Jensen. He had a great section in MFWTCB and a banging Lakai advert.

I think this kid is from Chelmsford and he kills it – Nick Remon.

This section is so good, even though it’s an advert. Nick kills it and this shows it. He filmed a full-on section for MFWTCB and then a few months later comes out with this. Hold Tight Henry did an amazing job on this, both of them did a smashing job and this makes London look great.

That guy! Kevin Coakley’s come a long way from his Slap ‘One In A Million‘ edit, and I’m glad he’s a part of the Blueprint family, he fits right in. This is an epic section considering its his first ever big section. It’s good because its filmed mostly on the east coast of America and is very different to the rest of MFWTCB but still fits in perfectly…

I think this Nike SB edit would have worked a lot better if it was not a Big Push edit because then you wouldn’t have to compare it to all the other shit. I like how Jacob Harris has done this edit, it’s chilling, nice and mellow and not in your face. The trip was a good one, fun was had by all and there was no stress.  It might not win the Big Push but it’s worth a watch…

This one’s not much of edit but it’s a sick clip! Check out how steep the tranny is… Morph is a straight up bad man. He would try to 360 flip anything in front of him. I like how he rolls away all unimpressed but you can kind of tell how stoked he really is underneath… now let’s go eat some chicken skin.

For my last clip I’ve decided not to go with a skate clip but a funny one.  I just like the effort the kid in the wheelchair is putting into being a part of the pitch invasion, and the reaction of his dad once he noticed his kid was on the pitch. To finish it of with a clout round the head… amazing.