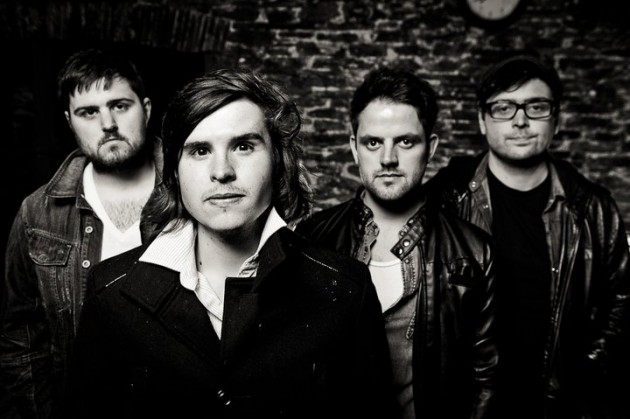 With arguably a decline in show attendance in the scene at the moment, smaller scale gigs are always going to suffer on an absolutely miserable Saturday night. It seems that the temptation not to venture out in the torrential rain to Reading’s Face Bar was too strong for many as Ascent open up to a grand total of five people. A few more dawdle through the door mid-set but there is a large void in the centre of the room as punters head to the bar rather than appreciate the performance in front of them.

Its really disheartening to see a band play to so few people especially when they are actually pretty decent. Reminiscent of Francesqa, the Newbury based band certainly have a great level of musicianship. The gritty and slightly unclean vocals would set them apart from their peers, if there were people to listen…

Next on are local-ish Streetfight Silence, their presence has an immediate impact as a fair number gather around the stage to engage with their You Me At Six/Lower Than Atlantis inspired pop-punk. ‘We Must All Learn’ is a polished rock song and forthcoming single ‘Low’ is instantly appealing with a dirty, chugging baseline and catchy chorus. By upping the tempo the band captivate the small crowd in what can only be seen as a success in tough circumstances.

The first of the touring bands to perform is Evarose. By being and all girl quartet the group are already standing out from the others, but if you let the music do the talking rather than appearance, they are not so different; its fairly standard pop-rock. Their sound is solid, there are a number of tracks that are pretty good but unfortunately its nothing astounding. However what is impressive is vocalist Dannika Webber and bassist Connie Raitt doing their up-most to hype up a dull audience and their enthusiasm is refreshing. It must also be noted that Robyn Griffith offers some unique fills behind the kit making Evarose sound stronger as a unit.

Headline act Straight Lines have an individual tone to their music; slightly jangled guitars and jerky riffs allow them to be comparable to rock outfits such as The Xcerts, Tiger Please and Max Raptor. Front man Thomas Jenkins is a typically friendly and upbeat Welsh-man attempting charismatic chat between songs. Displaying flashes of humor such as greeting the audience with ‘Hello Reading Festival!’ is an endearing quality of the band.

Although there is little movement in the audience, it’d be fair to say that Straight Lines have a successful night in Reading. By mid set they are playing to a reasonably full room who seem to be fully appreciating the music, but just in a stand-there-smile-and-rock-your-head kind of way. The performance reaches its highlight towards the end when ‘Ring The Bell’ and ‘Commitments’ (taken from the band’s latest release ‘Freaks Like Us’) demonstrate Straight Line’s talent in song-writing through their attentive ear for melody. Straight Lines are a band full of promise, their dedication to touring the circuit gives them much credibility. Lets hope their commitment sees them rise up the ranks like they deserve to.