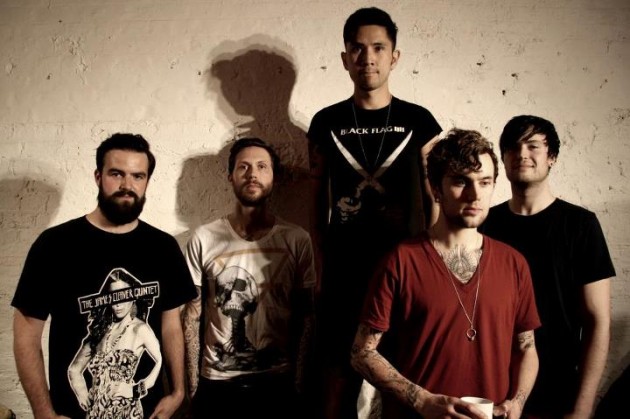 UK indie label A Wolf At Your Door Records have announced their latest signing as Post-hardcore Brighton based band Eager Teeth.

Eager Teeth formed just over 18 months ago from the ashes of Telegraphs, Chaos Days and This City and have already started to cause a stir with their nostalgic brand of alternative post-hardcore. The band have spent much of this summer in the studio with emerging producer pair Thomas Mitchener and Steve Sears (Gallows, Spycatcher) tracking their brilliant self-titled debut album, which is set for release early next year.

AWAYDR are certainly an exciting label to join, having launched Deaf Havana’s career and with up and coming artists Marllory Knox and Hildamay on their roster. To mark the beginning of the AWAYDR and Eager Teeth partnership, album track ‘Exorcise Bike’ has been made available for FREE DOWNLOAD, you can grab it below.