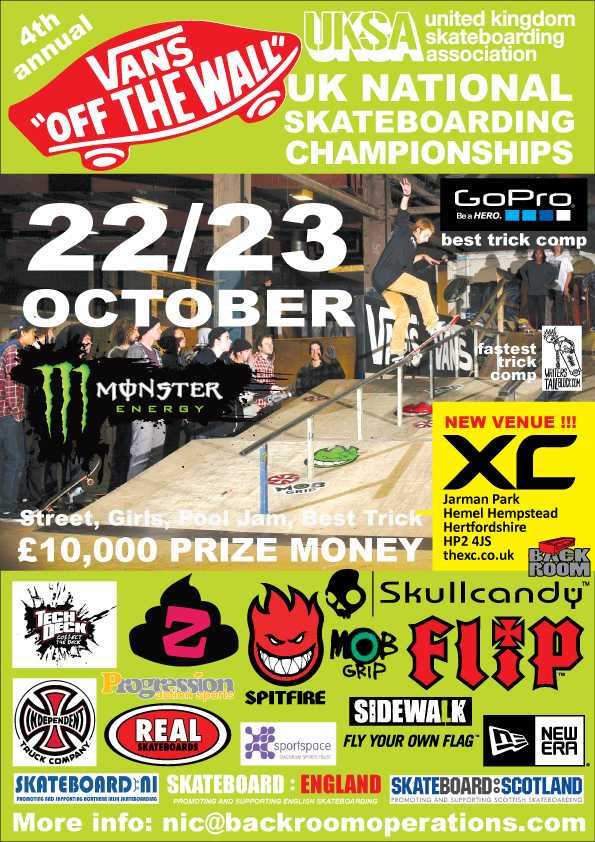 This weekend’s Vans UKSA Championships at Hemel Hempstead’s new XC skate park saw the creme of the UK scene in attendence and of course, with that, some amazing skateboarding.

The 20 skaters that made it through the semi-finals brought chaos to the street section. Conhuir Lynn, Dave Snaddon, Daryl Dominguez, Joshua Young, Ross McGouran, Keith Walsh, Alex Barton, Kris Vile, Neil Smith and Gav Coughlan fought it out in two groups of five people jamming for just over 10 minutes a piece.

Devestating runs followed, the sweat descended, the tricks erupted and the points were racked up fairly deeming Joshua ‘Manhead’ Young in first place for all round trick annihilation, Ross McGouran in second and Conhuir Lynn in third. This year’s best trick comp was won by Korahn Gayle whose fakie flip fakie nosegrind down the ledge took the dough on the night alongside the same trick with a fakie 50-50 that you can see below from my crap cam.

Quote of the Day was from Nic Powely whose first words when I arrived were, “…those knobheads broke a lift in the hotel and they want £3000 out of me to pay for it!” Maybe Manhead will be donating his prize money, or maybe not. When asked what he would do with his £3000 win in the car park on the way out, his response was: “I will probably spend it on Xmas presents” and with that only a few weeks away we will see you at the Xmas Jam on the 10th December in London for more carnage like this. Well done to all involved, enjoy this gallery of heads from the finals day. 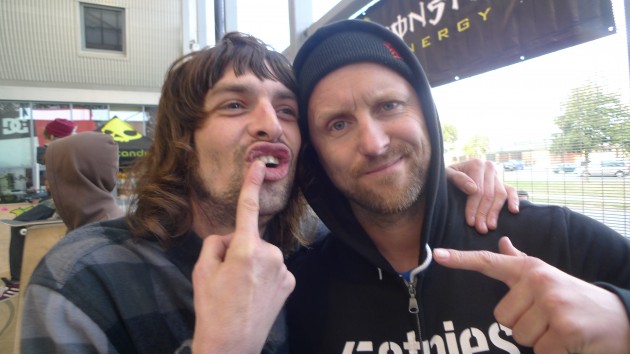 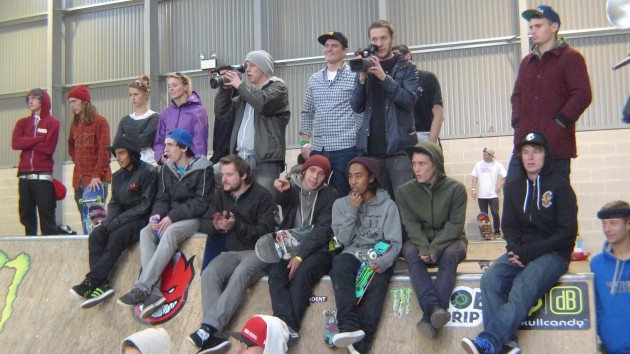 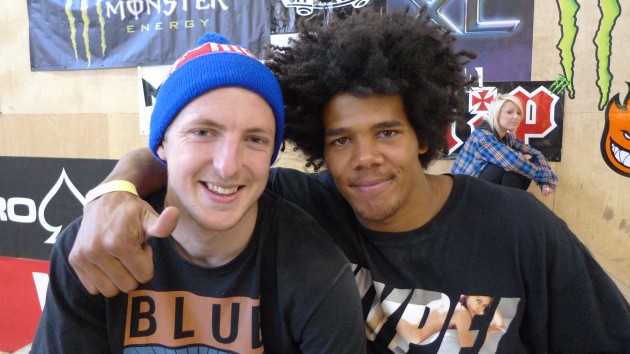 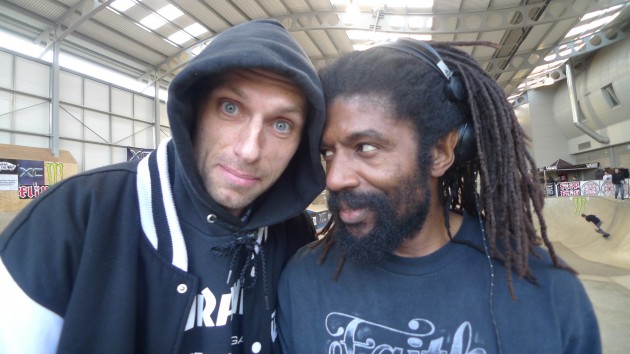 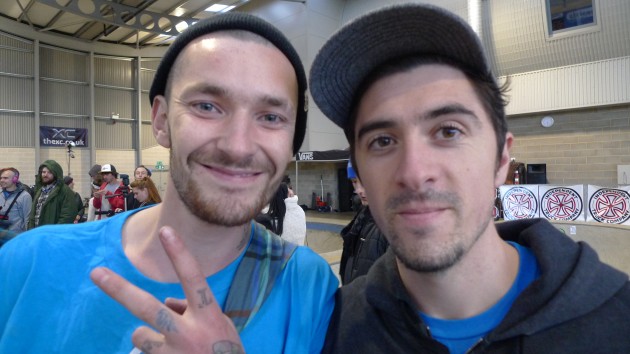 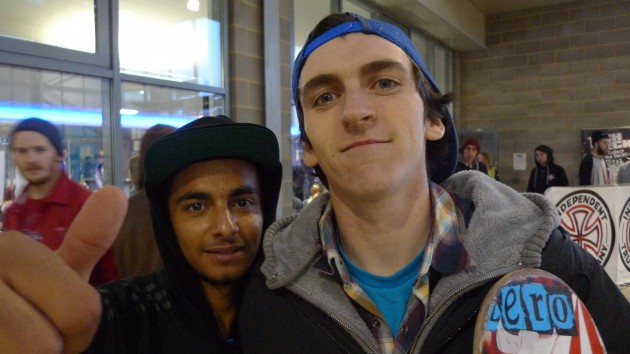 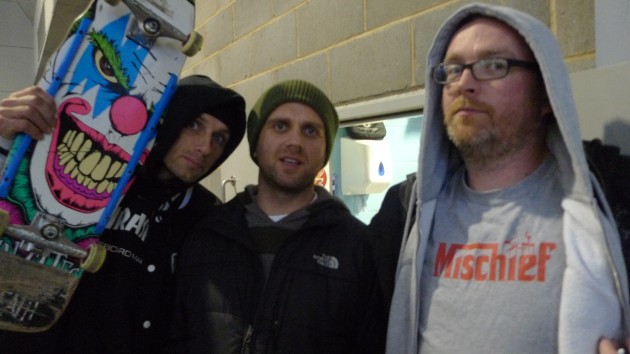 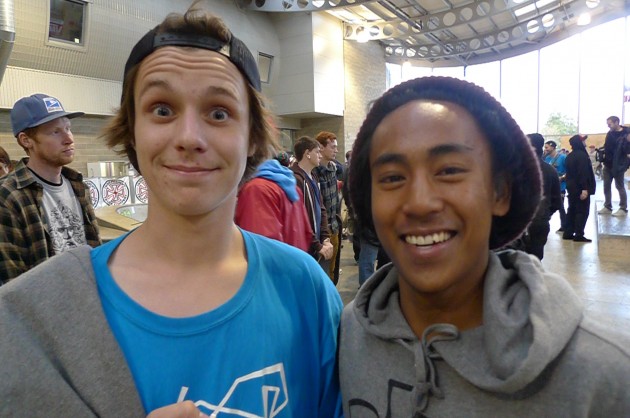 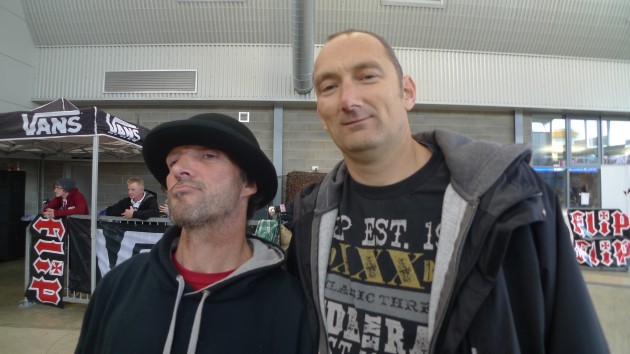 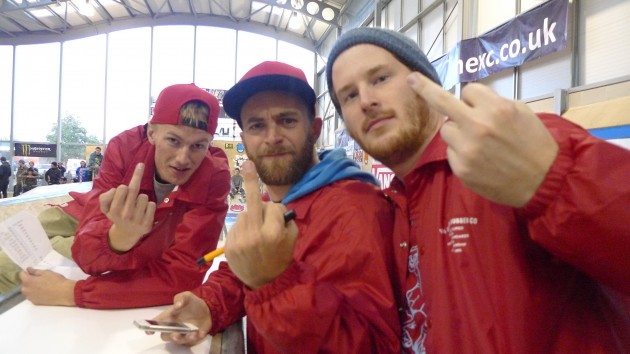 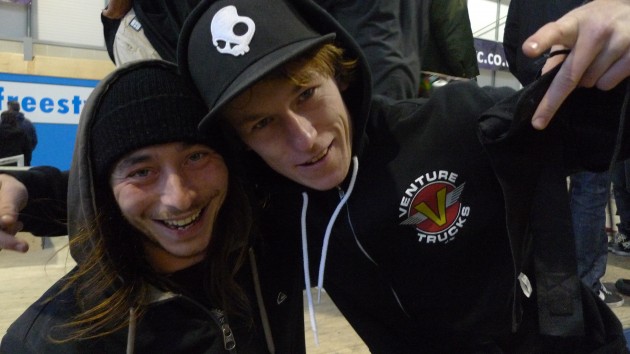 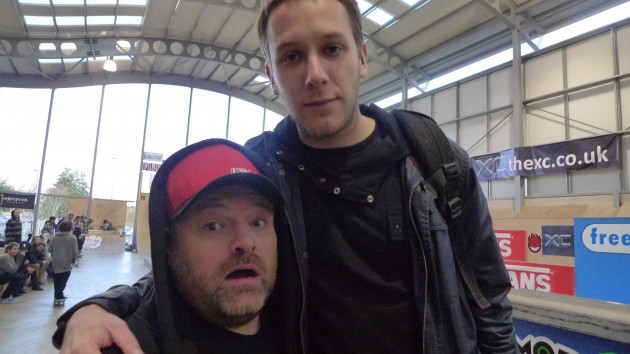 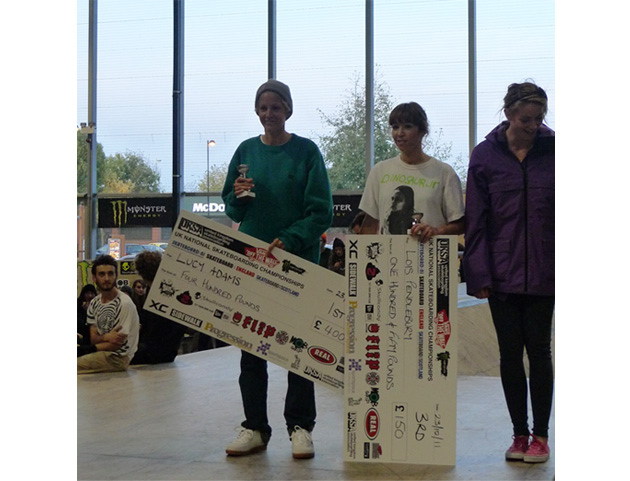 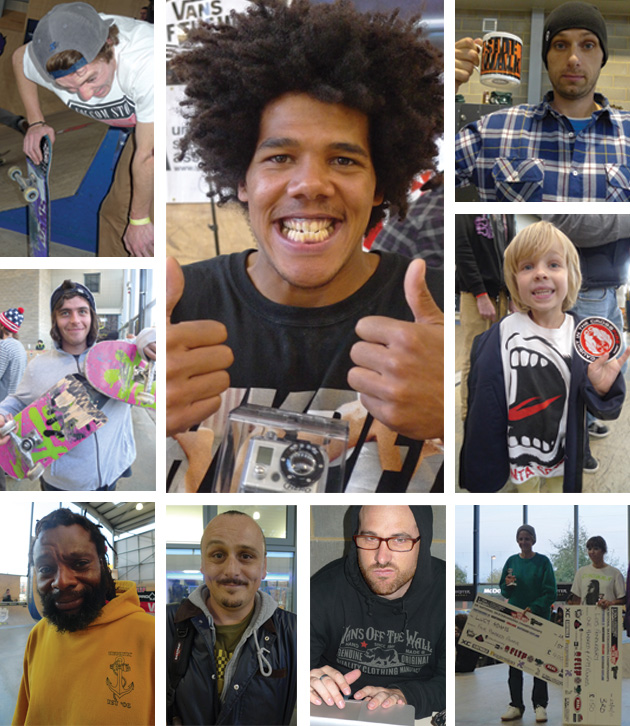 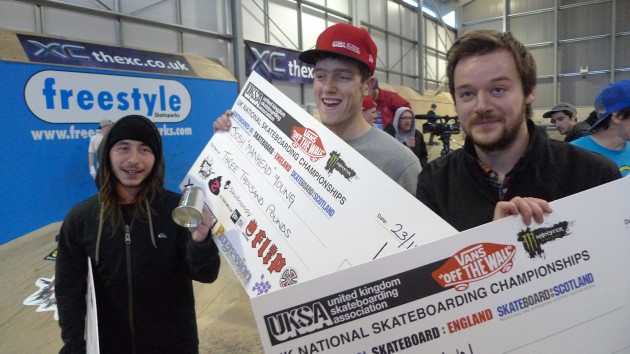 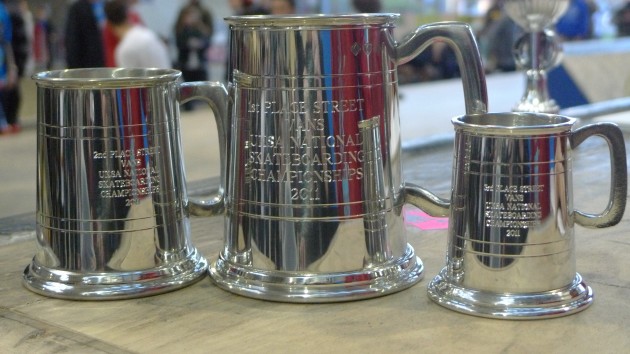