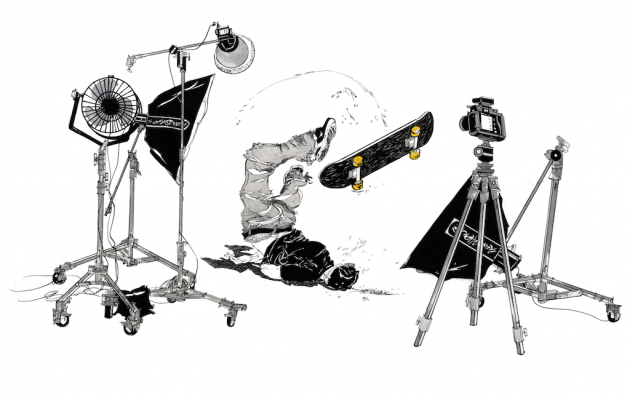 Unless you’ve been living in a cave with terrible wi-fi, you’ll be aware that a few weeks’ back ‘the bible’ of mainstream fashion, Vogue Magazine, celebrated skateboarding’s ‘coming of age’ through their ‘Skate Week’. Quartersnacks already took the time to summarise the content, but there’s something addictive in checking out stuff you already know you’ll find offensive. If you’ve not yet delighted in the self-torture, like a Cenobite who can kickflip, the topics and the manner in which they are covered are cringe-inducing.

There are ‘flip kicks’, celebrations of longboarding as the “more stylish” option (yo, how can a magazine in love with all things French not know that Monsieurs Gillet and Puig are more stylish than anyone, and they don’t fucking longboard?), discussions of which skaters have the greatest hair, and this picture of Brit ex-pat Ben Nordberg that makes you want to vomit on yourself, eat it, then vomit again in a necessarily extreme ritual exorcism. This awful coal seam has been mined with succinct humour by others, from Jenkem to Complex, our contribution is to investigate just why we care so much about such ham-fisted appropriation. 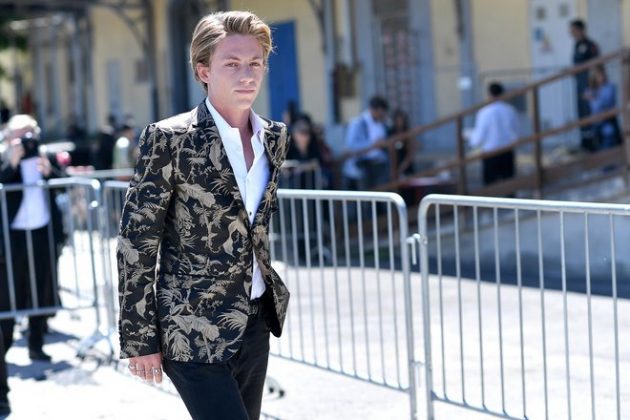 In the absence of specific postgraduate reading lists, an informed guess would distil things down to the almost physical discomfort one feels when their sense of identity gets messed with, alongside an asymmetric power relationship between skateboarding and the mainstream.

Identity is important. We invest time in constructing it, feel a huge amount of ownership over it, yet it’s a place of constant conflict. It’s necessary for the functioning of politics and society: it motivates us to vote (“I am a civically responsible person”), who we vote for (“I’m not a fucking Tory”), what we buy (“these sneakers will make me feel like early career Lucas”), and who we hang out with (“these people are like me, and by hanging out with them, I become more like the person I want to be”). But individuals have only partial control over it. Our identity is formed by the interaction of internal and external factors: how we see ourselves (our subjective identity); how others see us (objective identity); and how we think others see us (social identity).

For young people especially, heroes and role models play a big part. When I was 21, in rare moments of self-confidence, I believed that dressing like Josh Kalis made me look a bit like Josh Kalis. This delicate illusion quickly dissolved when others objectively informed me that I looked like a fucking dork. Vogue Skate Week hurt a little because it provides a window into how others see us, how they make sense of our sub-culture, and where they locate it within the context of the things they find familiar (for example, why a fashion magazine needs to talk about skateboarders’ ‘great hair’). All together, the outcome isn’t pretty when parked up against our image of ourselves. 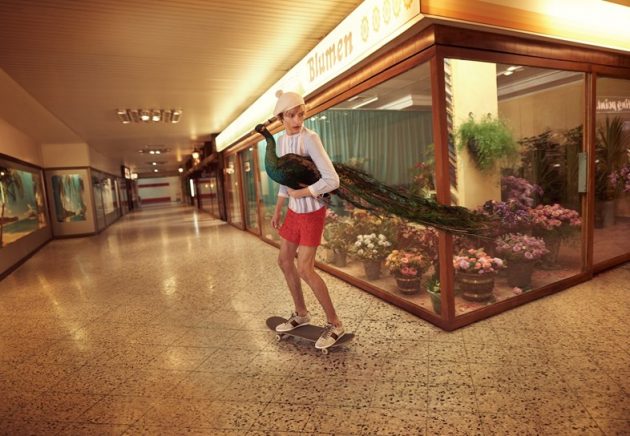 The cast-iron motherfucker is that platforms like Vogue, with none of the knowledge, have more of the power. By ballsing up their representation of skateboarding on a massively public stage, they risk actually changing how skateboarders perceive skateboarding. How many of you had “mosher” or “greb” shouted at you as a kid, even if you exclusively rocked gleaming white sneakers, a Yankees fit and a t-shirt covered in rappers’ faces? Incrementally, a view of a subculture loudly expressed by a majority who know nothing about it mutates the self-identity of those within it. When I was a teenager, MTV and Fred Durst had more power in dictating how others perceived me than any imaginary covenant signed in private with the Church of Robert ‘Wu’ Welsh, and I found myself constantly apologising for, or playing along with, the cringified image held by my non-skate friends.

The really interesting argument is that skateboarding brings this upon itself. In cosying up to something powerful, we can hardly complain when Big Fashion makes us look like bigger pricks. New York’s excellent Stoops magazine, which combines the high standard of photography we’ve come to expect from independent mags with superb writing, goes deep on this tricky question. Stoops’ Ted Barrow and Eby Ghafarian point out that, rather than originating what we look like, we’ve instead co-opted and repurposed aspects of our identity from elsewhere. Skateboarders are essentially stylists rather than designers – picking and arranging looks that already exist. In the 1980s, skaters may have repurposed looks from punk and hardcore counter-culture, but in the 90s, it was straight from the mainstream: Polo, Nautica, Guess, pre-SB Nike and Adidas. What made skaters look cool was:

1) Good taste and an attention to detail.
2) The act of skateboarding itself.

Gino is a well-dressed Italian American in his early forties, but when he steps on his skateboard – even when just pushing, of course – he becomes something much cooler. The mainstream dig skateboarding because we reflect a well curated interpretation of their own language straight back at them. If you doubt this, think about the corer-than-core brands like Dime (whose logo shadows Dior) and Palace (who, amongst other high fashion call-backs, had a popular run of t-shirts repurposing the Chanel logo). This can also be seen in Vogue’s interview with Koston this week to mark the release of some depressingly limited high-end collaboration. Koston gushed to Vogue that skaters have always cared about fashion – a skateboarder pretending not to care was evidence of “him caring about how he looks.” 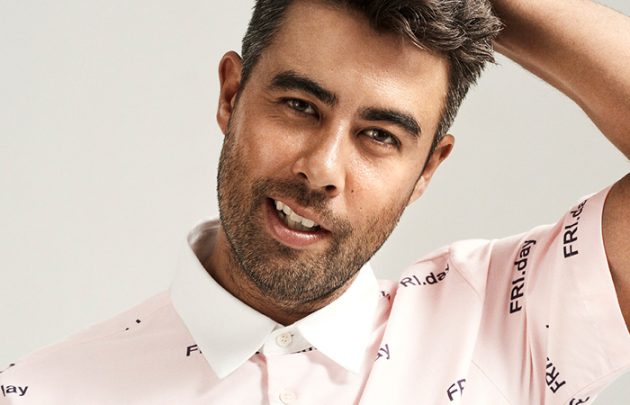 And the pay-off is seductive. In the mid-to-late 90s, the only people who’d look at a skateboarder for sexy times were particularly broad minded indie kids. In the early 2000s, it became the Nu Metal kids congregating in provincial town centres. Now skateboarders are attractive to everyone from preppy college students to hot models. No longer are we pariahs in the eyes of the popular and beautiful. The price is that we stop being a counter-culture, and when that happens, we start playing by the same rules as everyone else.

The French philosopher and historian Michel Foucault explained how popular culture engenders social control, building on an idea developed by Jeremy Bentham in the 18th Century. Bentham imagined an ideal prison, ‘the Panopticon’, where every inmate could theoretically be observed at any time. Even though the prisoner had no way of knowing if he or she was actually being watched, they would behave as if they were. Foucault theorised that contemporary society has evolved as if it were one huge Panopticon – not just through the technology that enables constant universal surveillance, but through a populace that constantly self-polices conformity. When an individual or group deviates from cultural norms, an army of media commentators, cultural figures and ordinary people ridicule or ostracise. And knowing this, we modify our behaviour and appearance accordingly. In women’s magazines in particular, and in fashion more widely, this gentle but constant enforcement is explicit.

Vogue, Grazia, Marie Claire and their ilk are full of condescension dressed up as friendly advice. Articles include “20 things no one over 30 should wear”; “how to be the perfect lover”/ “housewife”/ “employee” / “parent.” All of this reinforces highly conservative gender and age-based norms, gently and subtly steering us towards the economically ‘useful’ roles of worker and consumer. This is the genius of modern capitalism, as predicted by Aldous Huxley in ‘Brave New World.’ Through the promise of eternal youth, a ready supply of casual sex, abundant leisure time and easy, shallow happiness, we don’t need to be coerced to sacrifice our identity, we do it willingly. JG Ballard, in ‘High Rise’, described the sort of citizen who falls into this easily as someone who “was content to do nothing but sit in his over-priced apartment, watch television with the sound turned down, and wait for his neighbours to make a mistake.” The Vogue articles delight as much in pointing out those who have made a mistake as celebrating the Nordbergs who’ve successfully played the game. The rest of us fall in line more unhappily, like Brave New World’s John the Savage, alternately attracted then repulsed. 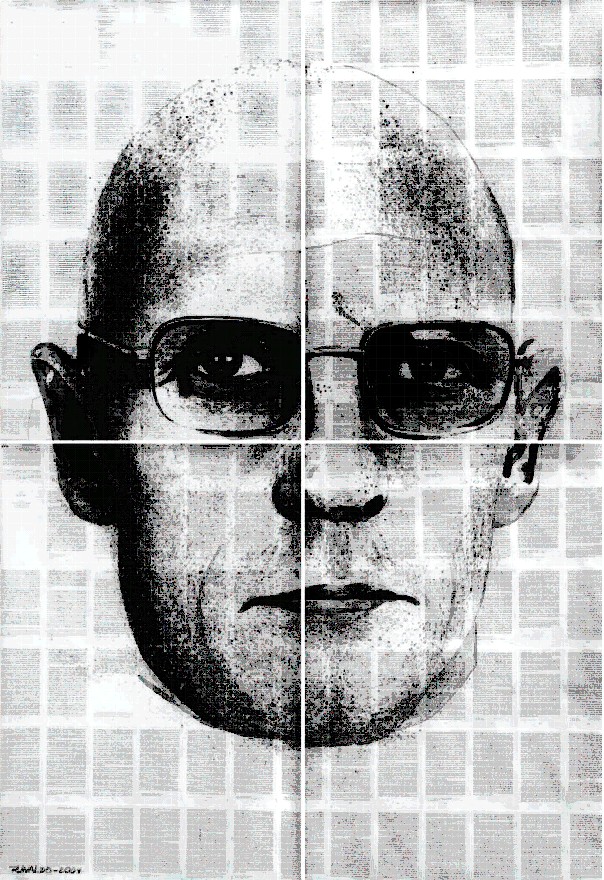 As skateboarding is subsumed within the mainstream, as Vogue’s unwanted certification surely indicates, our lives become easier on a surface level. It is now normal to be a skateboarder at school or college. Regular folk rarely shout abuse or try and assault you. But the cost is that you’ve walked willingly into the Panopticon, accepting its norms. Skateboarding is a sport. It is done exclusively by young men. Skateboarders are athletes. Their look is just so hot right now. But just as easily: skateboarding is last season, do something else. You’re too old. You’re not good enough. It’s not for women and girls. These are the real reasons why skateboarding’s journey from counter-culture to mainstream represents a loss – in a world where few people actually ‘do’ anything for any sustained length of time, they ‘like’ rather than ‘love’, being a fan is much easier than being a fanatic.

But one of the wonderful things about human identity is its capacity for reinvention. We might bemoan the current trend for nostalgia in skateboarding, but it celebrates a simpler time when skateboarding was both tiny and outside the mainstream. By keeping this alive, the Mad Max style lawlessness of EMB and Love, Fairfields, the Shell Centre and the Gasworks, their fashions and attitudes become newly relevant to new generations. By re-telling our own story, rather than borrowing from the mainstream, we keep a little bit of power and protect the soul of this thing.

In an interview with Transworld, Dear Skateboarding’s Chris Lipomi enthused, “what’s exciting to me about it is that for the first time in the longest time, skateboarding is referencing itself. And that’s really awesome. I think for so long, skateboarding has sort of looked to something outside, and then brought that into its own world. Which can be interesting but then can also lead to this idea that what we’re doing sort of isn’t good enough.” And more fundamentally, the soul of the thing is maintained by the constant doing of it. Skateboarding can never be truly mainstream in a risk-averse, passive culture because it will always really hurt.