A few weeks ago we were admiring Amandus Mortensen‘s backslide powercracker down a set of stairs on repeat. The result led to thoughts of others who can huck out steez sideways, all those fellow burners of urethane and the ones who are always thinking a little more creatively than the rest.

It’s not a “Best” tricks list, or indeed some lame attempt to turn over advertising, just my personal favourites from those that make me want to go out and skate.

If you think we’ve missed some classics, leave a link to a gif or footage in the comments atthe foot of the page. Big shout out to all the filmers who shot the footage, hosted on our Tumblr page daily.

Milk Skateboards have been rising throughout the UK scene for the past few years now but back in 2014 they flew to Lisbon, Portugal and came home with this banging edit. Harley Miller took a classic on this mosaic bank, bonking over the top and powersliding his way down through to fakie. Sick trick.

Richie has handfuls of tricks to choose from, although this one is what sparked my initial hook on skateboarding so I may be slightly biased. Seeing Richie perform this as part of a three piece line in the first skate flick I owned – Death Skateboards’ Escape from Boredom, and then again in this TWS video makes it even more rad that the erratic Aussie chose to go back and fry my brain on two separate occasions. If there were a Banana slide hall of fame, this would be first on the wall.

Element released Future Nature back in 2013 containing Madars Apse’s sick part which blew us all away. This gap to backside powerslide coming initially after a fs smith flip out in his opening line was a keeper. His level of unpredictability accompanied by absolute precision is held throughout the whole piece.

4 – Rémy Taveira – Antiz Skateboards: Out of the Blue

When Antiz announced the completion of their newest full length, Out of the Blue, everybody was buzzed. This beautiful moment from the quickfire feet of Rémy Taveira sure lived up to the name. His steezy backside powerslide moves gracefully across a drained, but still glistening pool into a bs tailside. Out of the Blue indeed.

Hadrien rips up the Parisian pavement throughout this part with many tricks you certainly don’t see every day. The internet allows us to view countless video parts but the wait to find someone pop out of a powerslide into a lip trick has evaded me…until now.

Hitting the manny pad at full charge Hisasi Nakamura loses no speed jamming his wheels into a powerslide momentarily before popping into a nose manual, as seen on our morning instagram feed.

Melcher is typically known for his unorthodox approach to skateboarding, making everything look incredibly fun whilst maintaining a level of difficulty that makes you ponder your own game. This time, lurking the car parks at night, he’s spotted slipping across the tar, jamming up the poles into a sweet banana slide. Whether a spot like this is pure coincidence or a little bit of ingenuity we do not know.

Louie consistently pulls through with some of the most entertaining video parts known to man and this is only part of the reason why. He shows you exactly how these hideous pieces of street architecture should be used – with all four wheels, that’s how. Total ruler of the quirky trick bag.

The Sour Solution video is heavy hitting and comes with an entire catalog of NBD’s that will blow your brain apart. Albert Nyberg is one of those who you simply have no clue what he’s going to do next; whether he’s hoisting himself over a handrail or skating something as simple as this. This flick had so many tricks to choose from but the fast feet and sheer fluidity of this whole move is to be commended. Everything is done smoothly although it looks like it took no thought at all.

This list would be incomplete without the inclusion of Phil Zwijsen who skates anything in sight whatever the weather. Taking full advantage of the slip and eat your teeth conditions, this clip quickly took the internet by storm. If you haven’t seen this before then just take a look and let this one speak for itself. 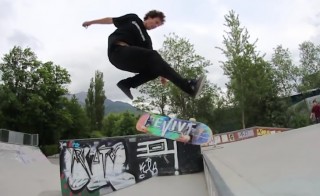 Jonny Giger is a known tech head online. You got this late backfoot bigspin double heel flip in your bag though? He’s called it a Racoon flip.

Want more? Find out what a Snowflip is here. 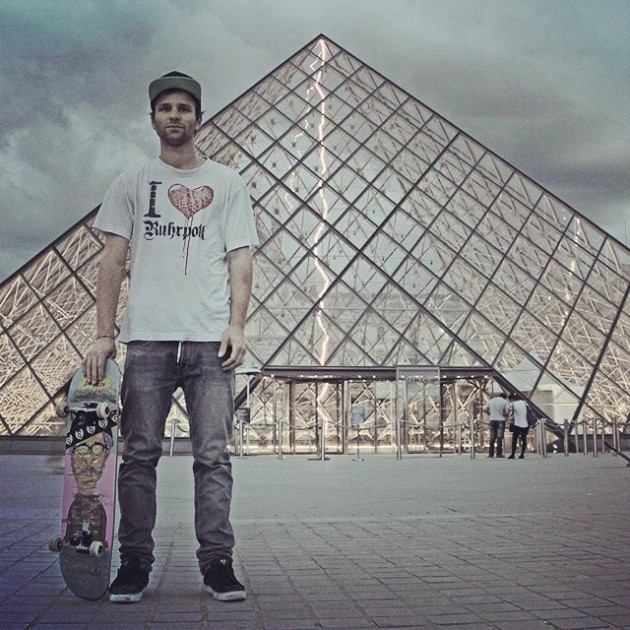 Here’s a trick that you will certainly watch twice. Jan Heim’s Spinning Russian Pizza Boneless is the fastest out there. Send yours. 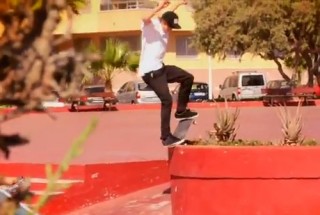