Pontus Alv is officially welcomed to the Converse team today and has been interviewed in his press release that just reached our mailbox: 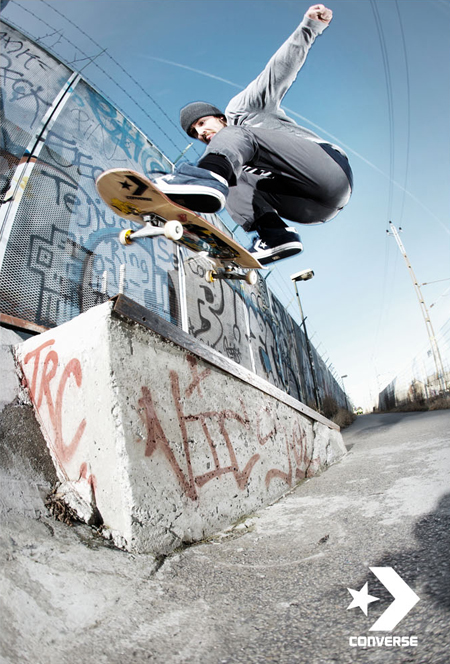 Converse is a classic brand with a rich history and background. I have always been a fan of classic, timeless stuff that never grows old or out of fashion. I recently ended my relationship with my former shoe sponsor and I started to look around.

I only ride and represent companies that I personally like and believe in, so the list was really short. I chose Converse because they share a lot of the same ideas and visions that I have. A sponsorship is about building a good relationship and platform together where ideas and creativity can become a reality.

Over the last ten years I have been on a personal mission to give back to skateboarding, inspire others and show different angles on what skateboarding can be about. I am still going full-speed in this direction and I can’t see myself stopping anytime soon. Together with Converse and their support I am sure that we can create some radical and inspirational things together for our culture. Giving back to skateboarders will always be at the top of the list and my main drive.

What is your first memory of the brand?

I remember when I first saw Converse, the opening trick of Mariano’s part in ‘Mouse’. He was wearing a pair of navy One Stars doing the switch bigspin flip and the first line at the Venice benches…instant stoke! He was also rocking the navy Dr. J’s (Pro Leather Mid) in that part. These images have been stuck in my head ever since. That classic 90s vibe and look is just too dope to deny. Shortly after that my old shop sponsor hooked me up with some One Stars of my own but I got thesestrange green ones! Ever since then I’ve always wanted the navy ones Mariano rocked.

Polar is all set to be an amazing company with the recent promo going down a storm. Do you see Polar or its visual offerings as an extension to your older films like ‘The Strongest of the Strange’ and ‘In Search of the Miraculous’? Or is it a whole new departure?

Polar Skate Co. is a platform where we can express our ideas and visions on all levels. My two films set the base for this to happen and Polar is simply where the story continues. Everything is still the same but now we also produce products and express our ideas in graphics, adverts, a skate team and so on. The main idea behind it is to inspire others to inspire themselves. I want Polar to set an example on what a skateboard company can be about. We express ourselves on many different levels, artwork, photography and film pieces and much more. It is a wonderful thing to have a place and an output for all of your dreams. I am in charge and we do whatever we believe in. Hopefully we can have an input on the culture and direction of skateboarding and try to invest in cool projects that benefit people in exciting ways.

What drives your inspiration? From concrete to art, to filming, to running a company…why do you do it all?

It started with being frustrated about the skateboard industry and its general direction. That frustration became ‘The Strongest of the Strange’, which then lead into ‘In Search of the Miraculous’. The dark side and the bright side ultimately, but the bottom line is that I don’t always agree with all of the things that go on in skate culture and within the industry. I don’t like what certain people do and how they showcase skateboarding. I just can’t sit and watch our culture turn into rubbish! Although, there is some genuinely cool stuff out there…so I guess my main motivation is to show an alternative vision of what skateboarding can be about, or at the very least what it means for me. This rule kind of goes with all the things in my life – if you lovesomething, believe in it. You also have to be ready to stand up for it when you see things you dislike. So bottom line is that I want to contribute to skateboarding, engaging with the new generations and showing them my vision of skateboard culture.

What can we expect to see in the future from you, Polar and Converse?

We have a lot of plans for Polar and Converse. At the moment we are still waiting for spring to kick in and once it is here, life starts again. We will continue doing what we always do, hit the streets with our boards, capture it on film, travel around, hook up and skate with the locals in spots all around the world. I’d like to build more around Malmö and together with Converse it will be possible to try amazing things all over Europe too. We’ll keep doing rad stuff together and try to keep this skateboard culture as alive, raw and radical as possible. 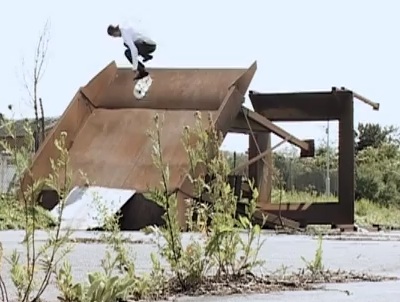 Pontus Alv’s Polar Skate Co have dropped an eight minute promo this morning featuring the Polar team and friends. Feast your eyes and ears on this promo featuring what you would expect from Klez Motion Pictures International. If you want more info on what Polar’s deck range is like, then read our review.