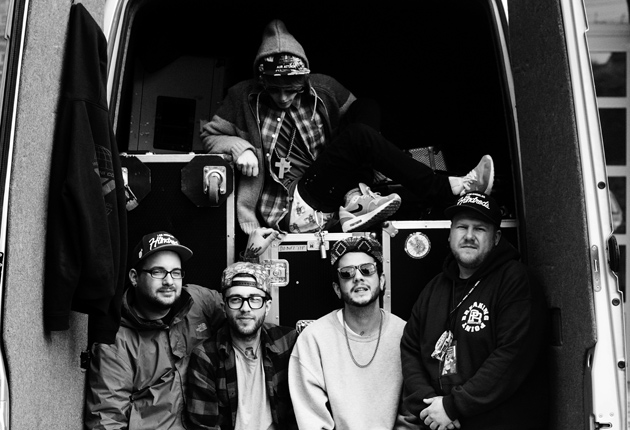 With a heap of line-up changes and four studio albums down the line, Your Demise are looking the tightest they’ve ever been. With their recently released EP Cold Chillin’ stacking up amongst fans new and old, their 15 date tour has most definitely kick-started this year.

To round off the Sink Your Teeth tour, Your Demise’ guitar God- Oz unveiled the band’s plans for the year, their move from Visible Noise, going DIY and there’s even a mention of One Direction! Read on to find out why from Jenny Chu‘s interview.

Congratulations on your recently released EP Cold Chillin’, how long did the writing process take?

It didn’t take very long because we had a bunch of riffs already kicking around from when we toured Japan and other tours. It just came together so quickly and easily everyone as always was on the same wave length. It just came about so easily it didn’t take long at all really.

How did it compare to releasing records through Visible Noise?

Visible Noise never said we couldn’t do anything, but we had to release a record when they were ready for it. Now we can just release whenever we want, we can do whatever we want. Like if we want to do another EP in a couple of weeks, we’ll do another EP. We’re not tied down in some respects.

The first track to be released off it was ‘Karma’, why and how did you pick that track?

It was just an instant banger. Like we love that song, it just felt like the right first song, just really punchy and in your face.

Which track from Cold Chillin’ is your favourite to play live? – Does it sum up Your Demise as a whole?

Karma! That’s what we open the show with, it’s brilliant, I just love playing it. So stoked every time we go to play it! We’re all good mates and it’s a great song to play.

You released your 4th full length album only last year, as well as Three For Free EP, do you find writing songs comes really easy for you guys hence your compact back catalogue?

Yes it does! A lot of the time we have riffs kicking about here and there, or song ideas. We find it quite easy to work with each other so writing is never really an issue. 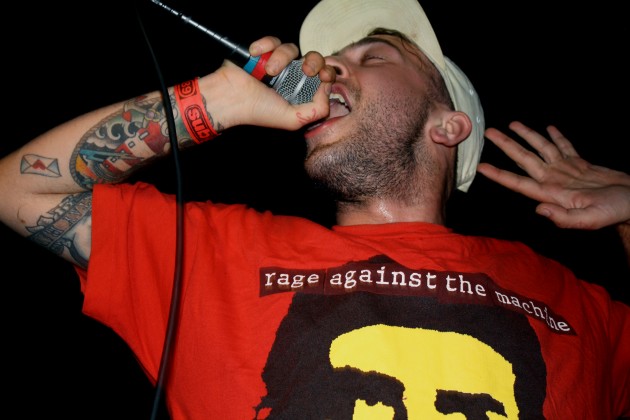 Has Your Demise ever experienced writers block?

A couple of times, but not really anything to worry about. We have it for a minute then we listen to something and are like “oh shit we can do something a bit like that”, but it’s easy enough to get through.

When can we expect another album? Or EP like you mentioned earlier?

Maybe next year, yeah…not next week. We’ll probably start recording a full length at the end of the year and then probably released early next year. And see what happens; maybe do another EP after that as well!

Today is the last date of the Sink Your Teeth tour, what have been your highlights?

Oooh, there’s been quite a few! Like Manchester was mental, kids were on the stage constantly throughout the whole set..Leeds! To be fair all the shows were good, even like you know, it was just a bit unfortunate Newcastle was shut down but that was good show. We haven’t had any bad shows on this tour; they’ve all been really enjoyable. And I’m really looking forward to doing tonight here as well- London!

So you mentioned Newcastle, you got through six tracks then what happened?

Yeah that’s right; they didn’t give us a warning. They literally ran on stage, pulled the microphone out of Ed’s hand and we carried on playing and then they cut the stage power. The kids were crowd surfing, we weren’t inciting it because we were told not too before that show, but the crowd were crazy so what can you do, if the kids just want to have fun, they want to have fun.

How have Heights, Counterparts and Fact found supporting you?

I think they’ve really enjoyed it. We’ve supported both Fact in Japan and Counterparts in Canada and they’re good mates of ours so it was nice to bring them over here and give it a blast!

You’re off to America at the end of May, how excited are you for that?

I’m really excited! All the fast food, just hopefully some nice weather- fingers crossed! I always love going to America so stoked on it.

Bit of sight-seeing then?

If we have time! We had a tour that finished in New York and I went to the Empire State building which was cool. We go up on the West Coast. I just love California! Everything about California is amazing, I love it. 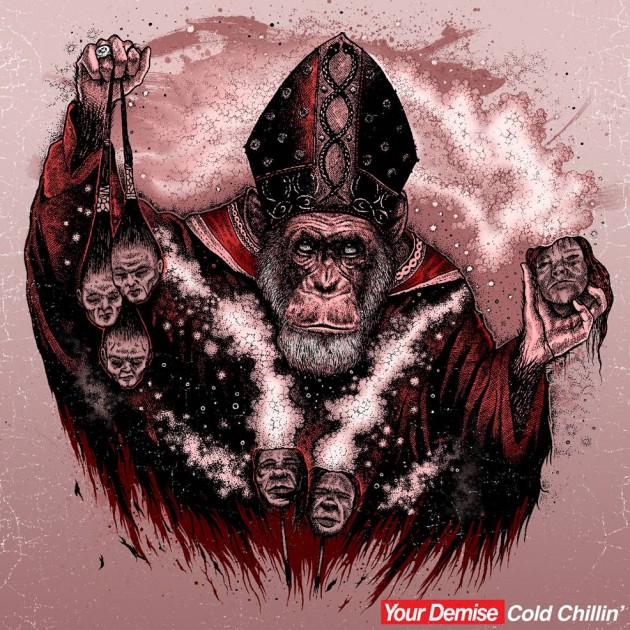 In the past years you’ve toured a lot, who has been your favourite band to share the same stage as?

There have been so many great bands we’ve been on tour with! I tell you what, this tour; watching Fact every night on this tour has been pretty wicked. And seeing them pull thousands of people in Japan, selling out massive venues was cool. So it’s good be sharing the stage as them.

If you could tour with one band who would it be?

Just constantly touring with one band?!? That’s a tough one because like you meet so many people and you get on with everyone. For me it would probably be Comeback Kid, I love those dudes! They’re a great band. Luckily we’ve been able to play quite a few shows with them and do a couple of tours.

If you had to cover one song, what would it be?

You teamed up with Impericon for Cold Chillin’ how did that come about?

They do all our merch for us and we’ve known them for years! They actually came to us saying “we’ll release it for you”, they’re good mates and they always hook us up.

Do you think that’s going to be a future thing then with Impericon?

I’m not sure really! We’ll have to see how it goes. If they’re up for it, we’re up for it.

How’s the reception been for Cold Chillin’?

It’s been really good, really good like. People are saying “Oh, Your Demise are back” even though we didn’t go anywhere. Yeah it’s been a really, really good reaction to it which is cool and obviously you want to hear good things about the music you write.

Were there any tracks that didn’t make the final cut for Cold Chillin’?

We kind of half wrote one track but it was pretty much we got four solid tracks and that was it, the fifth one was just a bit more of a jam and didn’t suit it really.

What would each of you be doing if you weren’t in Your Demise?

What’s in store for the rest of this year?

Just plenty of touring! And probably write a new full length album at the end of the year.