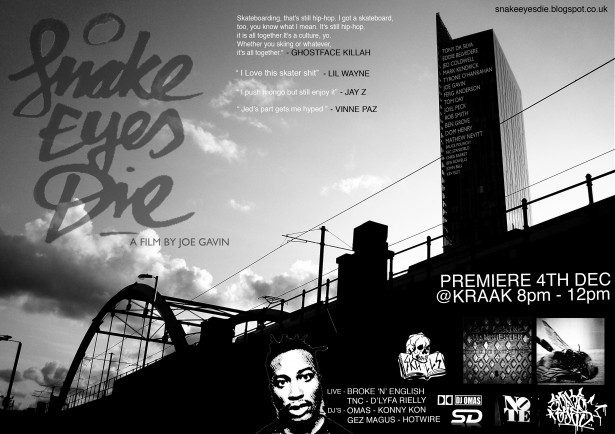 The film will premiere at Kraak in Manchester on December 4th at 8pm.