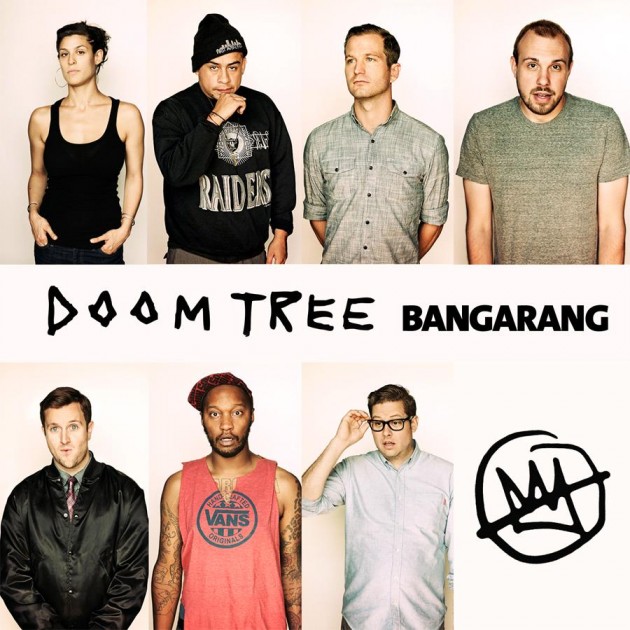 Whilst many of the fans inside London’s Electric Ballroom may have been waiting for Alabama’s finest, Yelawolf, a good portion of them were there for the support, the Minnesotan crew Doomtree, who were making their UK debut. Being a support act isn’t easy at the best of times, but with a large crowd in front of them, it was going to take something special to get the atmosphere going and a frenzy whipped up, but within one song, the seven-strong crew had done just that.

With Paper Tiger and Lazerbeak in the back manning the decks and live drums, the five MCs bounced around on stage, each taking their turn to showcase their talent at the fore, getting hands raised, fists pumping and wings-and-teeth handsigns well and truly taking over the crowd. From old favourites like Slow Burn to brand new tracks from their latest crew album No Kings like Little Mercy, Bolt Cutter and No Way, the energy levels never dipped below 100% and many, many new fans were made.

When they dropped their aptly titled banger Bangarang, it was game over for any cynics. The beats bumped and the rappers were fully on point. POS and Mictlan in their ripped denim and leather, Cecil in his understated yet devastatingly smooth steez, Dessa with her singing and rapping that simply demanded attention for all and Sims who bounced around and told the crowd who they were watching and loving, all combined to prove just why they are such an exciting proposition and even POS’ new track Get Down, which no-one had heard before, had the entire crowd going nuts to a bonafide club smasher.

Yelawolf may have had his name on the ticket, but it was Doomtree that took over the show. Now we just need them back for a headline show.