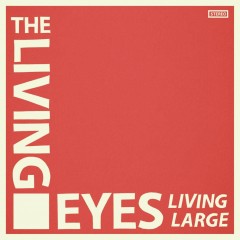 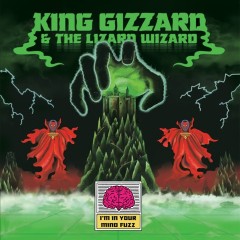 Ok, just checking, we’ve all got over guffawing about the band’s name, right? We can just listen to the music, yeah? Cool. And you know what lies beneath the surface belies the goofiness. Roger Daltrey could see for miles and miles, but if he was standing in the Australian outback, home-ish to King Gizzard & The you know the rest, he could see even further and let me tell you, he’d (probably) be psyched by I’m In Your Mind Fuzz. King Gizzard probably couldn’t give a XXXX (ask your rowdy dad).

Like Thee Oh Sees, once this locks into a groove it doesn’t let go, like a dingo with a steak in his molars, and it doesn’t get more John Dwyer than on the song ‘Am I In Heaven?’

It’s unorthodox to have a seven piece band, but unsurprising given the intense blast of sonic thrust, particularly on the first four songs which come on like a suite. There are no gaps, just movements, and unerring ones at that, I haven’t heard such an explosive first half to a record since Fits by White Denim. The songs hang together so well they even only have slight variations in the titles – ‘I’m In Your Mind’, ‘I’m Not In Your Mind’ and ‘I’m In Your Mind Fuzz’ only held apart by a thin layer of a song named ‘Cellophane’. They also have a sense of humour as their skittish diversion into ‘The Streets of Cairo’ (otherwise known as the Snake Charmer song) demonstrates with venomous aplomb.

After the desert storm come slower, more psychedelic tropes, still with an Eastern mystic charm – think Jonathan Richman ‘Egyptian Reggae’ meets Tame Impala, except this is less tame than an impala, more like a disturbed rattler. A latecomer to this year’s garage party, I’m In Your Mind Fuzz will definitely still be on the mind come the New Year no matter how fuzzy you’re feeling.