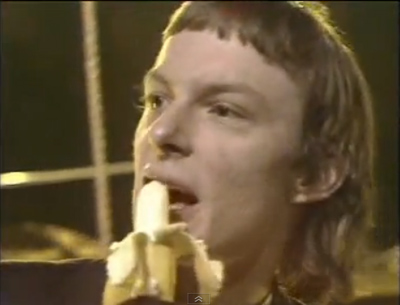 When The Dickies formed in 1977 and unleashed their spiky but catchy punk rock on fun seeking, Los Angeles audiences, a major label in the US music industry broke the rule books and signed their first Californian ‘punk’ band. Throughout 1978 The Dickies released 4 singles on A&M Records including “Paranoid” that hit #45 in the UK charts and “Silent Night” that also made the top 50 at #47 and kept radio waves buzzing with energy.

But the breakthrough track that won the hearts of millions worldwide at the time was their most famous hit “Banana Splits”. This unique tune made it all the way to the #7 spot and was also slowed down to valium speeds to be used as the theme tune to the most bonkers kids TV program of all time- The Banana Splits. This confirms that the LSD was still freely available and damn good at the time, if nothing else.

Over the years, 5 different members who have drummed, played guitar keyboards and sax have passed away from suicide, heroin, heart related and pneumonia problems. That aside, the San Fernando Valley punk rockers carved their name into the legendary punk rock books and will be remembered forever. They will also be in England on tour in July at the following dates so get out and see them:

Enjoy both sides of this Banana Split from these 2 videos- the more you watch, the sweeter it gets.