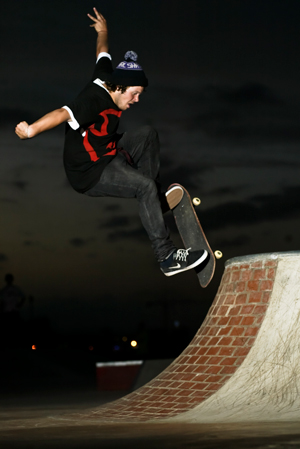 The story of Cardiff getting its first proper outdoor skatepark is a long, tiresome one that has its roots in the first days people would get kicked out of the Welsh Offices. The idea would be knocked around and years would pass and there would still be essentially no where for skateboarders living in capital city to skate. Of course, the skateboarders of Cardiff were lucky to exist in a growing city that blossomed into a notorious street skaters haven. In a way, this in fact brought the skateboarding community of Wales even closer together, eventually spawning the hugely tight and unsurprisingly seminal Cardiff Skateboard Club that’s gained unofficial ‘members’ from across the UK. But with more street spots come more security guards, more angry pedestrians and a plethora of students getting in everyone’s way. Sessions would too frequently be cut short and it wasn’t until 2009 that the unanimous decision was to go to the council with years worth of evidence and support and demand a skatepark be built in this city.

In July of 2009, Nick Richards (of Nick The Bastard fame) organised a protest outside county hall that attracted local and regional newspapers and more importantly, the attention of Cardiff Council. In a well-planned protest, the skateboarders of Cardiff demonstrated the need for a skatepark in the way that anyone in a skate scene living in a currently neglected town can do. Patience (Cardiff had enough of that…) and genuine desire goes a long way. The Cardiff Barrage Plaza was swiftly becoming a realistic idea and the typical poorly designed council parks will likely be skated for the last time in the months that followed.

Just six months later and the skatepark was confirmed, with £140,000 in the pot for the beginning round of development. The CSC then liased with various skatepark designers so that the plans for the park followed something that the skaters of Cardiff actually wanted. Marc Churchill’s Gravity team got the contract with a design that not only made everyone wet their pants a little (and launch the CSC blog into the stratosphere of comment section tomfoolery) but made full use of the budget and space available. From having to rely on an increasingly cracked area of flatland with a flatbank that only five people in Wales can actually skate properly, the CSC and extended CSC fam would have one of the UK’s most innovative parks in one of the sexiest locations imaginable. Apparently we do like to be beside the seaside. 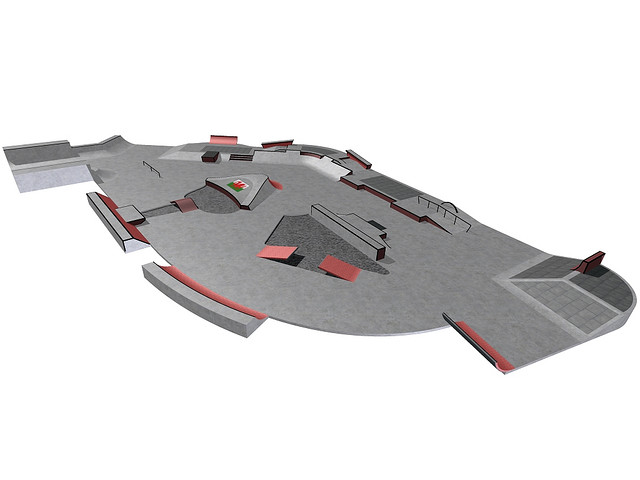 After 8-10 weeks of solid graft from Gravity, the park was made and fences were to be hopped! Ahead of schedule, when the Ipath crew turned up expecting somewhere to skate, the fences came down and everyone could officially skate the park. Needless to say – you’ve seen the plans, the pictures and by now some videos too – from this point on, the collective CSC facebook wall-to-wall read nothing more than “plaza?”, “skating the plaza?”, “when are you getting to the plaza?” and “plaza today?” I can’t imagine this will change any time soon. Well… not until it rains at least. And it will rain. It’s Wales.

But for when its dry, the Cardiff Barrage Plaza is genuinely the most fun thing I’ve skated since I can remember. The design is lightyears ahead of its competitors in regards to both how well it flows and the sheer amount of people you can shove into the place without it turning into a game of human pinball. Even on the opening jam, where at least 200 attended in another one of UK skateboarding’s most infamous sausage fests, I didn’t collide with anyone. Not even a kid. It’s almost magic. Though, judging by how universally friendly Porno Paul’s lexical choices were when MCing the event, there must have been something in the atmosphere to make everything so…nice?

Rather than read superfluous descriptions on how rad the park is – see for yourself. Nick Richards has worked his arse off putting the building of the park in motion, but filming an absolutely banging edit, exclusively for Crossfire, of all the sessions that went down in the first month. LSP local Harry Deane also jumped in with his VX and shot another edit for us focussing on the locals and younger crew, you can see his edit here. Let this story be part of the motivation for you to get something similar done in your town. It CAN be done. And just look at the results…

Big up to Gravity, CSC, Crayon Skateboards and City Surf for working hard to make this happen for the capital of Wales. Dai iawn! If you’re stoked on this park and the edit then share it on Facebook and get your mates and plan a trip to Wales because great parks should be skated and not just talked about.

The plaza is located next to The Cardiff Bay Visitor Centre, Harbour Drive, Cardiff, CF10 4PA – or you can check the map.