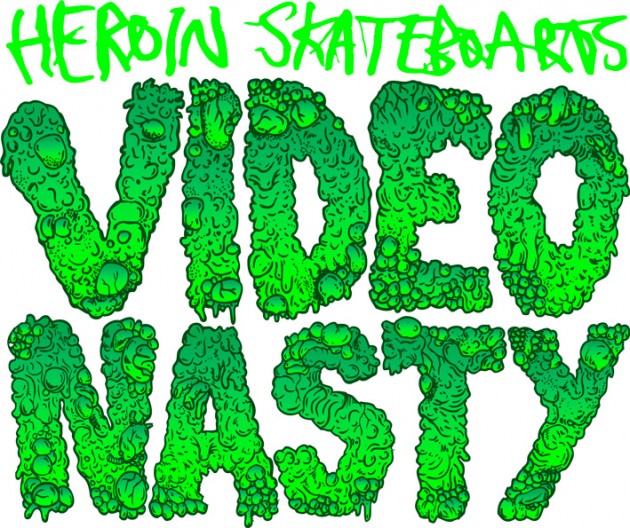 Heroin Skateboards have released their new pro decks featuring signature models for Daniel Shimizu, Gou Miyagi, Chett Childress and Deer Man of Dark Woods. All come over 8″ in size but if you are looking for a smaller rig then the Chopper deck from the New Ball Series is available as a 7.75′. 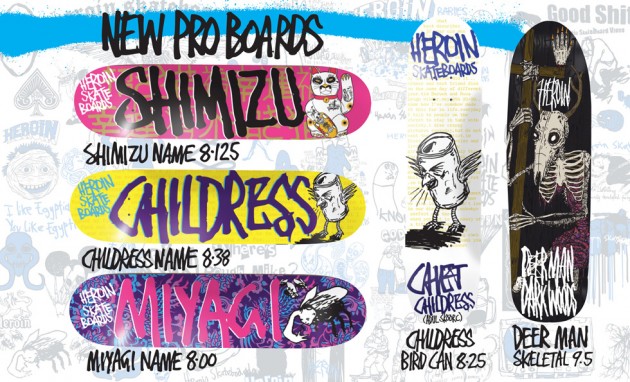 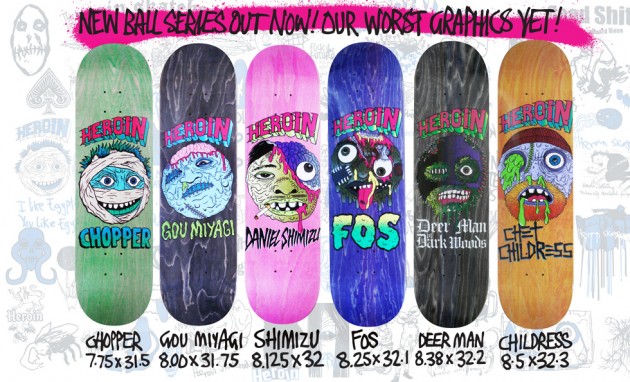 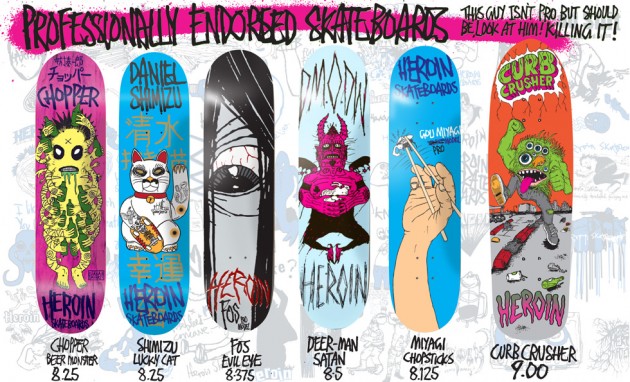