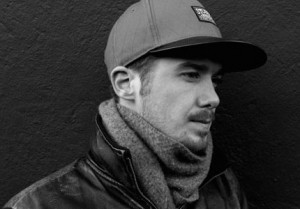 Rack n Ruin has been knocking out bangers for a couple of years now and with a string of hits under his belt including Soundclash, Righteous, Territory and more, he’s guaranteed to blast the speakers each and every time. As we gear up for the Crossfire Halloween Massacre, we had a quick chat with him to show you what to expect come the 28th.

You’ve been on the scene for a little while now and have mixed up sounds from Soundclash with Jessie Ware to Territory – do you just make tunes as you go along and see how they turn out? Or do you set out to make certain styles before you get going?

It depends really. Some days I have an idea in my idea and will stick to that but some days it’s just experimentation. If I’m working with a vocalist, we’ll generally get the vibe going together and then go from there.

You’ve done remixes for the likes of I Blame Coco and Nas/Damian Marley – how did they come about and do you approach them any differently from your own original beats?

Island Records approached me after hearing Soundclash and asked me to do some remixes, this then led to the work with Coco etc. I approach remixes in lots of ways, but usually I listen to the original and think of a way to make it more interesting and more suited to the dancefloor. It is different to making original tunes unless you start an original with a prominent sample.

There are loads of talented MCs out there, who have been the best you’ve worked with and are there any you still want to jump on one of your tracks?

P-Money is very talented and a fast writer. Old skool jungle dons like Navigator and Slarta John are also amazing. I’m very lucky to have worked with such sick MCs. I’d really like to work with some MCs from the States next.

How did you hook up with Black Butter Records and how good a fit are they for your tunes?

My manager runs the label and we’ve been there from the start of the label so it nice and my sound has progessed along with the label. I really like their output so it’s all good!

What are your top three tunes playing out at the moment?

Bax by Mosca, Signal by me and P-Money and everything by Hostage!

It’s the Crossfire Halloween Massacre you’re playing at, so who would be the last person you’d want to see trick or treating you when you open the door?

Evil clowns freak me out so probably one of them!

And money’s no object – what would you dress up as for the Ultimate Halloween outfit?

That’s a hard one. Always loved the Jason films so probably him, a bloody hockey mask!

Get on Rack N Ruin’s latest release below and find him of Facebook.