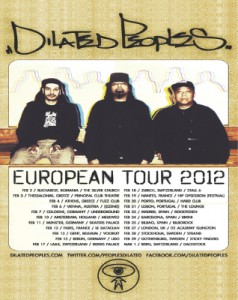 Dilated Peoples are one of those groups that you might not listen to in a while, but when you do, you remember just how awesome they are. Thankfully, due to Evidence‘s brilliant Cats & Dogs solo record on Rhymesayers last year, the Dilated catalogue had been getting a good airing in the past few months , building up a lot excitement for the arrival of this show in North London.

Having missed the support, we hit the venue just as DJ Babu hopped up behind the decks and introducing the two MCs, Evidence and Rakaa Iriscience, by blasting out Live On Stage and immediately the tone was set – the crowd shouted, screamed and chanted along, hands thrust firmly in the air. Though the show wasn’t a sell-out, it was comfortably full and you would be forgiven for thinking there were twice as many people in attendance.

The rappers played off each other with glee, Rakaa dropped his verses from under a hat which almost covered his eyes contrasting Ev’s trademark laid back flow as they dived into both new and old tracks, from You Can’t Hide, You Can’t Run and Back Again to the classic Worst Comes To Worst. With every order from Ev, the crowd pumped more noise towards the stage, something all three members reveled in as they each showcased their own individual talents.

Babu’s scratch routine was a lesson in turntablism, speeding up his hand movements to that of a blur, a mini-whirlwide on the decks, Rakaa dropping tracks from his Crown of Thorns record and Evidence wowing the crowd with a rendition of the Premo-produced You, mixing in beats from Gangstarr’s Full Clip and Royce’s Boom.

The setlist provided a greatest hits of their stellar career, never once dipping in energy. Once the show was over and the crowd dispersed, the overall feeling was that of having had the most fun in a long, long time. With a new album on the cards this year, let’s hope it’s not long before they’re back smashing it in London again. 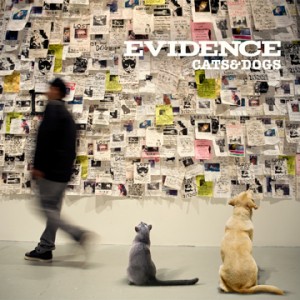 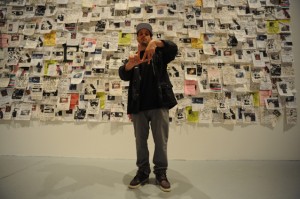 Evidence has dropped another set of visuals from his new album.

It Wasn’t Me is taken from his Cats & Dogs album, out on Rhymesayers Entertainment and is a perfect example of what to expect from the record. Crank it and get your neck snapping, this one bangs.