Swervedriver
‘I Wasn’t Born To Lose You‘
(Cherry Red) 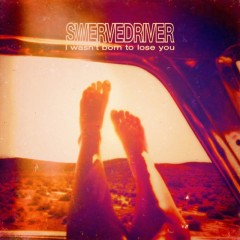 Nostalgia has never played a bigger part in music than it does right now.With decades of music to draw from, and with literally every band from the past still active or reformed and playing again, it’s a cluttered world of music that we all occupy, and it’s a wonder how new music even gets a look in. How many of these reunited old bands, however, can return eighteen years after they last made a new album and come back with a set of songs that is as good as, if not better than, the prime of their original material? The answer is of course, not very bloody many. Apart from Swervedriver.

I Wasn’t Born To Lose You is testament to how talented Swervedriver are. Initially lumped in by the UK press in the early 90s with the whole dour ‘shoegaze’ scene (Ride, Slowdive, Chapterhouse etc), it was a label that never sat well with the band. They were tougher, harder and more psychedelic. Swervedriver’s swirling, charging, dusty-road-wasteland rock had its roots and influences in the highways of American blues, the sonic white noise pop of Husker Du, the psychedelic freak-outs of Sonic Youth, the slacker fuzz grooves of Dinosaur Jr. Their debut single ‘Son Of Mustang Ford’ (released in 1990 on Creation Records) wasn’t the sound of a band gazing at their shoes, this was a band tearing down the highway, peddle to the floor, blowing sand and dust in our faces as they tore through the music scene, creating some of the most sublime and addictive psychedelic rock the nineties had to offer. 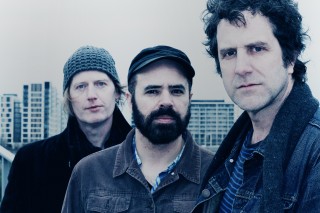 By 1998, however, their tank was running out of fuel and the band went on hiatus, going their separate ways. By 2007, with their cult status at an all-time high and with the music scene coming around again and catching up with their style, they performed at Coachella and played intermittently for the following years. By 2013, we got out first taste of new material in single ‘Deep Wound’ and the flavour was good! Now we have the whole album in our hands and in our heads and it doesn’t disappoint in any way whatsoever. Tracks like ‘For A Day Like Tomorrow’ and ‘Setting Sun’ are as good as anything, if not better, than the band have created before. Singer Adam Franklin’s voice drawls, whispers and croons, chiming and shimmering against Jim Hartridge’s motorised guitar-weaving to perfection. And then there’s ‘Red Queen Arms Race’ which sees the band ploughing headlong into heavier waters, brandishing tough stoner-rock-Black Sabbath infused riffs to brutal and punishing effect.

Ignore some of the average reviews of this album that have appeared. These people obviously didn’t spent enough time with it. Or they don’t know Swervedriver like we do. The longer you spend with this album, the larger the melodies and grooves grow. Open your minds. Let Swervedriver in.