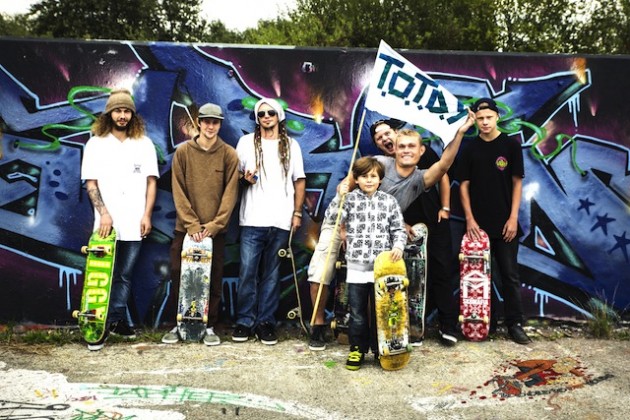 Thousands of votes were cast throughout all of last week to find the winner of Lords of the Swords and the public voted for team Too Old To Die Young! Congratulations to Rabbit, Swamps, Owen, Matt, Andrew and Vickers who were filmed and edited by Rory Martin.

Other notable big ups were the GDC Team for winning the most amount of points over the Lords weekend and were crowned Lords of the Swords.

Spirit of the swords went to Jason Goodwin. The Youngest Ripper award went to Jake Bolt and the Lords edit award went to Cerven Cotter for putting together the Luvenes Fistulae Luvenes, one hell of an awesome edit.

Big thanks to Luke for organising this annual filming comp that pulls the Essex skate scene together, every scene should have one. Until next year, thanks to everyone involved in making it work.