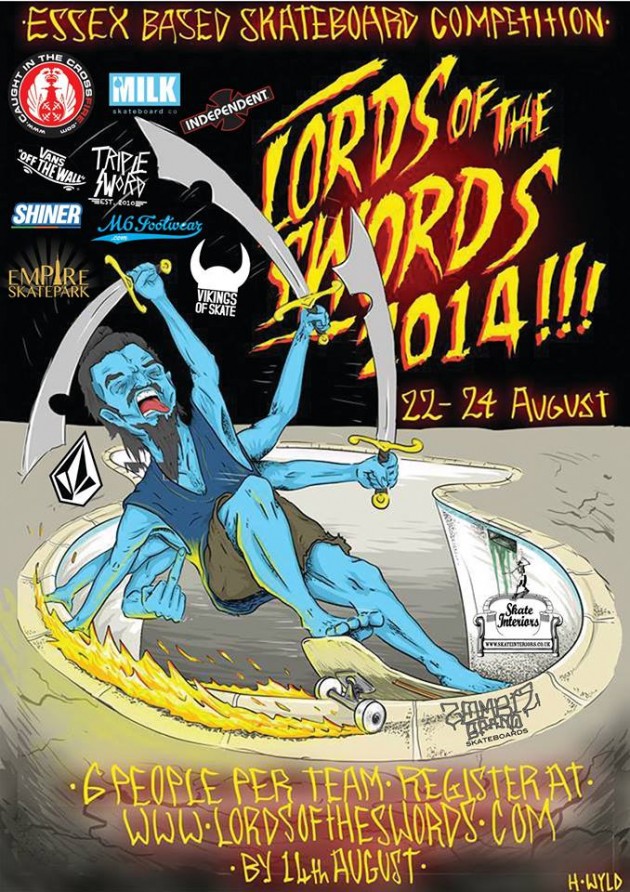 So here it is, 2014’s Lords of the Swords vote is ready! The 15 teams below made it through the cut of 22, all competing across 18 different locations to conquer over 800 challenges that included necking a whole bottle of Tabasco sauce, swimming to plant a team flag to this year’s firework engulfed Crossfire challenge. It’s all here in this footage thanks to all teams involved that endured pain across a full weekend in Essex.

Thankfully there were no big injuries, although a wife of one of the guys from the Too Old To Die team sustained a heart attack whilst they were skating at Dunmow. Thankfully she made a full recovery.

Note that you can vote for as many edits as you like, by pressing ‘like’, but also don’t forget that there are two ‘pro teams’ here: The Zombie Crew and Triple Sword so you have to vote for at least one of them as usual.

The winning team will be announced on Saturday 27th September at 4pm. VOTE NOW!