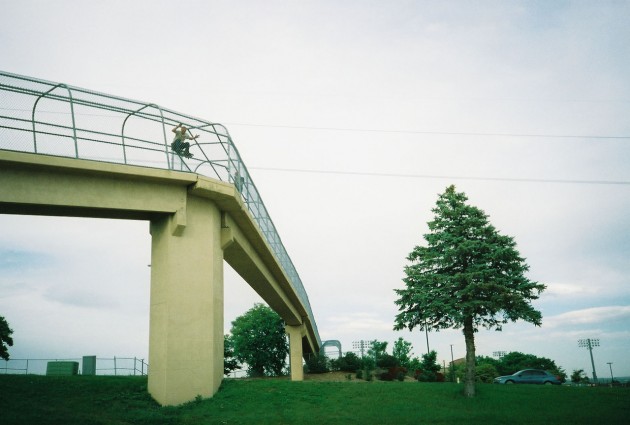 Photo of the week from Tumblr: Kody Kohlman takes a 50-50 in Thornton, Colorado snapped by Murph.

This week’s skate videos were at such high standards that it was pretty hard not to pick too many. Huge shout out to all of those out there weekly shooting and taking photos of those who are pushing skatebaording forwards.

Skate Edit of the Week went to Russell Houghten whose incredible camera work is highlighted yet again in this REDirect edit that will leave your jaw on the floor. Note that it also pays homage to Matt Hensley‘s timeless classic on that freeway.

DGK’s crew did not hold back for their new Blood Money promo. Boo Johnson’s ender is a peach. Read his pro interview here.

Jake Johnson’s ‘fuck off’ wallride ender in this Static IV clip was just the cherry on the cake at the end of one of the best parts seen in ages. This has the lot.

Welcome Skateboards took their quirky team riders to the Berrics for this latest United Nations edit. Lovers of wallrides, hand plants, boardslides, and rad skateboarding are about to receive happiness as this absolutely kills.

Australian AntiHero aficionado Jack Fardell unleashed a box of hammers across San Francisco’s most infamous terrain in this new ‘Hit and Run’ part for Spitfire.