Portrait in Manchester by Dennis Martin from Insta 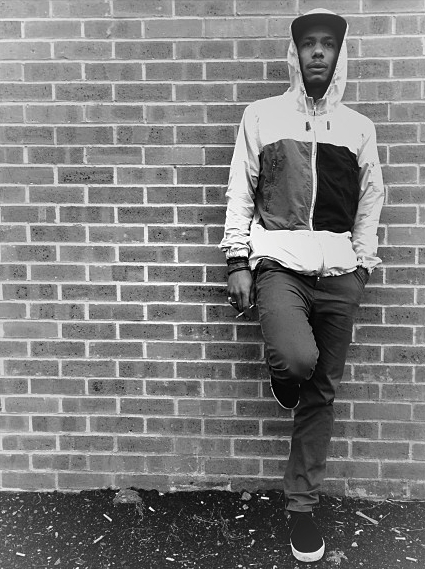 Boo Johnson‘s skateboarding seems to talk in its own language. This guy has worked so hard over the last few years to gain his pro status this week on DGK that the word justified seems nailed on.

Born as Jakel Johnson in the mountain city of Tehachapi in Kern County, California, Boo (nicknamed by his parents) has worked his way up in style. His friendship with Keelan Dadd led him towards the DGK family where he has started to play a pivotal role in the progression of the team due to his positive attitude and a big bag of tricks.

With Boo skating our home turf this month it would have been rude not to shoot some words knowing that him and Marquise Henry are moving up at DGK together. Thanks to Matt Daughters and DGK crew for the hook ups.

Yea. I spent Go Skateboarding Day with the DGK homies and then met up with the Supra dudes a few days later in the UK.

What have been the highlights?

Just being out here! Enjoying the long ass flight! Shit, I was in Leeds and Manchester for my second time in 4 years with the whole Supra squad. That’s as rad as it gets!

We heard you went to China before this UK trip filming your last stuff for the new DGK video, what do you pack for a trip like that?

Shit man, I actually didn’t bring anything I really needed besides a gang of American munchies like Nutella, Starburst, Hot Chips, Gummies, GoldFish and yea, jus a gang of munchies! I didn’t know it was so damn hot, so the real question is: What are some of the items I didn’t bring?! (Laughs!) Shorts, more shorts, ankle stance socks and a bunch of dry fit tees!

Have you survived on the great British selection of shit foods?

What’s it like with UK legend Tom Penny in the tour van? Any good stories?

Lol. Tom Penny’s life is a story. He’s the raddest dude and such a stoner. But shit, it’ll have to be when he starts to feel himself and hit Dennis Martin with an ill flow/rap! Tom killz it when it comes down to spitting bars. He’s such a G.

Supra has arguably the best shoe team in the world that give back with so many tours and demos, you must be loving that hook up.

Dude, really. Supra found me and I just related to the whole team and got along with the whole crew and the team manager. I’ve been over there since day one so just stuck it out and I’m lovin’ it! S/O Supra and the whole Brothahood.

For a man who takes pride in having a huge bag of tricks what part of your skating gives you the most grief?

I’m not the best at ledges. Just the fact of tryin’ for dayz and taking time and a lot of effort to stick in there. I don’t have the patience to skate ledges. Ha!

I’ll be stoked to get this kickflip back overcrook down.

Congrats on going pro. What helped you make your decision to leave Element for DGK? Was going pro in the works since then?

Going pro was in the air with DGK when I first got on just cuz Element had plans on turning me pro earlier in the year as well, so it was only right. But yea man, there is a time for everything. The switch was just something I wanted to make as a personal decision at the end of the day. 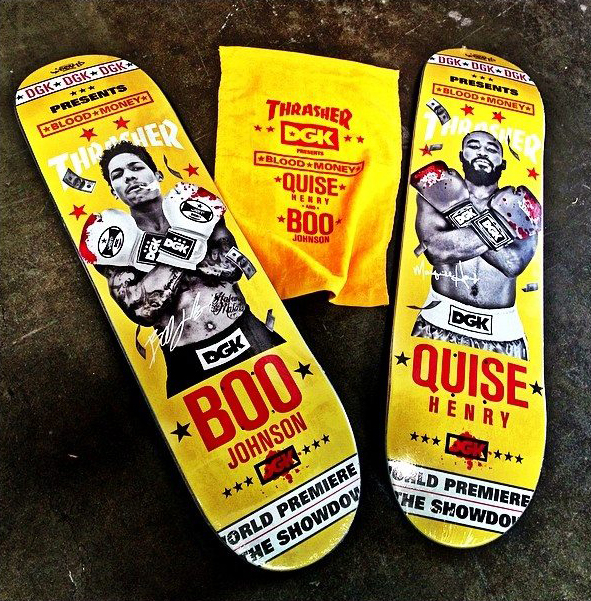 Those showdown graphics are tight….

Yea. The designers over at DGK did the work and really came thru. I think they came came out really dope!

Are you working on future deck designs?

I’ve mentioned doin’ a Booboo The Bear graphic to DGK that they’re working on but I’ll be coming up with some more ill board graphic ideas down the line for sure.

Did you want to be in Parental Advisory after you saw it? Are you hyped to be in a DGK video now?

Naw, I thought the Parental Advisory was epic but it’s not like I wish I was in it. It wasn’t even a question on me getting on DGK when that video dropped! I did enjoy that video a lot though. An yea man, I’m a part of the Family now so I’m definitely stoked to be in the Blood Money video, no doubt.

Tell us a little about Blood Money, have you seen Marquise’s part?

Blood Money is gonna be dope for sure, I’m excited. It’ll be a short, but epic edit for sure. And yes, I’ve seen what Quis is working with at the moment and it’s dope. Just like all his other parts, he’s a killer in da streets!

Have you seen the rest of the footage?

I’ve seen a lot of the footy and it’s all pretty ill. It’ll be a good one! DGK ALL DAY.

Ph: Hardflip in his backyard of Long Beach shot by Brandon Alton. 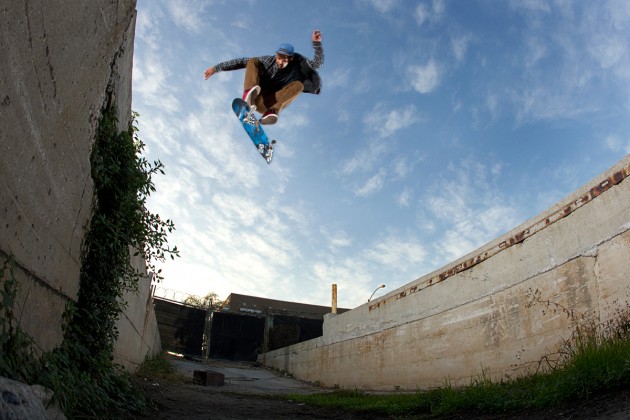 If DGK is All Day, where is Boo most nights?

Shit man, probably at home chillin, regrouping, eating, watching TV, rollin up or hanging out with my girl Tanya. Pretty much getting ready for the next DGK ALL DAY.

What’s up for you next after Blood Money drops and your decks hit the shops?

Before you split, give us your top 3 albums of all time that you cannot leave the house without.

And lastly, give an amateur skateboarder some advice on his next step to get a pro model…

I don’t know man. Just Skate Have Fun & Just Do Your Thing. Stay positive and maintain.