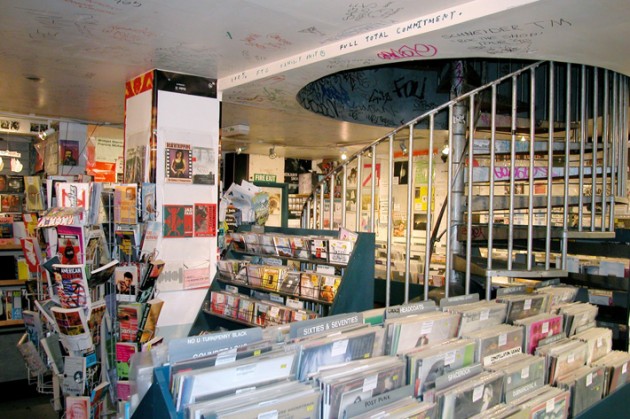 Another piece of skateboard and music history is about to grace London’s long list this month as Slam City Skates announced last night that their Covent Garden store in Neal’s Yard is set to close after 27 years.

The previous owners set up the store back in 1988 when they were in partnership with Rough Trade Records, who were based in the basement of the building. The small space at the bottom of a tight spiral staircase hosted vinyl and CDs and one-off, jam packed gigs for classic acts such as Pavement, Jeff Buckley, Sebadoh, PJ Harvey and also the first ever Beastie Boys show in the UK. Those who managed to bundle in there to get a space were lucky. 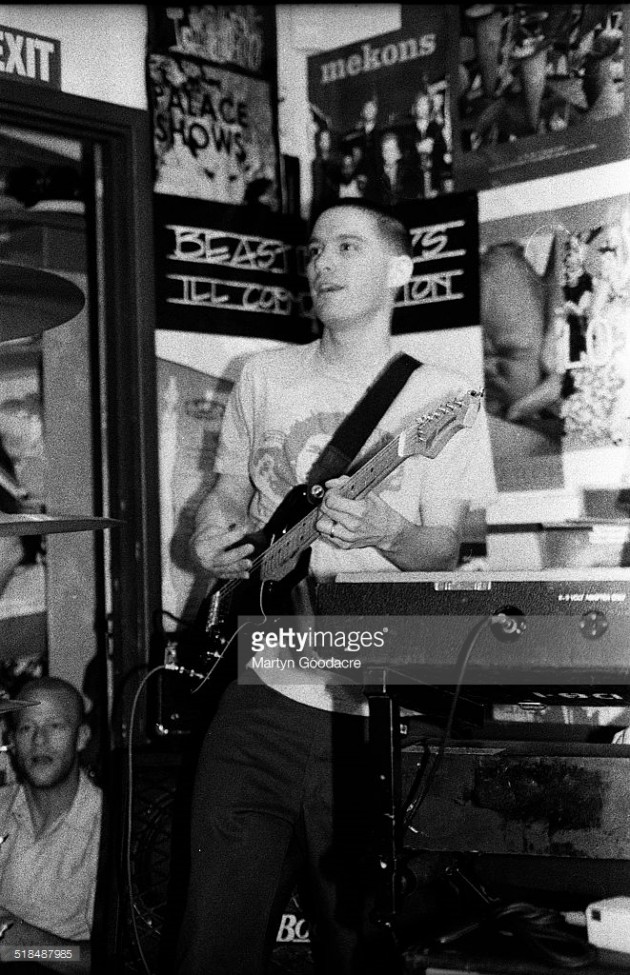 Upstairs of course was a hang out for all who loved the smell of urethane with walls of decks, clothing racks and hardware. Still is. The space on the left of the counter to regrip your rig has been in constant use and if I were to close my eyes and think of the setting I can see Seth and Jake bagging up the goods from around the 2002 era. Many a Crossfire flyer for our monthly events was left on the counter with this lot monthly, it was a staple hang out for the many generations that have come through London’s skate scene and will always be.

We asked Descent Skateboards owner Chris Pulman who started working at Slam as retail manager (1999-2005) and then became business manager (2011-2014) to reflect on his memories there this morning:

“Slam has been a big part of the London and UK scene since it opened and so many generations of guys and talent have come through there. I was lucky enough to be the to support the growth of the UK domestic brands such as Blueprint, Heroin, Landscape and Unabomber at the start of that. It was truly inspiring seeing guys take control of part of the industry and not relying on overseas input to make the local scene grow.

That’s the serious bit. Outside of that Slam has been a youth club, a “jokeshop”, a brand-breaking store and somewhere that’s always been lucky enough to carry any product it wants, regardless of how obscure. There have been so many facets of the store that make me chuckle to this day; The quote book, Nike kickflip challenge, the emergency self-destruct button, the eccentric Rough Trade employees, the genius bookkeeper, sawing a Tiffany Dunk in half, the hoover that lasted for 20 years, taking 15 years to convince the owners to put in a new carpet, the visitors from all over the world and the celebrities that would show up from Vanilla Ice to Victoria Wood. Everything else is too ‘illegal’ to put into print…

Slam is an institution. It’ll be great to see where it goes next.

Support your local. No amount of HTML can knock out a broken kingpin or re-thread your axle…”

16 Neal’s Yard may be history soon but the good news is that Slam are moving only a minute away around the corner to a new building on Endell Street and will be open on the first week of April.

A new era, a bigger space and a fresh start is imminent. Good luck to all involved and thanks for the memories.

Find words from Slam staff on the move here. 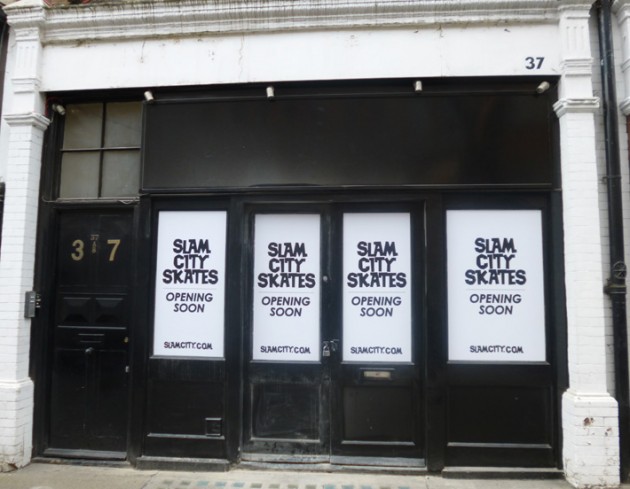