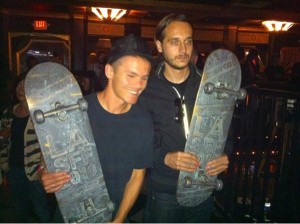 Various films were shown at the The Downtown Independent Theater including a screening of Machotaildrop and 19 Years Young and winning entries included Skateistan which was awarded Best Documentary, Plank was the winner of Best International Film and Dango is Dead won Best Shop film.