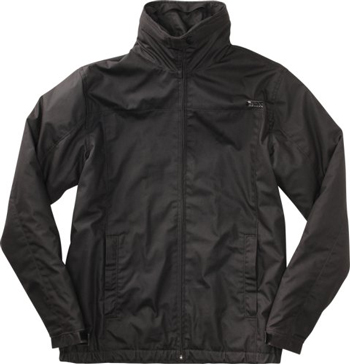 As I’m sure many of you have clocked on by now, it’s starting to really get cold outside and if you haven’t picked up a coat to keep you warmer than the one seat in the back of London buses then you’re either stupid or dead. Since I’m typing this I can only assume I’m not dead, but I have to thank Etnies for that as they so kindly provided me with this Kalmer jacket to prevent the tragedy that would be my stupid body freezing. Naturally, it went straight on and I embarked upon a test walk in sub-zero temperatures, the length of which that would rival your Grandad’s commute to school back in his overly exaggerated stories from times that probably never existed. So like, maybe a mile or two.

Not only did I feel totally snug in this jacket that’s fully lined with super-toasty polyester long loop terrycloth but I felt almost dangerously smart for the area of London I was walking around in. The simple black colourway is something I will forever encourage as that ish just works. The fit is not hipster tight but it’s not pseudo-fresh baggy either so even the thieving greedy bitch Goldilocks will be satisfied with this perfectly happy medium that Etnies have expertly crafted.

This is a mature coat with deep front pockets that can hold all of my useless crap. Thankfully, instead of looking like a sketchy salesman as per, this is the kind of jacket that could have you mistaken for some sort of employer at a bank rather than the unashamed floor-sitters we all are. But if you’re okay with that then don’t hesitate to get this sublimely comfortable and cozy jacket that’s just straight up super warm.