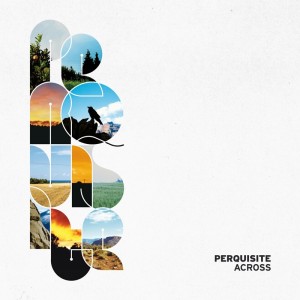 The world of Dutch hip hop is a healthy one for a country as small as Holland – C-Mon & Kypski, Opgezwolle and Pete Philly & Perquisite all put their nation on the map over the last decade and so it was a pleasant surprise to see the latter’s beat-maker had released a solo album. Solo album is perhaps a slightly loose term to use, as despite not having his usual partner in crime lending vocals to the beats, the producer has a multitude of singers and rappers guesting throughout to make the most of his music.

Perquisite, who was named Best Producer in the Netherlands in 2009, has moved away from his more traditional hip hop sounds on the this album, allowing himself to spread his wings by stripping some songs down or getting jaunty on others. His musicianship has always been strong, as proved by his love of using cellos on previous production and this album is certainly an extension of that. Kicking the album off with Set Me Free with Urita and Sanguita, the party vibes flow immediately [as you can see in the video below], Dreams Of Gold and the brilliant brass-infused Bottomline before he moves into more melancholic vibes with the piano-led Time featuring Dazzled Kid of Voicst fame.

It’s the tracks with Janne Schra which make the most impact when listening to the album however. Machine showcases the singer’s wonderful voice, keeping the music tone fairly quiet until a couple of minutes into the track when the woody bow of cello and drums take charge of proceedings and Schra’s voice crescendos into a attention-grabbing aria. Silence is more upbeat and allows her to take over with a sing-a-long chorus whilst GMB raps his verses with fun-filled joy. As with Machine, the female voice takes centre stage over the understated rhythms as Renske Taminiau sings on I Rely On Me, with its lilting chorus and swaying dreamy melody.

So, whilst it is a shame that the Pete Philly & Perquisite team has split up, it’s good to see that the producer hasn’t stopped all together and this album is a testament to his talent and dexterity. This is definitely an album to check out for long train rides or those afternoons when the rain is stopping you going out.