Normally we don’t do this sort of thing but 2010 deserves to remain in the forefront of our minds as we enter 2011. So much has changed, what with web edits being crowned king and DVDs, though still significant, are unquestionably on the way out. 2010 saw some embrace the new medium of presenting skateboarding while others countered against it and the combined results was extraordinary. We don’t remember the last time we have been so constantly hyped on skateboarding during a 12 month period.

So, have a look below to see who we have decided deserves extra props for the graft they’ve put in to make skateboarding an even radder thing to be a part of. ‘Ave it. 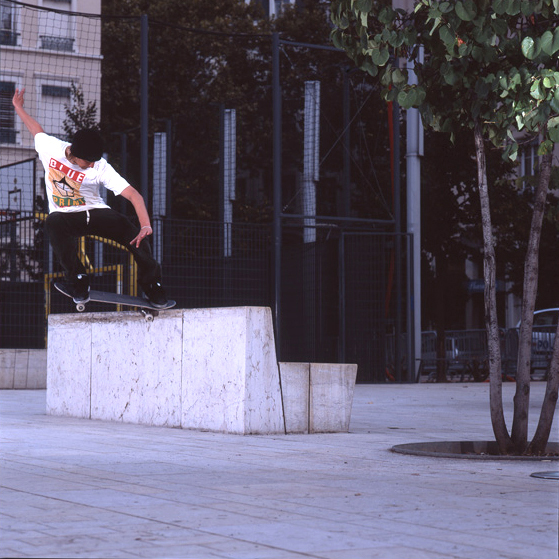 One of the hardest working men in all of skateboarding, Mark Baines rarely stepped off his board this year. His parts in both the Rockers video and Blueprint’s ‘Make Friends With The Colour Blue‘ were overwhelming and filled with progression for both himself and British skateboarding in general. Everything he puts out is fuelled by skateboarding and it all goes straight back into skateboarding. A true inspiration. 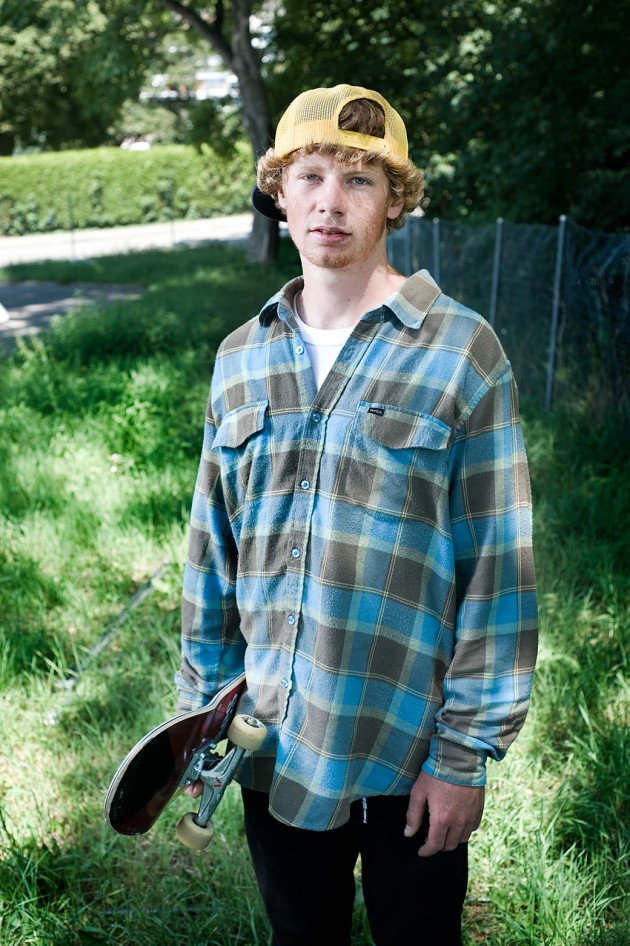 In recent years the ams of the UK have been making a far greater impact on the global skate scene than ever before. None more so than the Exeter jokeshop known as Barney Page. Ask anyone who has skated with him and they’ll all say the same thing. Normally it’s something like, “ooooooof.” but Barney’s natural ability is often hard to comprehend, let alone articulate. The hardest thing to fathom is this… he just keeps getting better. After stealing the spotlight from US pros in recent RVCA tour edits, Barney, whether he is aware of it or not, is on his way to do some bloody great things for UK skateboarding.

1. Pontus Alv – In Search Of The Miraculous 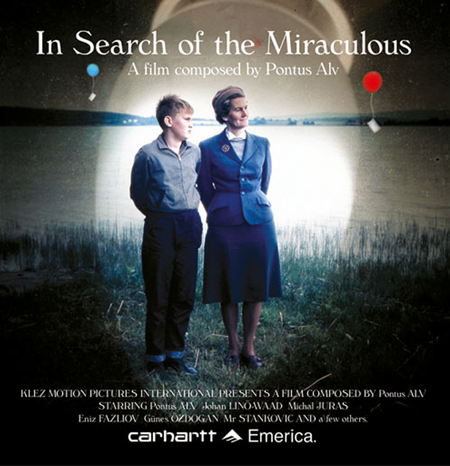 After worrying about hyperbole for weeks after watching Pontus Alv‘s latest video, I still stand by my instant reaction: ‘In Search Of The Miraculous‘ could well be the most important skate video in these uncertain times. (Review) 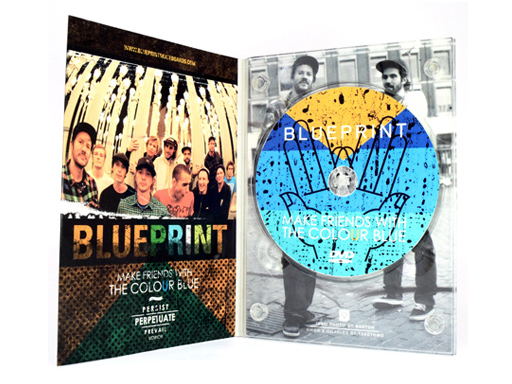 Any sort of video production would have been welcome from the Blueprint camp after fears for the future of the company penetrated the global skate conscious. But what Magee, Shier, Baines and the rest of the team delivered turned out to be perhaps one of the last great board company DVDs before the internet is officially crowned king. We shouldn’t have expected anything less. (Review) 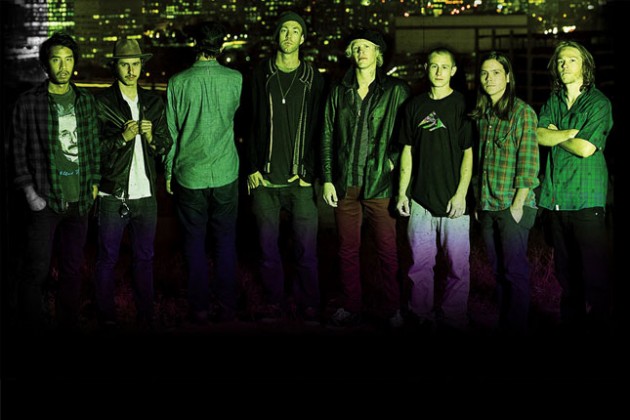 There is simply no other team in the world more talented and capable of taking stair/gap/handrail skateboarding to another level. No amount of hype prepared us for what was in store in Stay Gold. Heath Kirchart at the megaramp, Brandon Westgate confirming himself as one of the best skaters of our generation, Aaron Suski still killing it, Leo Romero earning skater of the year and – whether you needed it or not – concrete proof that Andrew Reynolds is The Boss. (Review) 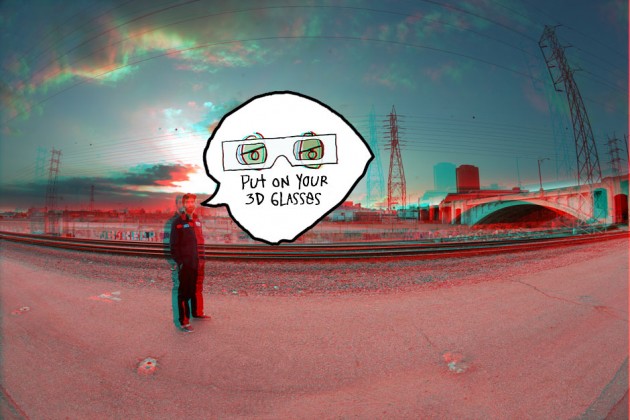 We were always expecting another fun-filled video from the Krooked crew, but to take on an entire cinematic trend with typical nudge nudge wink wink aplomb and recall the early 90s session vibe while still making an amazing video of contemporary standard… unbelievable. (Review) 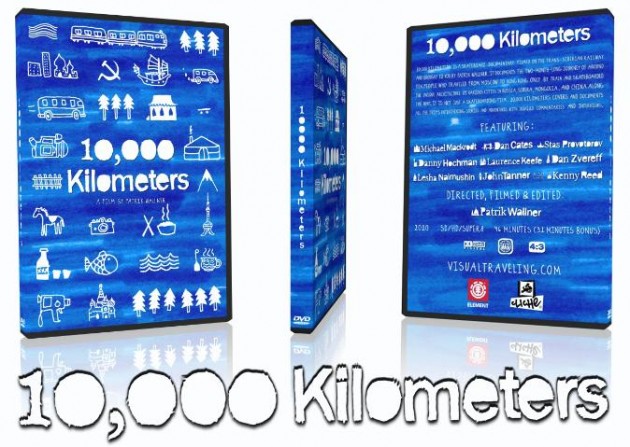 The ‘skate documentary’ has suffered the most in the fall of DVD and rise of the throwaway web edit. Try telling that to Patrik Wallner, who continues to traverse the globe in search of stories, great skateboarders and manages to capture it in a way that all filmmakers should revere. (Review) 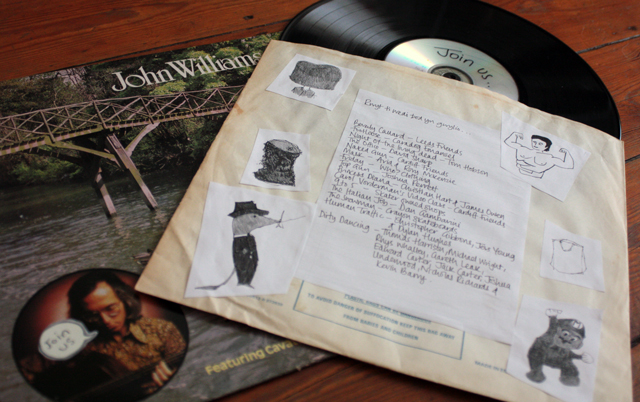 Christian Hart has been making crude videos that any pirate would be proud of for years now. But with ‘Join Us‘ he went all out. The first ‘proper’ CSC video is a triumph on so many levels, but mostly for how it fully portrays how skateboarding should always be: fun, creative, and ever so slightly stupid. (Review)

2. Monster Network – In Between Days 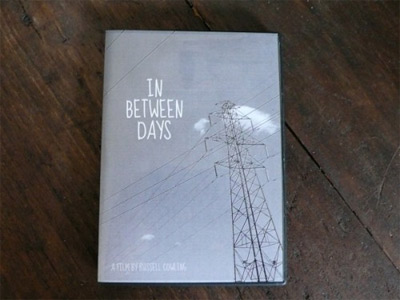 The latest video to come from the creative network of monsters down in the South East was perhaps Russel Cowling’s most refined video piece of work. Visually fluid, In Between Days was rammed with nothing but the optimism inherant in the wonderful Essex skate scene. It also had cracking new footage from the perpetually underrated Dave Watson, legends Simon Skipp and Channon King and the first proper section from someone who’s going to be astronomically huge in 2011, Nick Remon. (Review) 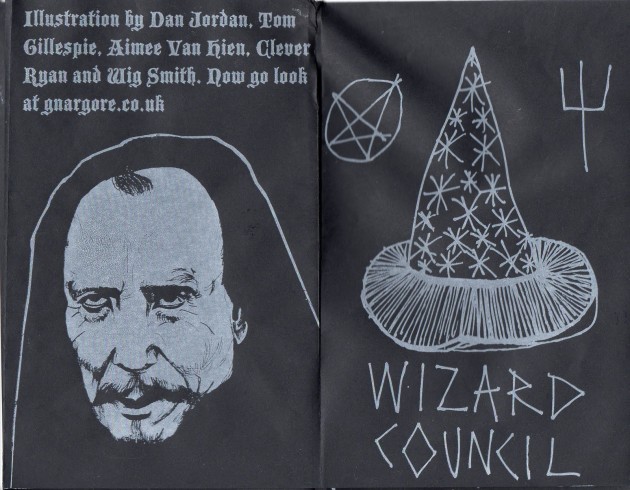 With the technology available in 2010 it wasn’t too difficult to make a professional-looking video, which is great, but it became harder to instill the fun, the comradery, the general idea of being in a tight scene and having a good time; this for the most part, was lost. Gnargore traded in expensive cameras for a fucking great time, and that’s exactly what you get when watching it. (Review)

The world is moving too fast and no one knows what direction it’s heading it. Etnies know exactly where they want to be, and so do I. In a warehouse, with friends, painting walls and skating shit obstacles. Utter perfection. A perfect concept, perfectly executed.

I realise I often criticize the way in which skate videos are moving, but if there is one positive to focus on then Dylan’s part is the perfect example of it. Skateboarders who can hold their own don’t need to be in the context of anything other than their own skating. Aptly titled ‘Dylan’, this free DVD part from Gravis took what AWS did with ‘Kalis In Mono’ and blew everyone’s mind with the result. Dylan Rieder is just incredible and no one saw this coming.

Hold Tight Henry has had a tremendous year, as has Nick Jensen. Combined we see what is possible for the web video, which is great and all, but what Henry and Nick achieved with this Lakai ad was a presentation of everything that makes London skateboarding so special. Nick and Henry ARE London.

The ones to watch, Crayon have had a year filled with positives and this visually stunning edit from Nick Richards is the icing on the cake. A relatively unknown skateboarder on the verge of blowing up cut to a track from a producer in the same situation. This ad proved that Crayon mean serious business, it also proved that Barber is proper amazing at skateboarding and stuff. That frontside smith!

Another Henry Edwards-Wood entry yes but can you name anyone that worked harder last year? For this edit, Henry was presented with the creative talents of Real’s Justin Brock and D*Face in a film that depicted the synapse where art and skateboarding meet and what wonders emerge when they do. In the short time allocated to filming Justin Brock landed one of the sickest tricks performed at Bloblands and knocked out a rarely seen f/s bigspin down the one-push stair set by the Gherkin while D*Face made the coolest looking vert wall ever. Serious stuff. 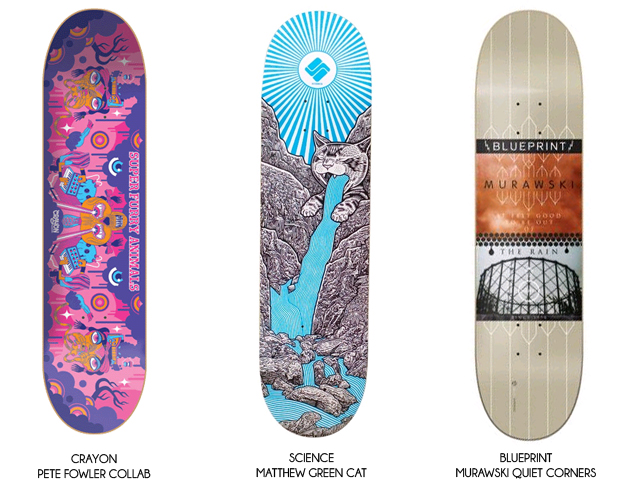 Some absolute corkers dropped in UK shops this year as more board companies searched high and low for artists to contribute their own styles to the company with each one staying true to the messages and ideologies behind each brand. Crayon appropriately hired Pete Fowler, the artist behind the Super Furry Animal’s artwork for this wonderful deck that uses bright optimistic colours and typically trippy graphics to make something unquestionably Welsh. For Science, Matthew Green drew a cat vomiting a waterfall of bright blue water and if that isn’t rad then we don’t know what is. The last pick for the best graphic of the year goes to Blueprint’s fantastic Quiet Corners series, featuring choice cuts from Paul Gonella’s superb photography and resulting in something as British as you can get. 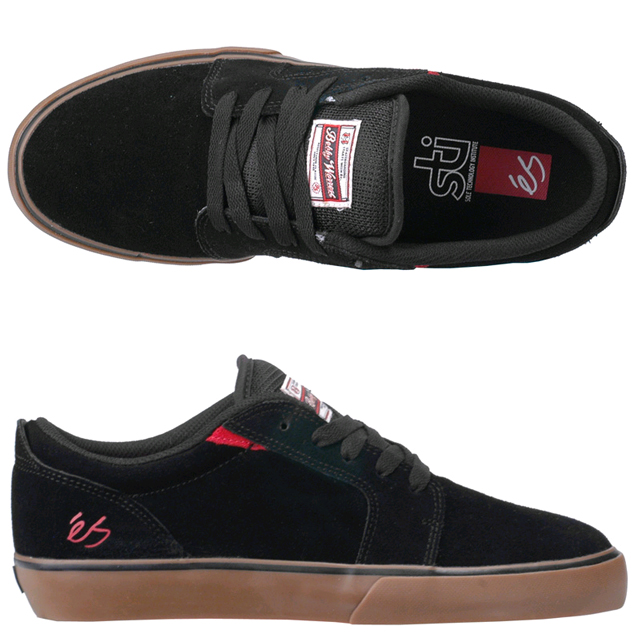 In early 2009 we were given a sneak preview of Bobby’s first éS pro shoe during our trip to the Sole Tech Labs. We, alongside many other media heads from around the world, knew right there and then that this shoe was going to be a classic. Simple design, comfortable and does exactly what all skate shoes should do… make skateboarding feel good man. So good in fact that this year we didn’t just review it once, but twice.

Word around town is that he’s fucked a thousand bitches. Damn. Swag. 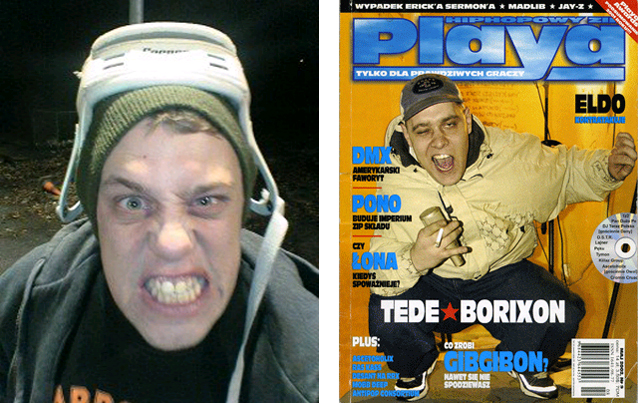 Turns out Dibble is a Polish rap sensation. Who knew? 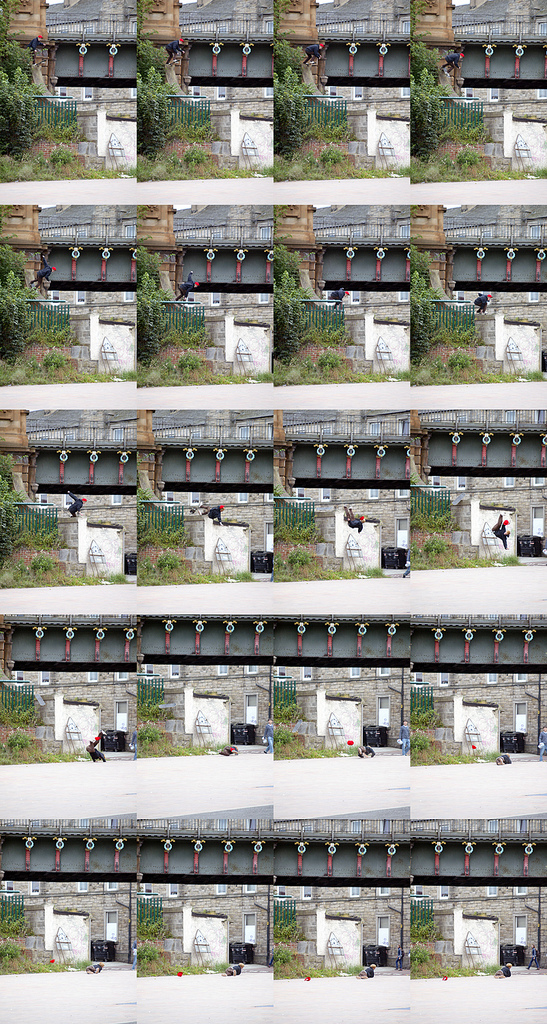 ABP. N26ers have winced at Rab Milne’s mosher drop in of doom enough already but here it is for anyone who missed it. Only in Scotland could someone survive this. ‘ave it Silvergult and big up Focus. (Photo: Graham Tait) 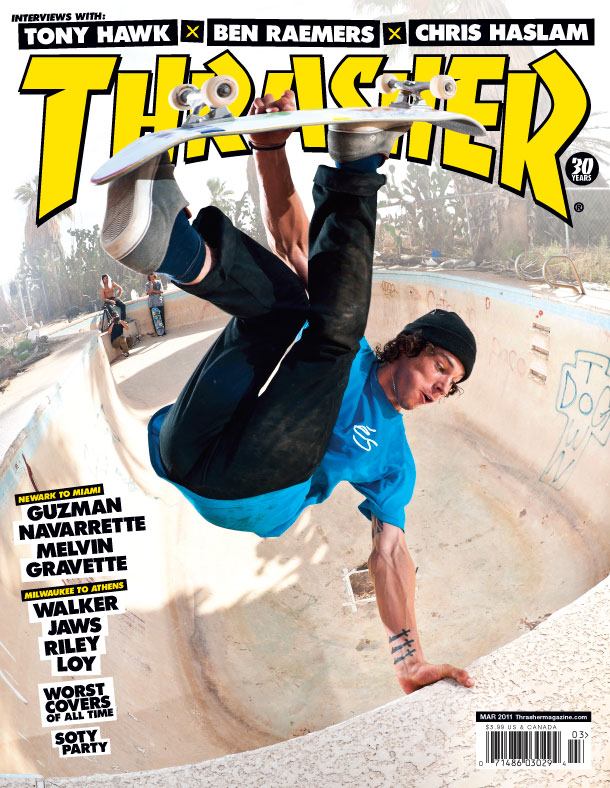 Even as a grom, Ben Raemers made a significant mark over in the states and this year just took the biscuit. After a series of edits filmed across the pond (TMA’s Birthday Edit, Thrasher’s Hall Of Meat, Slap’s 15 Mins, Welcome To America) and generally making a lasting impression (Tilt Mode themselves have said that he’s cooler than all Americans) he’s now amongst a golden few to get a cover on Thrasher. Truly incredible work. How many people do you know have had their name in print between Tony Hawk and Chris Haslam? Not too bad for a kid from Essex. And seeing the Three Swords on Thrasher too? Too much. Up the Raemers! 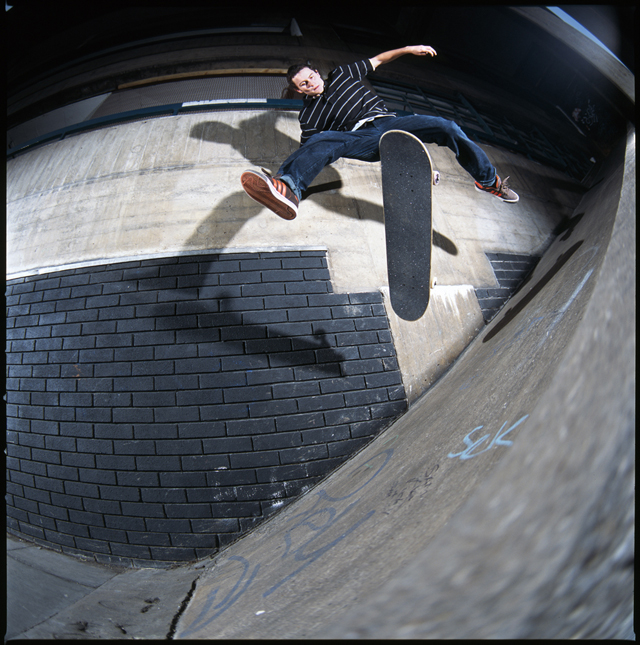 Bigged up from everyone from local Sheffield crews, online message board communities and UK legends like Mark Baines, Dan Beall has made a huge footprint on the UK scene by racking up loads of gritty and properly British footage. Look out for more radness from him in 2011 but also look out for… 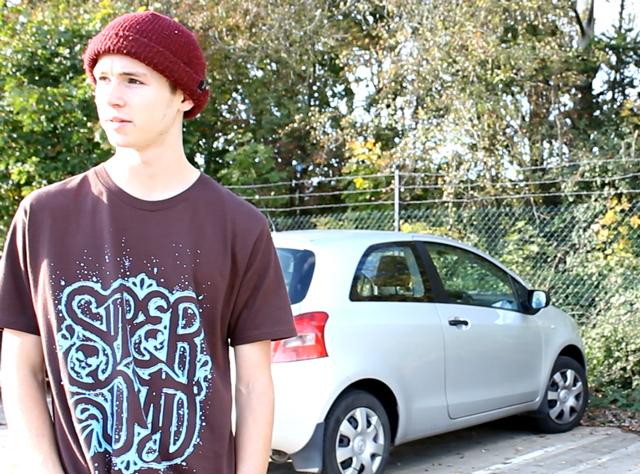 Did anyone outside of Chelmsford know who Nick Remon was before 2010? Out of fucking no where, with help from Essex mentors at Monster Network and Switch his natural talents were unleased and the nation weeped with tears of awesome. In just a few months he got on Superdead and Vans. 2011 is his time.