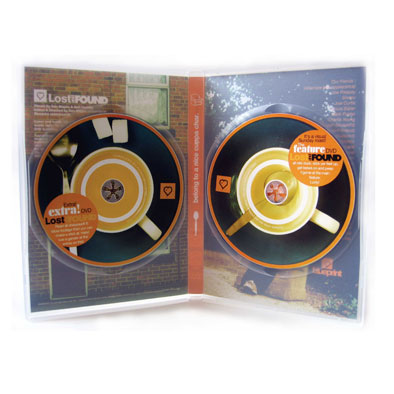 Alright, so ‘L&F’ has been out for a while and just about everybody has seen it and given it a two thumb approval, so if you’re reading this review in hope of some spoilers, or a detailed run-through of what’s on it: Sorry! None of that here because you’re already wasting enough time if you haven’t seen Blueprint’s latest offering yet. Go! Run like the wind! Don’t take ‘no’ for an answer…

Now that that is dealt with, and some of you just can’t keep your eyes off this page, I’m going to tell you about something I lost and then found again.

I once lived in the wild foreign countryside for a brief stint with my two cats, Gilbert and George. They were brothers so a certain connection there that meant they acted like a feline version of the Krays, or Laurel and Hardy depending on the circumstances. Anyway, Gilbert and George loved the countryside and often went of 12 hour hunting escapades and adventures together. I never really knew where they went, but they always came back exhausted with fat bellies, purring in front of the stove. One day however, George did not come back. The first evening didn’t worry me and neither did the following day due to my cats’ independent attitude. However, when Gilbert stayed home for the second evening and following 3 days, I knew George was in trouble. The worst thing was that I could hear him calling, but I didn’t know where…

Gilbert miauled out to his kin and a wavering response could be heard from the environs. It was quite distressful to say the least. On the fifth day of absence, I decided to go and visit the neighbours, and see if they knew anything. The neighbours were never there even though they owned a huge house with lovely garden. As I let myself in and made many way up the different floors and through the various rooms, I began to hear George calling except this tim it was stronger and more desperate. I knew I was near. Had my neighbour kidnapped the cat? Gilbert followed me on my investigation, and it was when we finally reached the attic that George sprung out from behind the heavy door and leapt into my arms. He was looking weak, but he was alive. I had found my cat!

After that episode, Gilbert and George were even more inseperable and never strayed into the neighbours empty house again. I later moved to the city and our missing cat episodes ceased. So, there you go. You now know what I lost and found, and that reading this far was a waste of time because all you really needed to know was in those first 3 lines.