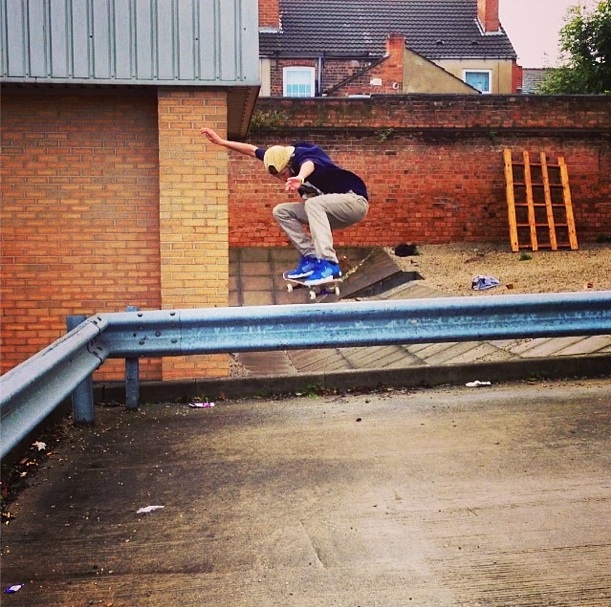 “I’ll be honest….I’m pretty confused with this Selfridges skateboard fashion fiasco. At first I thought it was a bit of a mug off to skateboarders/our industry etc but then it seemed to be gaining the predictable legitimate backing from certain industry figureheads and cool brands on the basis that ‘people need to get by’, ‘mouths to feed’ bladeeblaa.

Then, during a week’s break abroad, I tapped into the world wide web one day and was bombarded with SM notifications, texts and emails about an article that Nellie Eden had posted on the Marie Claire website. Being late to the party, I was unable to read Nellie’s instructions on how to dress and behave in order to pick up ones hot, single skater date, as it had already been removed from the MC site, but I got the general gist that the feature had caused a bit of a stir. Having read the article on my return, Crossfire asked me to put across my point of view.

Firstly, I’m a thirty year old female skateboarder and am no way in the same demographic that Marie Claire targets, therefore luckily, I have never been subjected to any of Nellie or her colleagues’ ill-informed articles before. When I say luckily, I really mean it. If I was one of the young and impressionable girls that make up MC’s readership I might have read this nonsense and missed out on the opportunity to try an activity that has led me to travel the world, meet lifelong friends and improve my fitness, health and well being! Explicitly telling young females not to try skateboarding?! The girls-only skate session at said skatepark last week saw over 50 attendees ripping it up and was so popular that they will be holding a second session on the 15th. 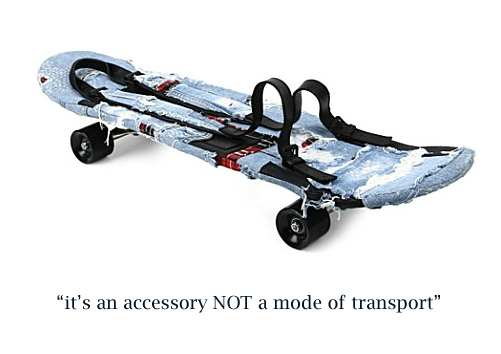 What was Nellie thinking?! It is the perfect time to be celebrating and encouraging women’s participation in sport what with the success stories from 2012 and more recently with a British female snowboarder making the front pages of the daily newspapers! However instead of rejoicing in this move towards getting more women active, Marie Claire suggests we all don our plaid uniforms (2005 called….!!!) and ogle at the ‘hot skater boys’ whilst doing our best mall grab with our shiny designer skateboards. Perfect stance to really close that gender inequality within sport and physical activity. This 19th century sexist depiction of women is disgusting and with a viewpoint like that, one can hardly wonder when a woman would find the time amongst the washing, cooking and ironing to hang out down at the skatepark!

The only part of Nellie’s article that I didn’t find too offensive was her use of the objectification of men. This type of thing within the media occurs about women on a daily basis. It’s evident in the fact that Page 3 still exists! So guys, don’t lose sleep over this one, and don’t tell me you aren’t secretly excited by the prospect of a swarm of female attention down at the skatepark. Plus ‘meals-on-wheels’ is actually pretty funny!

But what of the whole ‘fashion party’ side of things?! Well we all know that skate/surf lifestyle has been at the forefront of fashion since forever. Some can still remember the good old days of greeting a stranger simply because of the shoe brands they sported, but today we see townies in Vans, skaters in Adidas and chavs in DC’s. It’s a sorry state of affairs and this Selfridges thing is probably only really making it worse in the long term. Sure, they’re providing a pretty, little, unsustainable skatepark for 3 weeks, and they’re selling overpriced, designer skateboards that aren’t even meant for skateboarding, but please tell me how will it benefit skateboarding in the long run?

So Nellie, you’re welcome to our ankle swingers and sportswear brand skate shoes. You can have our bucket hats and £80 hoodies. You can even have our plaid shirts and weed leaf socks, but don’t, whatever you do, try to dissuade young female girls to try something positive. It’s something that will help them experience rad times like never before. If you’re a girl skater, or you are a girl who is interested in becoming a skateboarder, or even if you just know a girl who wants to skate, then encourage them to try new things, especially skateboarding.”

Read another recent ‘open letter to the Telegraph’ in reaction to Lee Coan’s awful blog on skateboarders here.