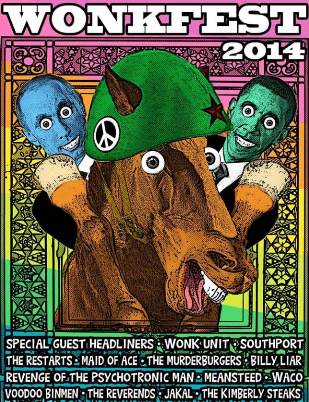 Some people argue that less is generally more. However, when it comes to punk gigs I find that as a general rule, more is more, and so the Wonkfest all-dayer at the Grosvenor pub meant a change in my usual weekend skate plans (this sacrifice made easier by the closeness of Stockwell skatepark, which was hit for the majority of the day until dutch courage sunk into the unhinged clumsiness of the intoxicant). This year’s proceedings were given a bittersweet tinge by the fact of this being the last weekend of punk music before the Grosvenor shuts its doors, victim to the ruthless redevelopment of London as a playground for the rich and braying. In their world of hair gel and paparazzi there is little place for a venue such as the Grosvenor, welcoming as it does punks, poets and oddballs. When the battle is lost, what more to do than dance and raise a drink to the good times?

Alongside the Bird’s Nest in Deptford, the pub has been one of South London’s punk enclaves for as long as I’ve been visiting the city. Its floral wallpaper and battered pool table evoke the spirit of a traditional London pub in a way that East London’s hipster retro bars can only envy, with the large gig room at the back coming as a surprise in what seems at first to be such a cramped space. Originally planning to make a full weekend of gig-going, diminishing funds meant that my focus had to be narrowed down to the Saturday. This was the obvious choice due to a killer line-up featuring some of the best live spectacles that the UK punk scene has to offer. I headed down late in the afternoon to find the bar heaving, the buffet decimated (it turns out that buffets are an often overlooked key ingredient to an epic all-dayer), and London dub/ska/punk outfit Jakal in full swing. The day was almost sold out by this point, the crowd was starting to fill out the gig room and the vibes were good. The band’s heavy dub sounds, occasionally ramping up into a skanking whirlwind of noise, were the perfect choice to keep everyone dancing and grinning as the beer started to fly. 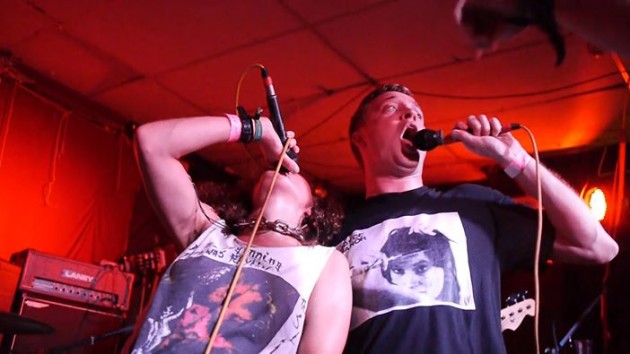 This turned out to be a brief excursion into the fray as I had some stuff to take care of, unfortunately missing the Kimberley Steaks in the process. I returned in the middle of the Restarts’ rendition of ‘Big Rock Candy Mountain’, a good moment to walk into whichever way you look at it. At some point a bottle of Buckfast was produced on stage and passed around the crowd, with everyone drinking a toast to the venue and its owner, while on stage the band pummeled through a set of raw and dirty hardcore punk. 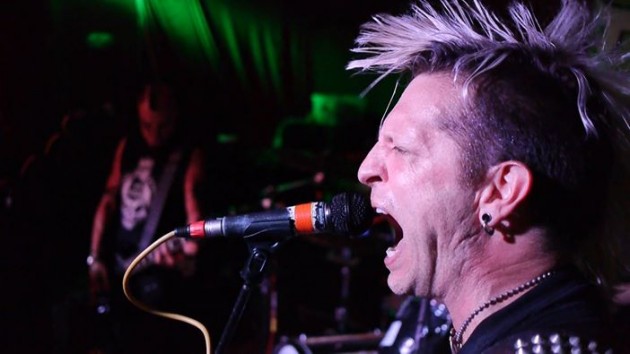 The crew started to show up as I headed outside for a pint and some sun, before rolling in en masse to see the Reverends’ set of melodic, early 80s influenced shout-a-longs. With a tight set of songs to match a big stage presence, I highly recommend catching them next time they’re on a bill near you. Manchester stalwarts Revenge of the Psychotronic Man were up next, a freight train of high octane hardcore and drinker’s poetry straight through your cranium. Its times like this when injuries really become a drag, the front was calling but I was too beaten and scarred to answer. I lurked at the back with my beer and soaked in the atmosphere, and was still pretty fucking stoked. 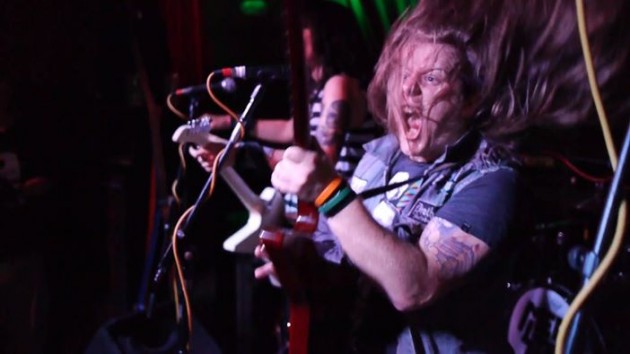 Meansteed were the evening’s wild card, but with that much energy and the songs to back it up they immediately converted the crowd to their AC/DC meets Sex Maniacs riffage – skate metallers unite! We staggered out to the beer garden with grins on our faces, giving our ear drums and sweat glands a break to enjoy the warm Brixton evening, before heading back inside to see special guests and last minute additions Hard Skin. By this point the day was catching up to me, so I can’t remember any specific pearls of wisdom from Fat Bob but I’m sure everyone was roundly heckled between shouting along to Oi! classics like ‘First Day Angry Song’, ‘Crack on Have a Booze’, ‘Whose that Boy?’ and watching the landlord crowd-surfing across the entire room. 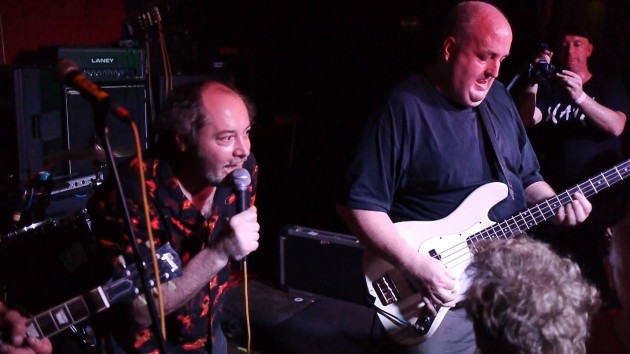 Being, as it was, Wonkfest, closing duties went to Wonk Unit. Having gone outside again for air, we walked back in to the entire crowd shouting along to ‘Wood Pigeon’ which I’m assuming was their first song. It is testament to the band’s song writing abilities and to the crowd’s booze tolerance that, after a full day in the pub, synapses were still moving fast enough to keep up with front man Alex’s frenetic and poetic delivery. In fact, the combination of heat and all day drinking didn’t have the usual knock out end result on too many, and the crowd were still grinning and dancing until the very last chord of the intricate and mesmerising melodic punk that Wonk Unit specialise in had faded into the night.

We staggered home safe in the knowledge that one of London’s punk institutions had been done proud – if ever a venue had a fitting send off, it was Wonkfest 2014. RIP the Grosvenor! 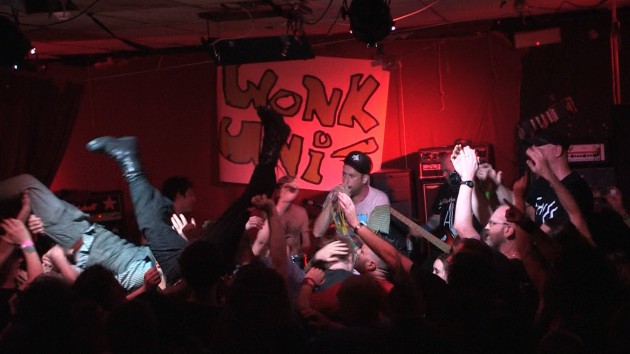