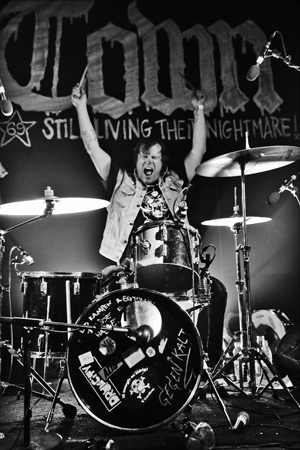 Regulations, from Umeå in North-East Sweden, are a huge favourite at Crossfire with their kick-ass Hardcore that’s greatly inspired by the classic North American sounds of the early Eighties. Their 3rd album ‘To Be Me‘ is out now on Ny Våg Records in Europe, and Deranged Records in North American and is guaranteed to get your stereo shaking.

Pete Craven spoke to with guitarist Marcus and singer Otto on how they crank out hardcore that is up there alongside the finest ever made.

Ok, can you first please tell us some of background on Regulations history…

Marcus: Alright; Me, Otto and Jens used to play in E.T.A. (Epileptic Terror Attack) and we broke up we started jamming on some new stuff with Robert who recently moved to Umeå. That was back in late 2002. We played our first shows in early 2003. Since then we’ve released a couple of 7” EPs and LPs and toured a bunch of times.

Your home town Umeå has a long tradition of great Punk and Hardcore bands, how much of an influence on you was this scene in your younger days?

Marcus: For me it was a huge influence since it was the local hardcore and punk bands that got me into hardcore and stuff. I went to all (almost) shows back then, from like 1992, and it was just great fun. Listen to the old Umeå bands today, almost nothings sounds good, not any of the records. There’s some good demo stuff though.

Otto: ‘To Be Me’ has no real message but it’s more a contemplation.

When you sing you are living ‘In the Shadow of a Mall’, are you singing about American Malls, or Swedish Malls? Is Sweden losing a lot of its own identity now?

Otto: I sing about Swedish malls – how they pop up everywhere and take away every other type of store. I wrote the lyrics to ‘ITSOTM’ when I was living in a suburb to Stockholm and they built this huge mall that basically took over the whole suburb centre.

What is the political situation like in Sweden at the moment? I get the impression that it is leaning more to the Right?

Marcus: That’s correct, and it sucks. Moderaterna (the name of the party) just try to make life a living hell for everyone that’s not rich and from Stockholm. But there’s a new election this fall and the right wing has never managed to win two times in a row – and we need to make sure it doesn’t happen this time around either. 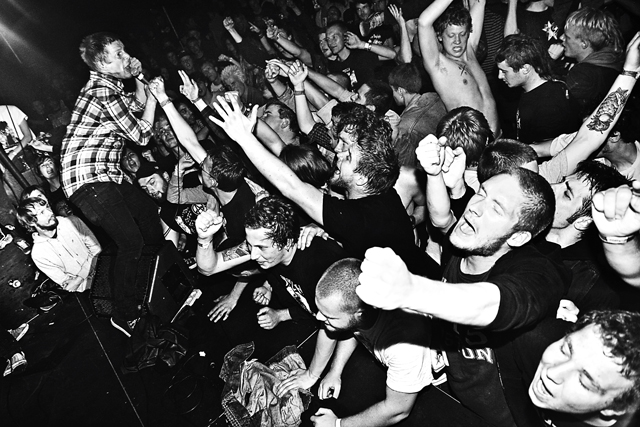 We have a new coalition Government in the UK. Did our election get much media coverage in Sweden?

Marcus: Yes it did, but I didn’t pay much attention to it though. Too busy playing music!

Swedish bands have a reputation for big touring and you have been all over Europe, North America, South America, even Australia which must be an amazing experience! Were these all DIY tours? Have all they been successful?

Marcus: Touring is indeed a great experience. It’s a great way to see other countries and to make friend with good bands all over. I guess all our tours are done in a DIY way – it’s all done by us together with friends. We hardly ever work with booking agencies and try to stay away from the business side of music. I think that all tours have been successful – they have all been fun! Lots of people showing up, good times.

Where have been some of your favourite places to play?

Marcus: It depends, but New York, Portland, Toronto, Copenhagen and Stockholm have treated us well most times! Umeå is also fun!

Where’s next and why haven’t you been to the UK yet? Make it happen, please!!

Marcus: We’re trying to find the time to do a European tour this year and UK would be great. 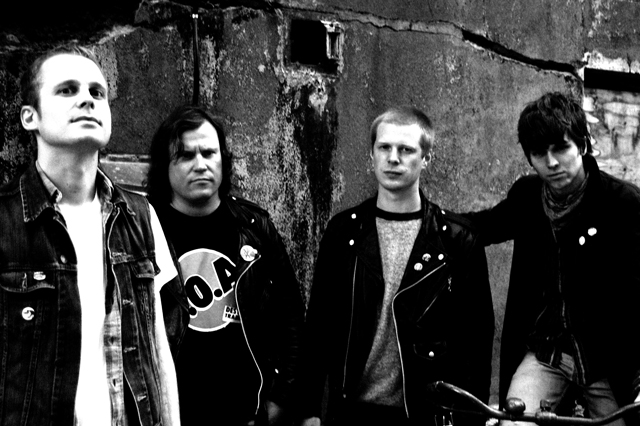 With so much of your time invested in the band, are you able to hold down full-time jobs, or studies?

Marcus: A few years ago no one of us had full time jobs – we had shitty jobs that we quit for touring. But nowadays we all have full time jobs or something similar to that. That’s a big reason that we don’t tour as much anymore.

Marcus, you also play in U.X. Vileheads (I just got the first EP which is great!) – are any other Regulations in different bands?

Marcus: Thanks! Yes there are a few Regulations-related bands: Masshysteri, AC4, The Vectors, Instängd to name a few…

I’ve been listening to Punk since the late Seventies, and I am still discovering great old music that I didn’t hear the first time around… like recently I saw The Authorities (from California) who were excellent! Have you heard any old bands for the first time recently that got you excited?

And what about modern bands, who have you got on your turntable at the moment to recommend, please?

To borrow a line from Sweden’s very own Slam… are any of The Regulations wild riders of boards?

Marcus: Yes we all Skate! Not as much anymore but there’s a new skate park in Umeå that’s really great. Rise Above Skateboards did a bunch of Regulations-skate decks two years ago look out for them!

Find the finest Hardcore to ever be made in Europe by Regulations at Myspace.