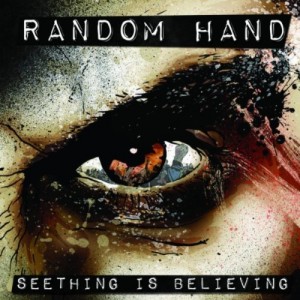 If the term ‘ska/punk’ instantly makes you think of bands in Hawaiian shirts doing wacky covers of popular 80s tunes, then please cast aside those preconceptions for 40-odd minutes. Yorkshire quartet Random Hand have created possibly the most aptly-titled record (their third) of the year, and the musical fury and socially aware lyrics within share more common ground with the Subhumans and Capdown than with the likes of Reel Big Fish. It’s a very well-produced effort, in the sense that it sounds beefy rather than polished, and there’s plenty of British grittiness in the mix.

None of this would count for much if the overall result wasn’t any fun to listen to; but as the raging guitars and air-raid-siren horns of ‘Tales Of Intervention’ come ripping through the speakers, you’d have to be dead (or possibly a Paramore fan) not to feel at least a slight adrenaline rush.‘Not A Number’ and ‘Due To Circumstance’ should deservedly strike a chord with anyone who’s feeling the pinch of the government’s financial cuts, and first single ‘Bones’ is a ‘carpe diem’ anthem up there with the best of them. But perhaps the most impressive cut on offer is ‘Floating Ghosts’ which segues seamlessly from a raucous start, through islands of reggae-esque calm, to a metallic riff-driven finale; a fine indicator of the band’s versatility.

‘Seething Is Believing’ may well suggest that the quality of UK ska/punk has not declined with its popularity, but ultimately Random Hand shouldn’t be labelled as part of a particular musical scene. They’re a smart, hard-rocking band that kick serious arse live – and they’re probably playing near you soon.