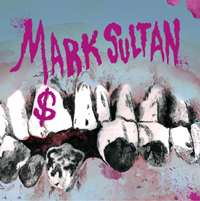 As previously reported, Mark Sultan will be releasing his new album ‘$’ on November 8th through Last Gang Records.

The first video to come from the album is for ‘Status‘ and it’s pretty special in a totally NSFW way. This cut of garage rock is set to sci-fi and cartoon visual pastiche, with plenty of stuff to get simultaneously nostalgic and psychadelic about.

Watch it below. Contains a couple of scenes you probably won’t want your supervisor catching a glimpse of, unless they’re into that sort of thing. For more King Khan and BBQ related goodness check out our Tune of the Day.