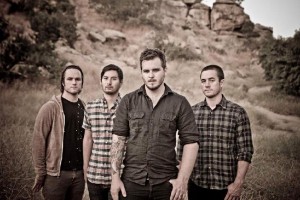 Thrice have announced the tracklisting for their seventh studio album, Major/Minor.

The album, which follows up Beggars from 2009, is released on September 19th and the tracklisting is below. You can also check out the track Yellow Belly on the SoundCloud.