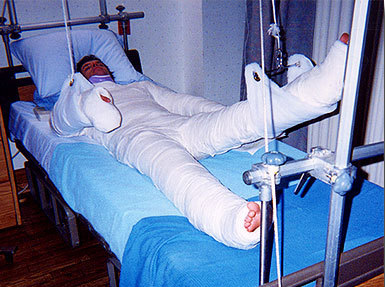 A story has emerged stating a religious nut has taken a serious kick-in from Metal fans this week following the death of former guitarist and Slayer founder Jeff Hanneman.

Allegedly Religious blogger Manfred Peregrine had tweeted that he was going to picket Hanneman’s wake and the burial of his body alongside other faith members. His outbursts apparently caused much offense which led to the Christian right wing protester hospitalised after a savage attack by Slayer fans.

It is reported today that he suffered “several broken bones, a concussion and …a pole shoved in his ass”. Hmmmnn…

Never fuck with Slayer fans and don’t believe the hype. 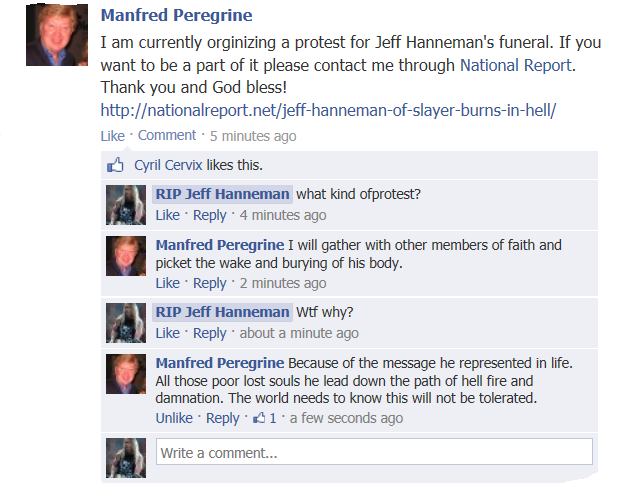