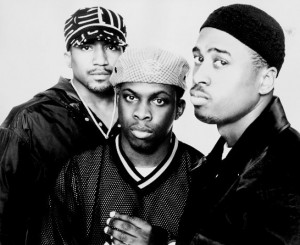 Q-Tip and Michael Rapaport have come to a head once again over the latter’s documentary of A Tribe Called Quest.

With the film due for release soon, Q-Tip has warned other rappers to tell their own stories, instead of letting someone put a different slant on their lives. He said:

“…this is just another warning shot, a flare coming from a cannon so that they could get this thing right…The other thing is, to everybody out there in Hip Hop who’s crossed the threshold, who’s done work, who has a history, whether it be Queen Latifah, Rakim, Wu-Tang, Jay-Z, Nas, Ice Cube or N.W.A., yo, tell y’all own stories…This Hip Hop shit is our shit.”

Rapaport then replied by saying the interview had been confused by Tip’s comments, saying:

“I don’t understand what he was talking about with telling their own stories…Martin Scorcese does movies about gangsters, and if you’ve ever been around Martin Scorcese, he’s the furthest thing from a gangster…Last time I heard from Q-Tip he sent me an email and he said, ‘All you gotta do is stay white and be privileged.'”

It’s a shame it’s come to this, but peep the trailer below and get hyped anyway because it does look good: