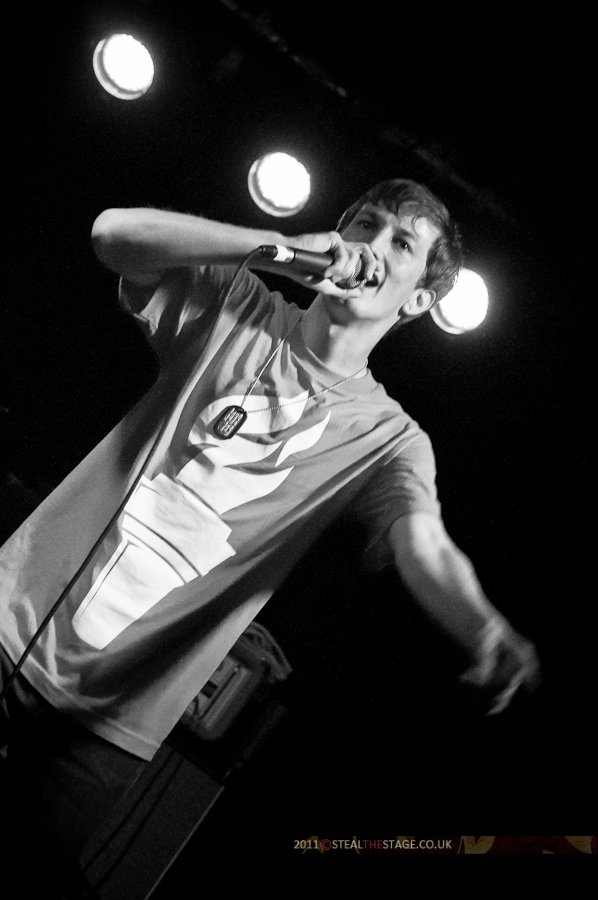 Before their appearance at the punk rock shindig of SLAM DUNK, Set Your Goals rolled up into Bristol bringing along some friends and hopefully some fresh tracks to entertain the masses that have ascended upon the venue.

The fresh faced horde crammed up against the barrier seemed quiet unresponsive tonight and was quite noticeable for the support bands. I managed to miss Decade, who opened up the night, but caught the start of This Time Next Year who despite churning out some cheery and buoyant pop-punk failed to lift the atmosphere.

Massachusetts’ quintet A Loss For Words were up next and faired a tad better. AL4W have been on the scene for a while and with the band being added to Rise records roaster it seems they are now getting some reverence from their peers. The band possesses an abrasive edge that is flawlessly surrounded by huge melodies and really stands out on ‘stamp of approval’. Their performance tonight AL4W have potentially gained some new fans. Its tonight’s headliners the crowd are eagerly waiting for and Set Your Goals finally take to the stage to a boisterous reception.

Opening up with a brand new track, Set Your Goals blast into action and soon enough front men Jordan and Michael immediately charge towards the front, clambering on the monitors and getting right up against the crowd in unified force. Several times I had to dodge Jordan as I was crammed in the nonexistent photopit space between the monitor and barrier while also trying to photograph the band. Being so close I experienced the full force of the band, and I wasn’t surprised when they exploded into ‘Look Closer’ that it really took off, with both the front men thrusting their mics to the crowd who were enthusiastically singing word for word.

The bands energy sustained further playing old favourites such as ‘Goonies’, and from Mutiny! ‘Work in Progress’ that seamlessly progressed into ‘We Do It for the Money, Obviously!’. It was infectious to see the contrasting figures of Jordan and Michael, synchronising the vocals seamlessly, switching from mellifluous melodies to hardcore shouts, and conveyed perfectly when the band went through tracks from ‘This Will Be The Death Of Us’ such as the fiercely sharp ‘The Fallen’, the singalong anthem ‘SummerJam’, and the dynamically potent ‘Our Ethos: A Legacy To Pass On’. With the eminent release of their new album ‘Burning at Both Ends’ Set Your Goals played another new track titled ‘Start The Reactor’ which on the surface may lack the same punch that the band are known for in previous releases, however it did still retain that contagious melody so prevalent so many of their songs. 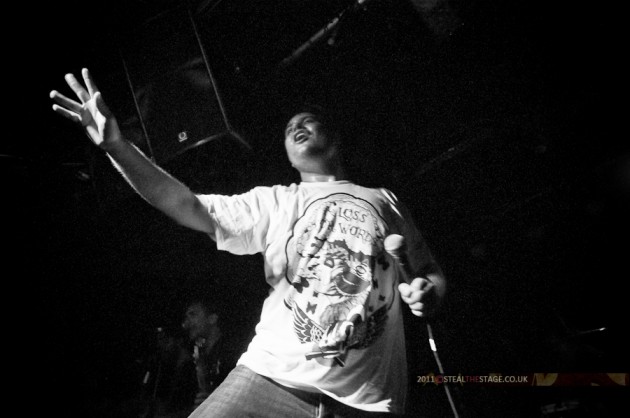 Their penultimate and heaviest song ‘Gaia Bleeds’ we even get to see guitarist Audelio Flores stepping to roar out Jon Gula’s part. The band finally ends with crowd favourite ‘mutiny!’ which gets the best cheers tonight, and also the most raucous reaction. Even with the timid atmosphere at the start of the show, it was the sheer energy of Set Your Goal’s delivery that really shined through tonight.