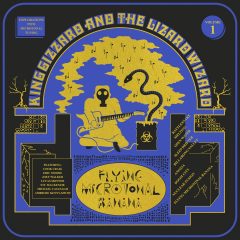 It’s no question that King Gizzard & The Lizard Wizard are the crowned kings of contemporary psychedelic rock in 2016. With nine full-length albums released in only four years, their ethos and work ethic is both inspiring and immensely admirable. However, today they surpass all expectations with the news that they will not only be releasing their tenth album, the wonderfully titled ‘Flying Microtonal Banana’, in 2017 but also FOUR other records. In ONE year.

Let that sink in whilst first cut ‘Rattlesnake’ slithers into your ear canals. This can only be one of two things, suicide or pure genius.