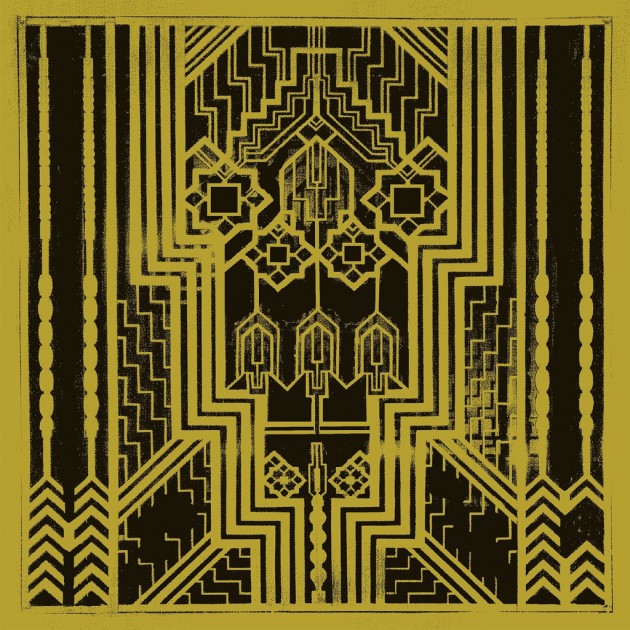 Over the last 11 years, Hey Colossus have become something of an institution in the UK’s noise-rock scene. They’re absurdly prolific, this is album number nine, devoutly experimental – and heavy as a sack of spanners.

Their growing esteem and popularity likely has much to do with the band’s sharp changes in tone and style from LP to LP. Each one takes them into uncharted ground, exposing them to new audiences along the way. Recent releases have even garnered glowing reviews by broadsheets determined to assert their ‘cool’ – what more could a band so uncompromising and antisocial-sounding ask for?
Yet with ‘In Black and Gold’, the follow-up to 2013’s acclaimed ‘Cuckoo Live Life Like Cuckoo’ they’ve managed to deliver a record that pulls beauty from their copious wreckage more so than ever before.

Much of the tonal shift on this latest LP can be attributed to guitarist Jonathan Richards stepping up to provide more of the song writing than on previous outings.

A skateboarder since 1988, Richards intimates that much of his material was developed in his head while on-board: ‘The songs feature lots of banks and transitions that came directly from skating. The changes in rhythm and pace as I skated helped develop the blocks of sound that I would eventually translate to guitar when I got home.’

The result is a record that takes in a wide range of styles and moods, whilst managing to retain the trademark meditative aggression the band have developed in recent years.

Live, Hey Colossus have earned a reputation for show-stealing performances that are as unpredictable and confrontational as they are hypnotic. With a UK tour ahead to promote ‘In Black & Gold’, there’s a chance to experience the wall of sound created by this 6-man worrying proposition for yourself.

Last two shows sold out in Bristol and London this past weekend. Don’t miss out on the rest of the tour dates!