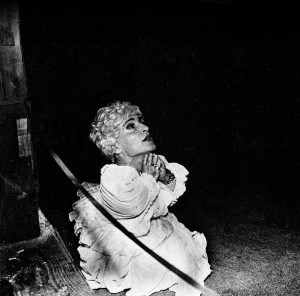 This may be only the third proper Deerhunter album, but in modest indie terms Bradford Cox has become something of a star. Whether it be under his own successful solo moniker Atlas Sound, or fronting Deerhunter, Cox has made a name for himself as both a gifted songwriter and music obsessive. As with any new recording baring his stamp, then, Halcyon Digest comes carrying the heavy weight of expectation.

From the noisy experimentation and psychadelia found on their debut Cryptograms, to the critically acclaimed indie rock found on 2008’s Microcastle, Deerhunter have covered a lot of ground in a short space of time and Halcyon Digest continues this trend. The band’s trademark reverb laden guitars are back, giving the record the feel of a lost gem from a past decade. The appropriately named lead single ‘Revival’ is a good example, with a warm and simple sound that feels far removed from the heavily distorted guitars of the band’s earlier work.

In a way I miss the band’s experimental edge, which had up until this point contrasted with the more stripped back approach of Atlas Sound. However, the songwriting here is unsurprisingly top notch, and there shall undoubtedly be plenty more twists left to be taken in the Deerhunter story.  While the band may have sacrificed some of their experimentation since Cryptograms, this has allowed for perfectly refined songs the likes of which could only be possible once those excess layers of fuzz are removed. ‘ Helicopter’, for example, is built around the simplest of chord progressions, but such care has been put into its construction that it needs little else. As Cox’s voice melts into the song’s chorus he strikes upon a melody that no level of pedalboard wankery could match, singing, “Oh these drugs played on me in terrible ways, they don’t play like they used to play”.

While it’s true Deerhunter’s latest is their easiest on the ear by a long shot, the band has lost none of their strength in depth. By cleaning up their sound they have managed to produce a set of crisp nostalgic pop songs, but still with thick layers of ambience to discover and enjoy. Whether this is as good as Cryptograms or Microcastle, I’m unsure, but this could be any other songwriter’s masterpiece.

One thought on “Deerhunter”